Nebraska focuses on drought in the Middle East and Africa: BTN LiveBIG 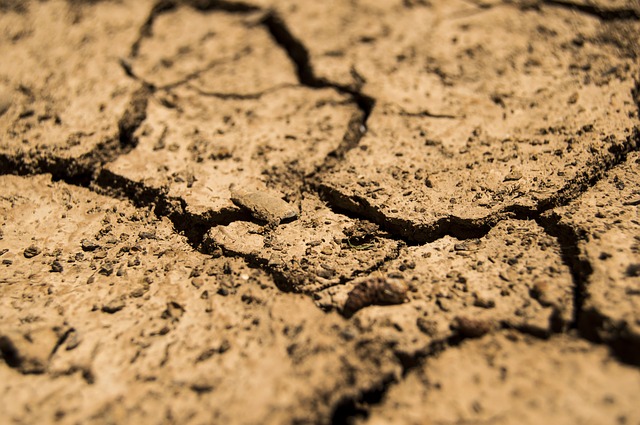 The Middle East and North Africa are already among the most water scarce regions in the world. When a drought occurs, the lack of water becomes especially problematic.

To address these problems, the National Drought Mitigation Center (NDMC) at the University of Nebraska-Lincoln and the Robert B. Daugherty Water for Food Global Institute (WFGI) at the University of Nebraska are teaming up to lead a $4-million research effort to balance water consumption and increase agricultural productivity with an overall focus on drought management.

?Droughts tend to exacerbate existing issues, especially in areas with limited resources such as the typically semi-arid and arid MENA region,? notes Michael Hayes, director at the NDMC. ?This is why droughts can create such significant impacts.?

?It?s a water limited environment from the beginning, so being able to monitor the onset of drought and mitigate its impact on the population is an important thing,? adds Christopher Neale, director of research for the WFGI.

The NDMC produces a drought monitor which is relied upon by federal and state level government, as well as news agencies, to gauge droughts and signal whether or not there is a drought calamity. It also helps countries and states develop policy and preparedness to deal with droughts.

?The NDMC has a long-term legacy of working around the world,? explains Hayes. ?Although droughts may look differently and create impacts that are unique to each locality, many of the lessons learned are transferable.

?Often, managers dealing with drought impacts can feel like they are alone trying to identify solutions. We can bring these managers together so that they can share their experiences with others who have gone through similar situations,? adds Hayes.

The WFGI focuses on water productivity and, for this particular project, will develop a satellite-based evapotranspiration product that will feature a map of all the countries in the region and show how much water the different plants, services and vegetation use on a daily basis. It will also serve as an early warning system when rain is absent and an indication of a drought is present.

That effort will begin with a focus on five countries: Lebanon, Jordan, Morocco, Tunisia and Egypt.

?However, we?re developing the evapotranspiration product for the whole region and when we launch it next January, we want people to download the product and use it but then come back to us and say they want to participate,? explains Neale.

While the NDMC and the WFGI are leading the efforts, the groups are collaborating and partnering with several other organizations, including the Food and Agriculture Organization of the United Nations (FAO), based in Egypt, and Dubai?s International Center for Biosaline Agriculture, as well as colleagues at the University of Maryland and at the Agricultural Research Service?s Hydrology and Remote Sensing Laboratory. In total, dozens at the university level, hundreds at the country level between governmental, regional and local agencies and thousands of farmers on the ground will contribute to the effort.

The groups will also look at crop production and work to identify areas of high and low productivity then partner with local and regional governments to identify the reasons for it and help them draft policies to deal with the problems and increase productivity. As part of that effort, they will seek out what Neale describes as ?champion farmers.?

?What we want to do is find the local champions, the farmers who are doing everything right despite the difficult conditions,? Neale explains. ?Then we want to try and bring everyone else to the same level. It could be depleted soils, lack of infrastructure, poor quality of seed or lack of fertilizer? there are a variety of reasons that productivity could be low in a particular region.

Once they?ve identified the most successful farmers, they?ll work on correcting the problems that are causing the low yields or high water use.

?Improving drought management in the region, as in anywhere, is a process,? notes Hayes. ?We are hoping that the officials and stakeholders working on the project will begin working toward this process of improving long-term drought resiliency.?

Both the NDMC and WFGI are optimistic they will be able to make an impact on those in the MENA region. For Hayes, measuring the success of the effort comes down to a willingness of those affected to take part in the longer-term process of identifying successful drought management strategies.

?Droughts in the region are not new-their impacts go way back,? Hayes explains. ?However, new drought monitoring and drought management strategies provide opportunities for the region to assess and understand droughts in ways not available before. Hopefully these strategies can help build resiliency and reduce some of the potential impacts to stakeholders resulting from droughts in the future.?