This milk takes months to spoil thanks to Purdue researchers: BTN LiveBIG 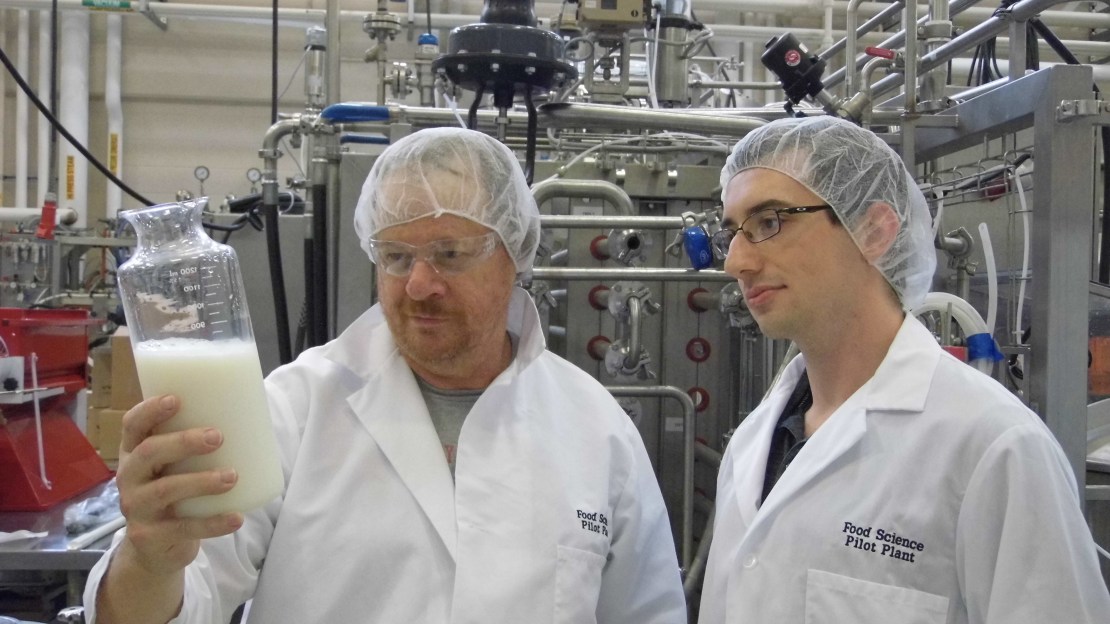 Not since famed French scientist Louis Pasteur came up with his pasteurization technique has there been a breakthrough in milk production like the one Purdue University food science professor Bruce Applegate has discovered.

Applegate and a team of students from Purdue and the University of Tennessee took the process of milk pasteurization — heating it up and then cooling it in order to kill harmful bacteria — a step further, raising the temperature another 10 degrees for just a second. The process kills up to 99 percent of the bacteria left over after it has been pasteurized.

?Pasteurizing takes out all the bad bacteria,? he says. ?The issue is there is still bacteria that survives. That rapid heating inactivates the microbes. It gets rid of the bacteria.?

The result is milk that won?t spoil for up to two months, a development that could have a huge impact for suppliers, and potentially keep milk prices down.

?Milk doesn?t go straight from warehouse,? Applegate says. ?It?s going to stores. Any shipping time, you?re losing that shelf life. Having that short time frame really forces you to do a lot of time management that you wouldn?t otherwise do.?

He published the results of the group?s research — which has been going on for four years — in the journal SpringerPlus.

That research involved a half-dozen or so graduate and undergraduate students working with samples to see which bacteria would survive under which conditions. Many times students would start their testing in the late afternoon, working through the night to study the behavior of the microbes — and the best way to eliminate them.

?We had to do it the old fashioned way,? Applegate recalls. ?You would put it in and do your tests and hope you were right.?

The project came about when a New York-based company, Millisecond Technologies, approached Purdue. The team also received funding from the Agricultural Research Service of the U.S. Department of Agriculture.

?We hooked up with (MST) because they had a problem and we fixed it,? Applegate says. ?But the work is still progressing. We plan to do more.?

In fact, they are already doing tests on a number of liquids, including fruit juices and coconut water. Applegate said the goal is to be able to eliminate as many of the preservatives as possible in the production of such juices.

But they also want to make sure the final product is as close to the original as possible.

?One of the interesting things about food science is when you do these things with a food product, you gotta make sure that when you?re done it?s still worth drinking,? he says. ?You have to make sure the process doesn?t affect the product.?

In order to ensure that, they had to do a number of ?sensory evaluations,? which involved bringing in students to do taste tests. Random students would come in, taste their milk, and tell them if it seemed normal (they were paid for their time in gift cards). ?Fortunately, we batted a thousand in our trials,? says Applegate.

As Applegate?s team pursues its quest of changing the beverage industry for the better, he praises Purdue?s ?positive environment? for providing everything they need.

?In a way, this is one of the most impactful things I?ve done here,? he says. ?We?ve done something to help people.?