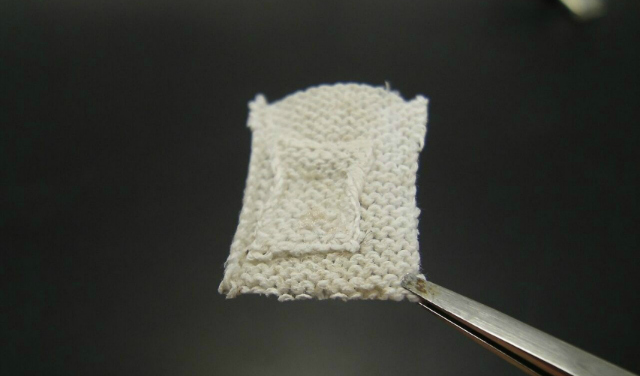 Imagine a world where your favorite shirt could repair itself, without a needle and thread, no matter how old or worn it might get.

OK, now imagine a world where having such self-protective clothing could do some actual good to society, like preventing soldiers from exposure to biological weapons or protecting factory workers from harmful chemicals.

That?s the goal at Penn State University, where engineering professor Melik Demirel leads a team that researches how to make self-healing textiles a reality. 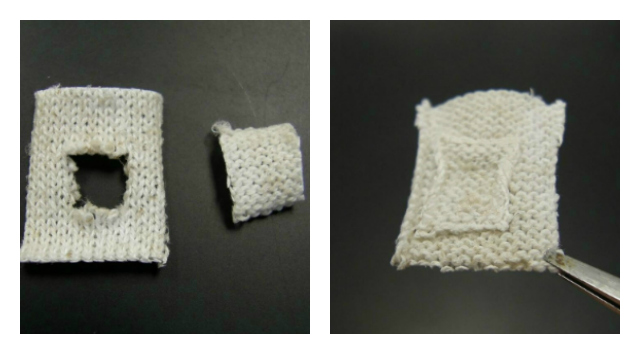 ?There?s a need for protective textiles that have a multi-function use,? says Demirel, who is a member of Penn State?s Huck Institutes of Life Sciences. ?They can absorb toxic content. With proper investment, this could really go into business and daily life very soon. There?s no problem with the technology.?

That technology involves dipping fabrics in a series of liquids to create layers of self-healing, polyelectrolyte material. The result could create protection against chemicals, or form medical meshes that shield patients from infection. The process uses a polymer found in squid ring teeth – literally the teeth found within the suction cups of squid tentacles- which is self-healing in water and can actually fuse together fabrics that have been torn. Researchers have reverse-engineered the chemical makeup of the polymer and are exploring synthetic materials that produce the same effect.

While Penn State?s work is still confined to the lab, Demirel says the future options are endless, both for scientific advances and everyday use.

?If you have an expensive shirt, jacket or bag, what do you do? Trash it or repair it,? he says. ?We want to show that this can be used in a daily lifestyle.

Demirel hopes to be able to see his research through to the next step, which would be actually getting it into the hands of the public. That most likely means a company with the business acumen to mass produce the technology.

?Obviously, someone has to take this out of the lab and make it a viable product,? he says, adding that costs could be somewhat controlled. ?The price of the coating is expensive, but you are using a very thin coating.?

Part of Demirel?s research is funded by a grant from the U.S. Department of Defense, which gave $75 million in a partnership to create the Advanced Functional Fabrics of America (AFFOA). He says it helps to showcase Penn State as a leader in advancing the technologies of his research.

?Penn State is very strong in materials as well as life sciences, so a person like me has huge potential in this university,? Demirel says. ?You tell me which facility you want to use and I?ll give you multiple facilities and technologies. We have it at Penn State. On a personal level, I?ve been supported by several grants. It has been a good a great place to work.?