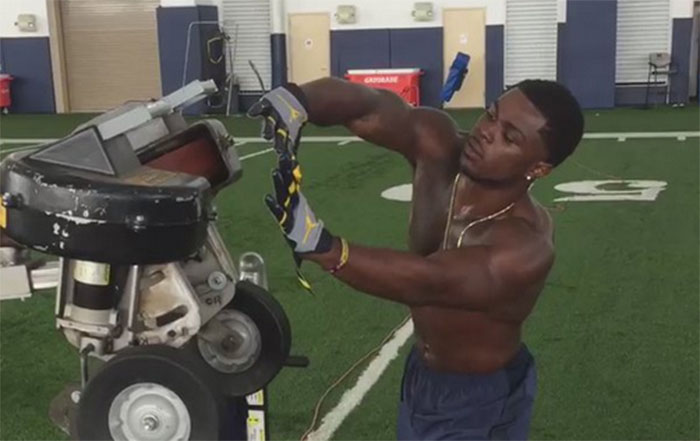 Seen this on IG.. Had to try it lol harder than I thought pic.twitter.com/ZvLZRjfLhM

Jabrill Peppers is expected to be one of the best players in the nation, let alone the Big Ten, in 2016.

Michigan's cornerback-turned-safety-turned-linebacker is an athletic talent who can make plays all over the field, even on the offensive side of the ball.

His hands are pretty impressive, to boot.

Watch Peppers show off his hands in the video above.

Having never tried this, I'll assume it's very difficult, and it takes some serious hand and finger strength. As J Leman mentioned on BTN Live on Wednesday night, though, it might have been harder if Peppers was, say, a yard farther away from the JUGS machine, to avoid being able to trap the ball.

(Yes, that was way too much analysis for a topic like this.)