Dienhart: Best chance for each Big Ten team to pull an upset 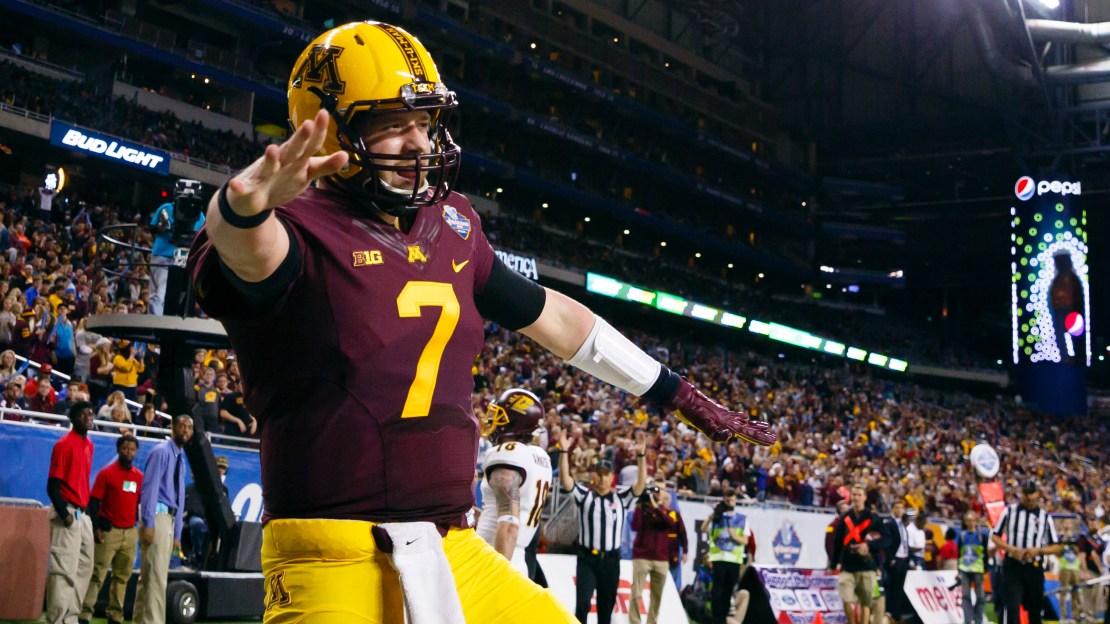 Who doesn?t love an upset? The shock. The surprise. The unexpectedness. It?s what makes sports fun.

Last year gave us Michigan State over Ohio State, Purdue over Nebraska and Northwestern over Stanford, to name a few upsets. What?s in store this season?

Here is my ?best chance to pull an upset? for each Big Ten team this fall.

Indiana. The Hoosiers could knock off Northwestern in Evanston on Oct. 22. The Wildcats are rolling, coming off a 10-win season that was highlighted by myriad close victories. If NU?s offense is scuffling and Indiana has its attack rolling under a new quarterback, the Hoosiers may leave Chicagoland with a nice victory.

Iowa. The Hawkeyes don?t figure to be an underdog too often in 2016. But, they could be when they travel to Penn State on Nov. 5. The Hawkeyes? bid for an upset will be enhanced by the fact they are off the week before, giving Iowa extra rest and prep time before taking on a Nittany Lion squad that faces a critical third season under James Franklin.

Maryland. The Terrapins should have a good shot to win at Indiana when they visit Bloomington on Oct. 29. The Terps won the last time they visited Indiana, taking a 37-15 decision in 2014. A big key will be how well the Maryland quick-pace offense is playing. It could be humming by late October.

Michigan. You know what they say about rivalries-anything can happen. So, Michigan could wade into the Horseshoe on Nov. 26 and upset Ohio State. This has been a series that has featured some stunning outcomes. I?m just sayin?. The Buckeyes have dominated this series of late, going 12-2 since 2001 and winning the last four meetings with a 42-13 triumph last season. The last time Michigan won in Columbus? In 2000, when the Wolverines took a 38-26 decision.

Michigan State. MSU won?t be an underdog often in 2016. One time figures to be when it plays at Notre Dame on Sept. 17. Yes, the Irish have talent. But they must settle their QB situation while replacing their top three wideouts and three o-linemen. The defense lacks depth at linebacker and is looking for a pass rush with its two best options gone. Maybe MSU can ambush the retooling Irish.

Minnesota. It wouldn?t be a shock to see Minnesota waltz into Beaver Stadium and shock Penn State on Oct. 1. The Nittany Lions are still a work in progress in Year Three under James Franklin. There is a new offensive coordinator (and offense) and quarterback, as well as a new defensive coordinator. And a new o-line coach in former Gopher OC and offensive line coach Matt Limegrover. The Gophers could be riding high on a 3-0 start as they head to State College for their first road game of the season coming off a home tilt vs. Colorado State. Penn State will be coming off a tough, physical game at Michigan.

Nebraska. The Cornhuskers won?t be an underdog often, but they probably will be when they wade into Kinnick Stadium for the finale on Black Friday, Nov. 25. This has been a bizarre series since the Cornhuskers joined the Big Ten, as Iowa has lost both meetings in Kinnick, but the Hawkeyes are 2-1 in Lincoln.

Northwestern. NU could waltz into Iowa on Oct. 1 and topple the Hawkeyes, who have won the last three vs. the Wildcats. A big key for NU will be how well QB Clayton Thorson is playing; he needs to inject life into what has been a pedestrian passing game. Without a balanced offense, Northwestern will have little chance to leave Kinnick Stadium with a victory.

Ohio State. The Buckeyes figure to be favored in every game, but they could be the underdog when they trek to Michigan State on Nov. 19 for the penultimate game of the season. The Spartans shocked OSU last year in Columbus, knocking off the No. 3 Buckeyes, 17-14, with backup QB Tyler O?Connor at the controls. The loss effectively killed Ohio State?s Big Ten and national title hopes while helping propel the Spartans to the Big Ten championship and a playoff bid. No doubt, the Buckeyes haven?t forgotten. Urban Meyer has four losses as Ohio State coach; two are vs. the Spartans. But check this out: Ohio State has won its last five trips to East Lansing, last losing in 1999.

Penn State. James Franklin needs a signature victory, a momentum building triumph that can help propel the Nittany Lions up the food chain in the Big East. So, how about slaying Ohio State when it visits on Oct. 22? The Buckeyes, who have many big holes to fill, have won the last four and haven?t lost in Beaver Stadium since 2005, winning the last four in Happy Valley.

Purdue. The Boilermakers may have a shot to beat visiting Northwestern on Nov. 12. Purdue?s chances will be good if the Wildcats are still sputtering on offense. Still, NU is coming off a 10-win season and has won four of the last five meetings and two in a row at Purdue.

Rutgers. If Minnesota?s offense is struggling, Rutgers may be able to walk into Minneapolis on Oct. 22 and knock off the Golden Gophers. A big key for the Scarlet Knights will be how well they have adapted to the new schemes on both sides of ball. If the go-go offense is clicking, RU may be able to tally a big win for new coach Chris Ash.

Wisconsin. The Badgers could walk into Iowa City on Oct. 22 and knock off the defending Big Ten West champs. The Badgers have had recent success in Kinnick, winning the last three games there. But UW lost to the Hawkeyes last year in Madison. Iowa has what the Badgers want-the division title. If Wisconsin wants it, the Badgers must beat the Hawkeyes with an offense led by a new signal-caller.