Dienhart: Deaths of Foltz, Sadler remind us how life is fragile 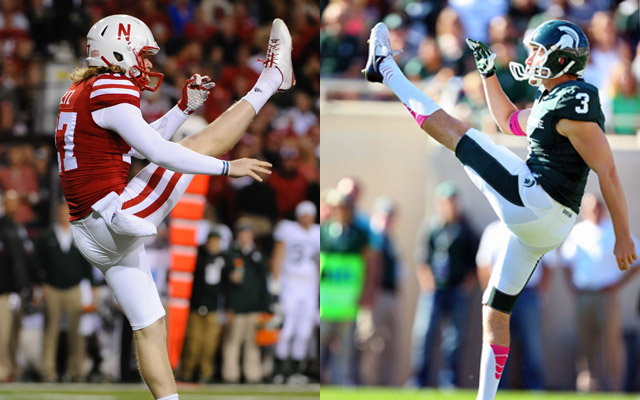 I didn?t know Sam Foltz or Mike Sadler, but I had met each during the BTN summer bus tours in recent years. To hear of their deaths was a shock to us all, and it was also a reminder of how fragile life is.

Whatever problems I had going on today vanished. Tragic events have a way of putting things in perspective, and the weekend car crash that killed them both did that for me.

These were two young men whose lives were just unfolding. On my way to Chicago this weekend for the Big Ten Football Media Days, I pulled off the highway and stopped to think for a bit.

Did I hug my son and daughter before I left? Had I told my mom that I loved her the last time we talked on the phone? Did my wife know how I felt about her? Was I living my life the way my god would approve? And then I thought about the last conversation I had had with my father on the phone before he died 15 years ago.

I never thought that would be the last time I talked to him before his fatal heart attack. I wish I had said more.

My mind wouldn?t slow down as my thoughts turned back to the 22-year-old Foltz and the 24-year-old Sadler, two young men with so much ahead of them. What would they have become? What were their dreams? What were the last words they uttered to loved ones?

Full of life one day. Gone the next. I still can?t grasp the fragility of life when tragedies like this occur, and I'm pretty sure I never will.

I once stood behind Sadler during a Michigan State practice one hot August day in East Lansing. He was a young man simply practicing to get better at the task at hand. He would step quickly, drop cleanly and kick and then the ball would just explode off his foot. Boom! Boom! Boom!

?That?s the best punter in America,? Spartan SID John Lewandowski told me, and I wasn?t about to argue.

I always have had fascination with punters and kickers since high school, when my school had one of the best in the state of Indiana who went on to kick at Purdue. How could these guys bang the ball so high with seemingly so little effort? I'm likely not the only one who, as a kid, tried to replicate those high-arcing shots out in my yard. Mine never went far but I enjoyed trying.

Sadler was an all-time great at Michigan State, where he punted from 2011 to 2014. He finished his career No. 2 at the school in punts, punting yards and punting average. Sadler was a 2013 Ray Guy Award semifinalist and earned first-team All-American honors that year. Even better, Sadler became the first Spartan in school history to earn Academic All-American honors four times and was named to the 2014 National Football Foundation Scholar-Athlete Class. He had intended to attend law school at Stanford.

Some BTN colleagues and I talked to Foltz last August after a practice in Lincoln. Foltz lingered to do a Periscope interview for us, too, as a way to talk more about punting. He didn?t have to stay after practice to do it. He surely was tired and wanted to get out of the heat and back to his place to relax.

A Periscope interview? For one of America?s best punters?

Foltz treated it with professionalism and aplomb. He remained not to just do the interview but to talk about football and school and life. He was engaging, patient and thoughtful. You know people like that – they're just fun to talk to. Just a college student, he already acted like a pro.

Foltz was primed to be one of the top punters in the nation this fall after earning Big Ten punter of the year accolades last season when he averaged 44.2 yards per boot. He was entering his fourth season as the Huskers? punter with 50 career punts of 50 yards or longer. And Foltz?s excellence extended off the field, too, just like Sadler. He won Nebraska's Student-Athlete HERO Leadership Award in 2016 and was a four-time member of the university's scholar-athlete honor roll.

Now, Foltz and Sadler are gone, two lives ended too soon. They will always be in our thoughts and prayers having lived short but impactful lives that touched many.

Think of these two young men and remember to tell your loved ones, that you love them tonight.