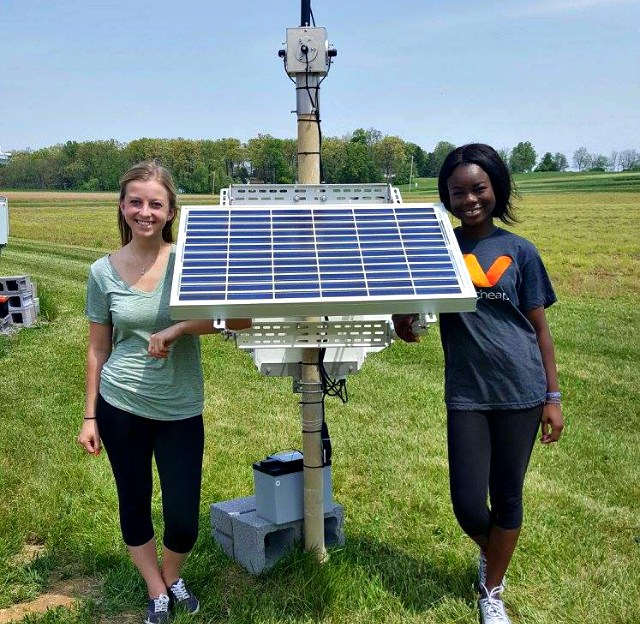 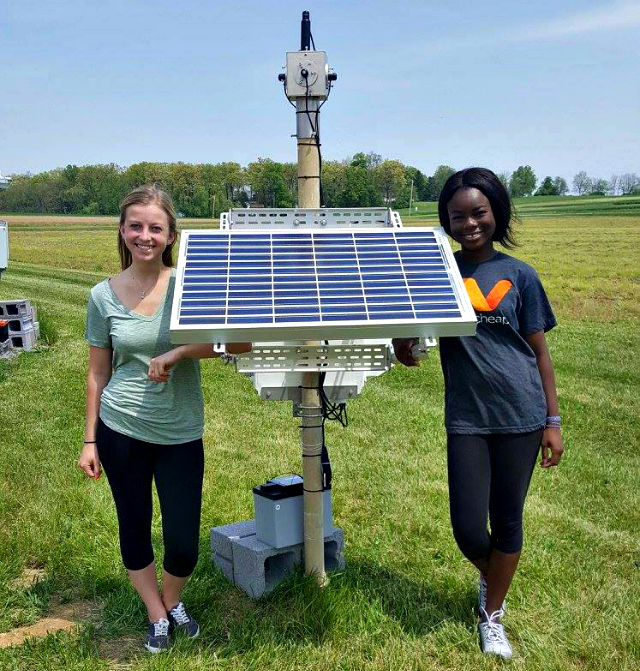 Not all sunlight is created equal. That?s the theory behind a new device created by a team from Penn State University that could drastically shape the booming industry of solar energy.

Professor Jeffrey R. S. Brownson, who runs the university?s cutting-edge Solar Ecology program, led the way in creating what he calls the ?All Seeing Eye? (ASE). The device measures irradiance, or power, of sunlight from different points. The goal is to get a clearer picture of the directionality of the sun and how its energy varies from differing vantage points.

The ASE takes measurements from five directions - north, south, east and west, as well as straight up - in order to determine heating patterns on buildings and just how much solar power can be generated.

?The major constraint is that people don?t have the access to what?s happening with the sun,? Brownson said. ?It?s been a specialized technique. To open up that information is going to enable a huge swath of jobs and opportunities in collaboration and research that I can?t get access to at this point. It?s far more advantageous and rewarding if that information is out there, we have the ability to communicate with people.?

Solar is the fastest growing type of renewable energy in the country, and Brownson expects the industry to grow exponentially over the next few years. He hopes this device will spur research to make solar power even more readily available.

?There?s just a really rich space that is coming up to be explored,? Brownson said. ?We?re just scratching at the surface right now. We?re going to find that solar energy space is big like geology is big.?

It?s not necessarily a new invention. A device called a pyrheliometer can measure the angle of direct sunlight, but it can cost upward of $30,000 and needs regular maintenance. Brownson said that?s just not feasible for either research or practical use to determine the best way to approach solar energy. He wanted to do better.

?By the time we develop this, we want something that?s a couple hundred dollars or less, if possible,? Brownson said. ?We want the work, the concept, to be open sourced. We?d rather it go viral than to try to contain it. If you get the measurement systems out, then what you do with it and how you use it, that becomes the great skill.?

He tapped into a diverse set of minds at PSU to help create the device: Vivek Srikrishnan, a doctoral student in energy and mineral engineering with a background in mathematics, and George Young, professor of meteorology and atmospheric science, were both on the ground floor for their research.

?I think it really helped coming from outside,? Srikrishnan said. ?He trains to avoid the sort of dogmas of the field. But I didn?t really know the bad habits. So I was able to move past that. Having a math and programming background was helpful. I think the biggest benefit from that is you can go into a field and you have a good understanding of the underlying language of everything.?

The work they?ve done helps solidify Penn State as a leader in solar energy research. Brownson said he?s proud of the collaborative approach the university takes when looking at emerging industries like this one.

?Penn State has always been an energy leader. We?re a national solar leader,? he said. ?The question becomes, how do we continue to develop that? Although we don?t have a huge host of faculty that would say I?m solar and solar only - that?s me - but we have a ton that say solar has a big part in their research,? he said. ?They have the attitude of, ?Let?s learn more, let?s collaborate.? The diversity of the faculty who see that is very rewarding here. I think the students are seeing it too.?

They have been able to produce two of the devices, with hopes of making them much more prevalent. The project also became the topic of Srikrishnan?s master?s thesis. He got a big break when he tapped the resources of the National Renewable Energy Laboratory (NREL) in Colorado, which concurrently had done similar testing.

?There was really no reason to have done it before. They just had the foresight to say, ?We can put these instruments in that direction, so why not??? Srikrishnan said. ?That meant we could prove the concept, then go from there.?

He?s not the only Penn State student to benefit from solar work at the school. Brownson says many former students are getting swooped up in the job market as soon as they graduate from the program.

?They can take my one-semester solar course and they have the skills to jump right into the solar job market,? he said. ?Their employers come back to me and are very happy. It?s been really neat to get the feedback because students come back with positive results in the workplace. It?s awesome! Everyone is worried about how jobs are coming out of their four-year education. We?ve had some really great success.?