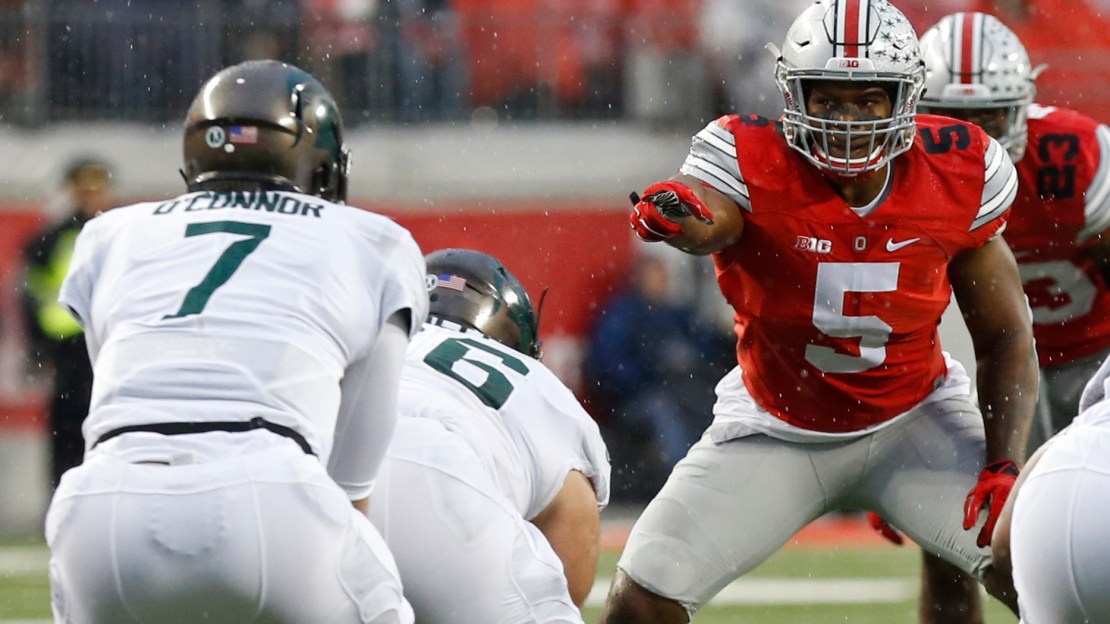 In a survey of 39 writers who cover Big Ten football, 27 predicted Ohio State as the Big Ten champ.

What to make of this poll? We figured Ohio State would be the favorite heading into the 2016 Big Ten season, despite losing 16 starters as part of this past NFL Draft.

Michigan is picked to finish second in the Big Ten East, while Michigan State is tabbed third. The Spartans won the Big Ten last year, beating both the Buckeyes and Wolverines, before closing out Iowa in the 2015 Big Ten Championship game. Yet, Mark Dantonio's team isn't even picked to finish in the top two of their own division.

Coming off a 2015 West Division championship, Iowa is the heavy favorite in the West, which isn't all that surprising. Nebraska received two first place votes in the West, while Wisconsin only received one first-place vote.

Here are the complete results of the 2016 Big Ten preseason media poll.