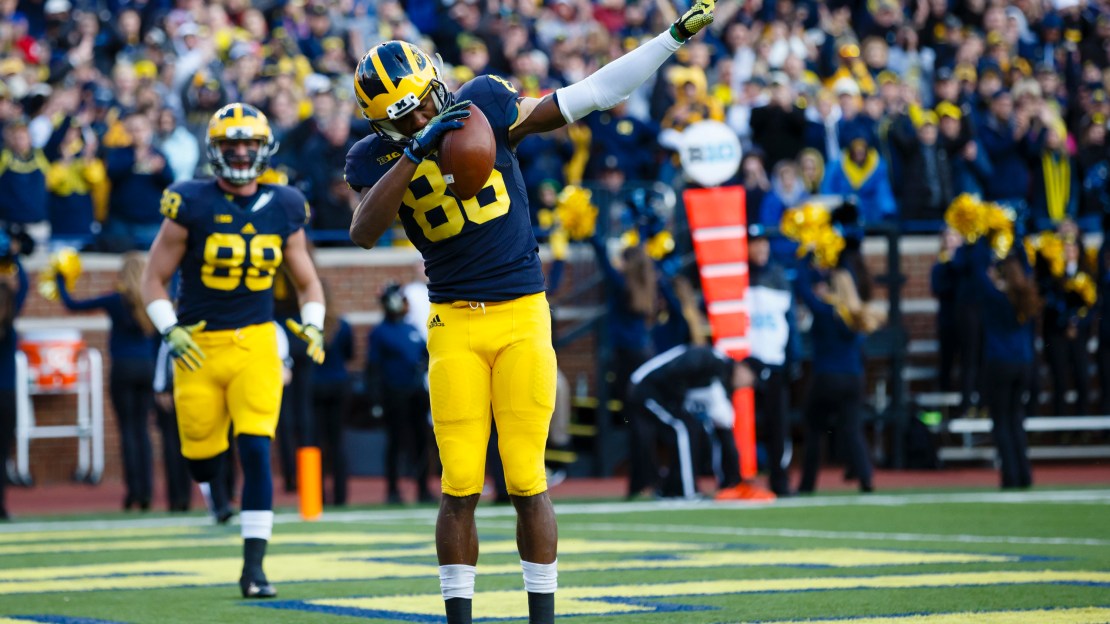 Our countdown of the top 100 Big Ten players entering the 2016 season continues with players 40-21.

Check out the fourth installment of our five-part series below.

40. OL Michael Deiter, Wisconsin. He took over at center last year when Dan Voltz got hurt, and he was so impressive that he will retain the slot with Voltz sliding over to guard on what could be a dominating Badger front.

39. OL Billy Price, Ohio State. Price has both the experience and talent to have an outstanding junior season, paving the way for what should be a very good Ohio State running game.

38. WR Simmie Cobbs Jr., Indiana. Cobbs led the Hoosiers in receptions (60) and receiving yards (1,035) in 2015, and he also hauled in more than his share of highlight-reel catches.

37. WR Amara Darboh, Michigan. One of three outstanding Michigan pass-catchers on this post, Darboh is a big-play machine who totaled 58 catches for 727 yards last season.

36. WR/RS Janarion Grant, Rutgers. There?s no better returner in the Big Ten; plus, he?ll play a bigger role in the passing game now that the record-breaking Leonte Carroo is in the NFL.

35. DT Rashan Gary, Michigan. The top-ranked freshman in the nation, Gary has the chance to make an instant impact for what should be a very good Michigan defensive front and unit as a whole.

34. DE Sam Hubbard, Ohio State. The Buckeyes need to find a replacement for Joey Bosa, the No. 3 pick in the NFL draft, and the linebacker-turned-defensive end figures to be the guy.

33. WR Jordan Westerkamp, Nebraska. There are faster wideouts and there stronger wideouts, but there aren't many as consistent as Westerkamp, who also boasts one of the best set of hands in the Big Ten.

32. DB Montae Nicholson, Michigan State. After a rough start to the 2015 season, Nicholson was much better in the second half and should carry that momentum into 2016.

31. DB Nate Gerry, Nebraska. He led Nebraska in tackles (79) last season, in addition to pacing the team in interceptions (4) for the second consecutive season.

30. RB Devine Redding, Indiana. In relief of Jordan Howard last season, the Indiana running back amassed 1,012 yards, including 227 in the Pinstripe Bowl, and nine touchdowns.

38. OL Sean Welsh, Iowa. The top returning lineman for an Iowa offense that loves to run the ball, Welsh should be in for a big junior season.

27. OL Brian Allen, Michigan State. Allen, the best lineman on the Spartans? o-line, is your typical mauler who does all the dirty work in the trenches, and does it well.

26. WR Jehu Chesson, Michigan. Chesson came into his own midway through last season, hauling in 33 of his 50 receptions and all nine of his touchdowns in the final six games.

25. TE Josiah Price, Michigan State. An underrated player, Price is always a threat in the passing game, which is evident by his career totals of 66 catches and 16 touchdowns.

24. DE Dawuane Smoot, Illinois. The Illini have produced a raft of good linemen in recent years. Smoot is next in line. He paced the club with 15 TFLs and eight sacks last year, showing explosion and athletic ability off the edge for a unit that needs a star with Jihad Ward gone.

23. OL Mason Cole, Michigan. He was Michigan?s best lineman in 2015 and is expected to make the move to center this season, which should help open holes for the Wolverines? run game in 2016.

22. OL Dan Voltz, Wisconsin. If he is able to return from a knee injury, Voltz should be the leader of a solid Wisconsin offensive line in 2016.

21. LB Vince Biegel, Wisconsin. Wisconsin?s leading returner in sacks (8) and tackles for loss (14), Biegel has all of the attributes that we?ve come to expect from a Wisconsin linebacker over the years.