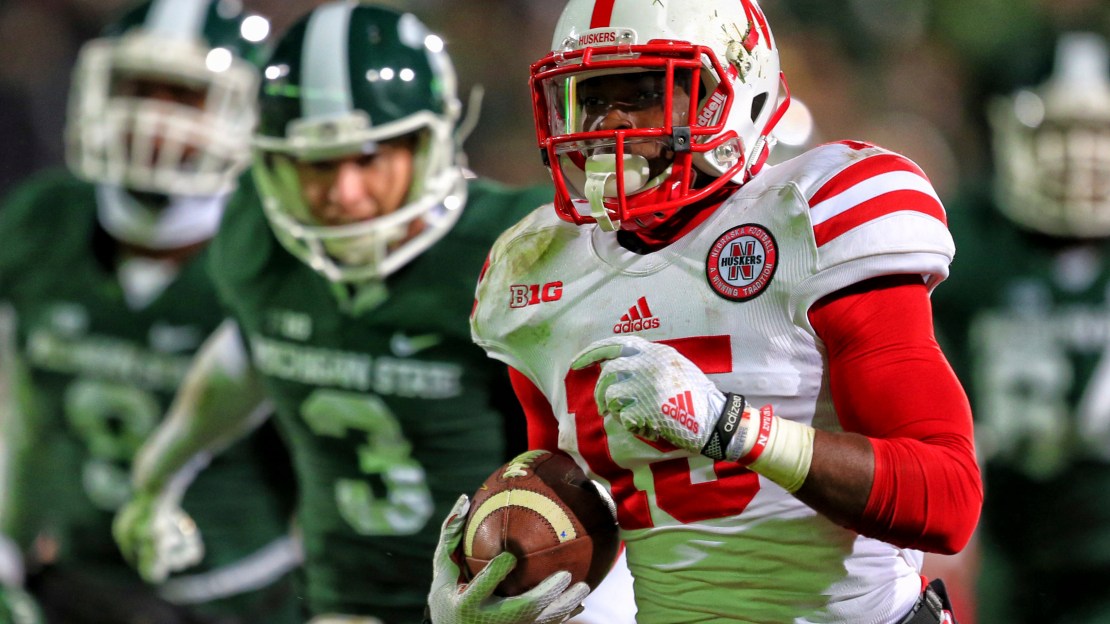 Our countdown of the top 100 Big Ten players entering the 2016 season continues with players 60-41.

View the third installment of our five-part series.

60. QB Wes Lunt, Illinois. Lunt enters his third season as the starting quarterback, and, if he can stay upright and healthy, he should have a big season in 2016.

57. WR/RS De?Mornay Pierson-El, Nebraska. One of the few players in the Big Ten who can score every time he touches the ball, Pierson-El, who?s coming off an injury-riddled 2015, doubles as an electric return man (three punt returns for TDs in 2014).

56. DE Nick Bosa, Ohio State. Yes, he?s a true freshman that has huge shoes to fill with his last name, but look for Bosa to make a huge impact in his first season as a Buckeye.

55. RB LeShun Daniels, Iowa. With Jordan Canzeri gone, Daniels should be the bell cow back in what will be another solid Iowa backfield.

54. RB Shannon Brooks, Minnesota. Saquon Barkley stole headlines from Brooks in 2015, but Minnesota?s rising sophomore running back can, and will, make his share of highlight runs en route to a 1,000-yard season.

52. LB Jason Cabinda, Penn State. As a first-time starter in 2015, the versatile Cabinda paced the team with 100 tackles and also defended six passes with 5.5 TFLs.

51. DB Vayante Copeland, Michigan State. Many believed Copeland was on track for a breakout season in 2015, but a neck injury against Oregon ended his season.

50. RB Mike Weber, Ohio State. Perhaps the most intriguing player in the Big Ten this year, Weber is expected to take over the starting running back with Ezekiel Elliott off to the NFL.

48. DE Taco Charlton, Michigan. Charlton is an outstanding pass rusher who could be in for a monster year under new defensive coordinator Don Brown.

47. OL Cole Croston, Iowa. Croston started at both tackle spots last year for the Hawkeyes, but look for him to be Iowa?s starting left tackle when the Hawkeyes open the 2016 season.

46. RB/WR/RS Curtis Samuel, Ohio State. One of the top athletes in the Big Ten, Samuel does it all for the Buckeyes, both on offense and special teams.

45. DB Godwin Igwebuike, Northwestern. The hard-hitter emerged as one of the top players on the Wildcats? underrated 2015 defense, finishing second in tackles with 87.

44. OL Erick Magnuson, Michigan. The Wolverines? offensive line made great strides last season, and Magnuson is a big part of what figures to be one of the better o-line?s in the conference.

43. DL Tyquan Lewis, Ohio State. Lewis was overshadowed by Joey Bosa last season, but he should be one of the top playmakers on a revamped Buckeyes' defense.

42. DT Darius Hamilton, Rutgers. He is set to return from a season-ending injury and should serve as the anchor of the Scarlet Knights? defensive line in 2016.

41. DT Jaleel Johnson, Iowa. He broke out last season in his first year as a starter with 5.5 TFLs and 3.5 sacks. Look for Johnson to build on that production in what could be an All-Big Ten-type of season for a veteran Hawkeye front.