What is the must-win game for all 14 Big Ten teams? 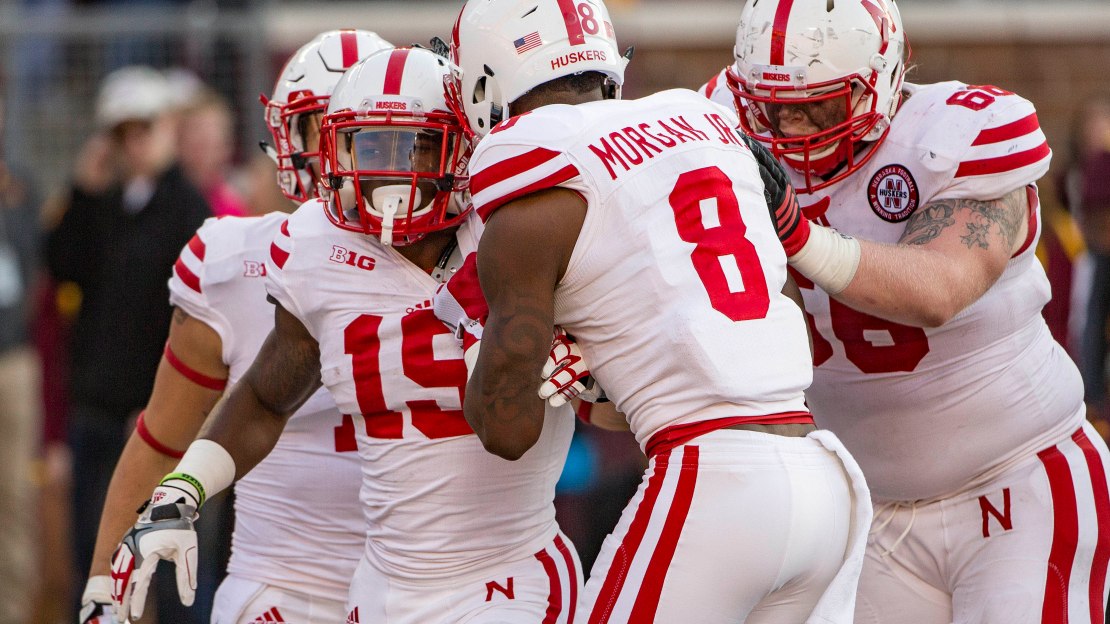 Every schedule has one-a must-win game. Look. You?ll find one. It?s a game that you feel your school MUST WIN if it wants to have a successful season. It can?t slip up. Victory must be accomplished.

Well, I perused each 2016 Big Ten schedule. And here is my ?must win? game for each school.

Illinois: vs. Purdue. If the Fighting Illini want any shot at a bowl game, they must win their Big Ten opener on Oct. 8. Big Ten victories will be difficult to come by. And this is one Illinois needs to get vs. moribund Purdue. The Illini have lost the last two at home to the Boilermakers, last winning in Champaign in 2010. But Illinois crushed Purdue last year in West Lafayette, 48-14.

Indiana: vs. Maryland. If Indiana has any hopes of returning to a bowl, it needs to beat the visiting Terrapins on Oct. 29. For that matter, the Hoosiers also probably will need to prevail at Rutgers the next week. Big Ten wins won?t be easy to come by, so Indiana needs to collect as many as it can. IU lost a crusher to RU last year, 55-52, blowing a 25-point lead during a six-game losing skid that threatened to derail the season. But the Hoosiers won at Maryland, 47-28, to end the slide.

Iowa: vs. Nebraska. If the Hawkeyes want any shot at repeating as Big Ten West champs, they most likely will need to topple the visiting Huskers in the season finale on Nov. 25. This has been a bizarre series since the Cornhuskers joined the Big Ten, as Iowa has lost both meetings in Kinnick, but the Hawkeyes are 2-1 in Lincoln. Go figure.

Maryland: vs. Purdue. Maryland needs all the confidence it can get coming off a dreary 2015 that saw the Terps lose eight in a row at one point in a 3-9 season that included one Big Ten win and saw Randy Edsall canned in October. That means winning the Big Ten opener vs. the Boilermakers on Oct. 1 is key. Maryland will be coming off a bye, giving it time to rest and prep for a Boilermaker program that is the worst in the Big Ten. A big, convincing win here would help the psyche of Maryland under rookie coach DJ Durkin.

Michigan: at Michigan State. If the Wolverines want a shot to win the East, they must find a way to drop their instate rivals on Oct. 29. Michigan owes the Spartans after losing one of the wildest games in college football annals last season when Michigan punter Blake O?Neill fumbled a snap with 10 seconds left and the Spartans? Jalen Watts-Jackson scooped it up and returned it for a touchdown and a 27-23 win on the game?s final play.

Michigan State: vs. Michigan. If the Spartans want to repeat as East champs, they need to dispatch their hated rival on Oct. 29. The Spartans are 7-1 in the last eight games vs. Michigan, which hasn?t won in East Lansing since 2007. Michigan will be looking for revenge after that wild loss last year in the Big House in one of the most improbable endings in college football lore.

Minnesota: vs. Iowa. If the Gophers want to contend in what looks like an open Big Ten West, they probably will need to beat the Hawkeyes on Oct. 8 in the battle for Floyd of Rosedale. The Hawkeyes have won three of the last four meetings, but the Gophers won the last time Iowa came to Dinkytown in 2014. The week before, Minnesota plays at Penn State, so the Gophers may be a bit worn down.

Nebraska: at Northwestern. It?s difficult to call a road game vs. a team coming off a 10-victory season a ?must win.? But that?s what the Huskers will face when they open Big Ten play Sept. 24. Compounding matters, Nebraska plays host to Oregon the week before. The NU vs. NU series has been one of the Big Ten?s best of late. Since joining the Big Ten, the Cornhuskers are 3-2 vs. the Wildcats, losing last year in Lincoln. The games have been fun, with Northwestern stunning Nebraska in Lincoln in 2011 with a backup QB. The Huskers won by a point the next year and then needed a Hail Mary to win in 2013.

Northwestern: vs. Wisconsin. The Wildcats must protect their home field if they want any shot at winning the West. And that means beating Wisconsin on Nov. 5. Northwestern has had success vs. the Badgers under Pat Fitzgerald, going 3-3 and winning the last two games and the last four in Evanston. UW hasn?t won at Ryan Field since 1999.

Ohio State: at Michigan State. For a program with national championship hopes, Ohio State most likely must win them all. But the biggie will be the trip to Michigan State on Nov. 19. These are the preeminent programs in the Big Ten right now, and each is well-coached. If the Buckeyes want their Big Ten throne back, they must walk through East Lansing to get it. And, it won?t be easy. Last season, the Spartans invaded Ohio State and knocked off the No. 3 Buckeyes, 17-14, with backup QB Tyler O?Connor at the controls. The loss effectively killed Ohio State?s Big Ten and national title hopes while helping propel the Spartans to the Big Ten championship and playoff bid. No doubt, the Buckeyes haven?t forgotten. Check this out: Ohio State has won its last five trips to East Lansing, last losing in 1999.

Penn State: vs. Iowa. The Hawkeyes could be favored when they play visit State College on Nov. 5, but Penn State needs to protect its turf. The Hawkeyes are rolling, coming off a 12-2 Rose Bowl season and are led by QB C.J. Beathard. Iowa coach Kirk Ferentz is a Keystone State native who likes to come home. Penn State has won the last two. But before that, the Hawkeyes won eight of nine.

Purdue: at Illinois. If the Boilermakers want to move up the pecking order in the Big Ten West, they need to start beating Illinois and Indiana. Alas, both of those games are on the road this season. The one the Boilers need the most is the Oct. 8 game in Champaign. The Illini are retooling under Lovie Smith and are more vulnerable than the Hoosiers, who are coming off a bowl and have won three in a row in the Old Oaken Bucket series for the first time since a four-game winning streak from 1944-47. Purdue got embarrassed last year in falling 48-14 at home to the Illini, which ran for 382 yards and gained 595 overall. Illinois has won two of the last three meetings but has lost the last two at home to Purdue.

Rutgers: vs. Indiana. If Rutgers wants a shot at making it to a bowl, it needs to win its home games. And that means subduing Indiana on Nov. 5. The Scarlet Knights will be rested, as they will be coming off their off week. RU has won the only two meetings with IU, winning 45-23 at home in 2014 and taking a wild 55-52 decision in Bloomington last year in which IU blew a 25-point lead.

Wisconsin: vs. Nebraska. If the Badgers want to get back on top in the West, they need to beat the Huskers on Oct. 29. Wisconsin will be coming off a tough game at Iowa. Still, UW needs to topple a Husker program that finished last year 3-1 in its last four games. The Cornhuskers have lost the last three vs. the Badgers, including three in a row in Madison. NU is 1-4 vs. UW as a Big Ten member. Wisconsin has pounded NU in Madison, winning 48-17 in 2011 and 59-24 in 2014 and also took a 70-31 decision in the 2012 Big Ten title game.