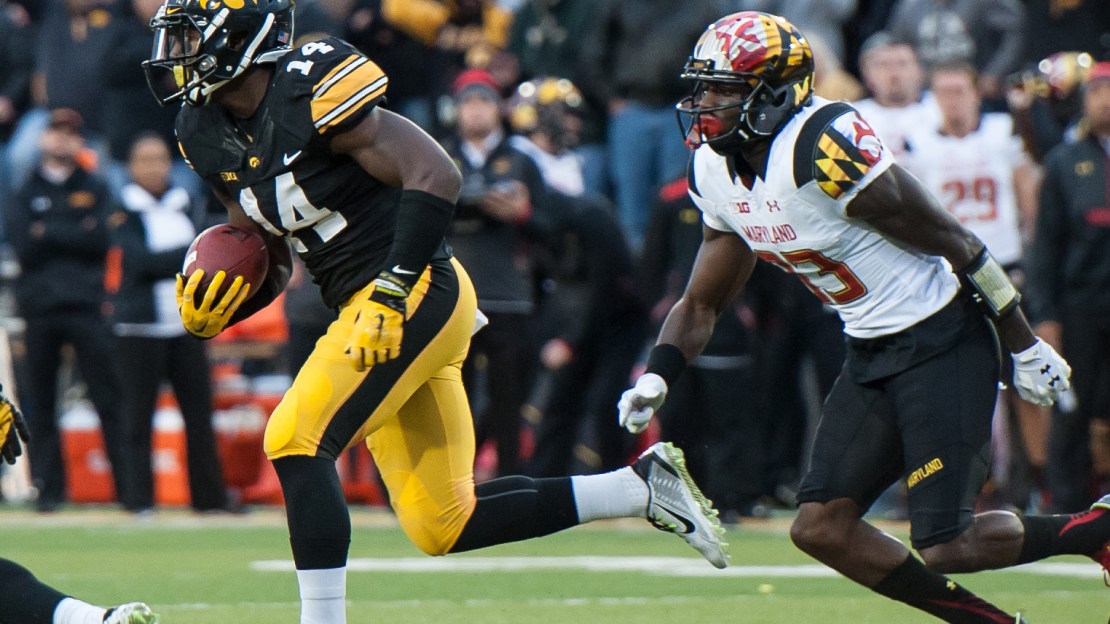 Is there a better defensive back in the nation than Iowa?s Desmond King, the reigning Jim Thorpe Award winner? Probably not. He emerged last year as a special talent for a Hawkeye defense that helped the program race to a school-record 12-0 start en route to winning the Big Ten West and earning the school?s first Rose Bowl bid since the 1990 season.

King is so talented, in fact, he tops my ranking of the top 10 Big Ten defensive backs.

1. Desmond King, Iowa, Sr. He is coming off a spectacular season that saw the cornerback win the Thorpe Award as the nation?s No. 1 DB. His eight picks in 2015 tied the school single-season standard, as King is the ultimate student of the game. What will he do for an encore?

2. Jourdan Lewis, Michigan, Sr. There is no corner in the nation who is better in coverage than the diminutive Lewis. He is tough and aggressive ? and also very smart and confident. Lewis set the school single-season record in 2015 for PBUs with 22.

3. Will Likely, Maryland, Sr. Yes, he?s only 5-7. But Likely plays big. He has uncommon swagger to go along with tremendous quickness and an ability to mirror receivers in coverage. Likely could have turned pro but opted to return to College Park, which is a big boost to new coach DJ Durkin.

4. Godwin Igwebuike, Northwestern, Jr. He plays like a linebacker from his strong safety slot, delivering big hits and showing a nose for the ball. Igwebuike is a leader in a Wildcat secondary that has two big holes to fill. He?s a future pro.

6. Nate Gerry, Nebraska, Sr. The safety is aggressive in run support and continues to improve in coverage. He picked off four passes last season and broke up four more. Football is important to Gerry ? and it shows.

7. Gareon Conley, Ohio State, Jr. The Buckeye secondary has questions to answer with three starters gone. But Conley is a sure thing, holding down one corner spot. He showed promise in 2015, as he has a knack for playing the ball. Conley should be a star this season.

8. Sojourn Shelton, Wisconsin, Sr. He is entering his fourth season as a starter. And that experience is vital for a Badger secondary that has three new starters. Shelton is just 5-9, but he plays bigger than that. Plus, he?s smart, aggressive and confident.

9. Marcus Allen, Penn State, Jr. He garnered honorable mention All-Big Ten honors last season. Expect the free safety to net bigger honors this season. Allen was No. 2 on the club in tackles last year with 81. He is equally comfortable playing near the line or in space.

10. Rashard Fant, Indiana, Jr. A shining star in a Hoosier secondary that has promise, Fant paced IU with 22 PBUs last season. That was third in the FBS ranks. His technique is excellent. And he also has good instincts and is aggressive.