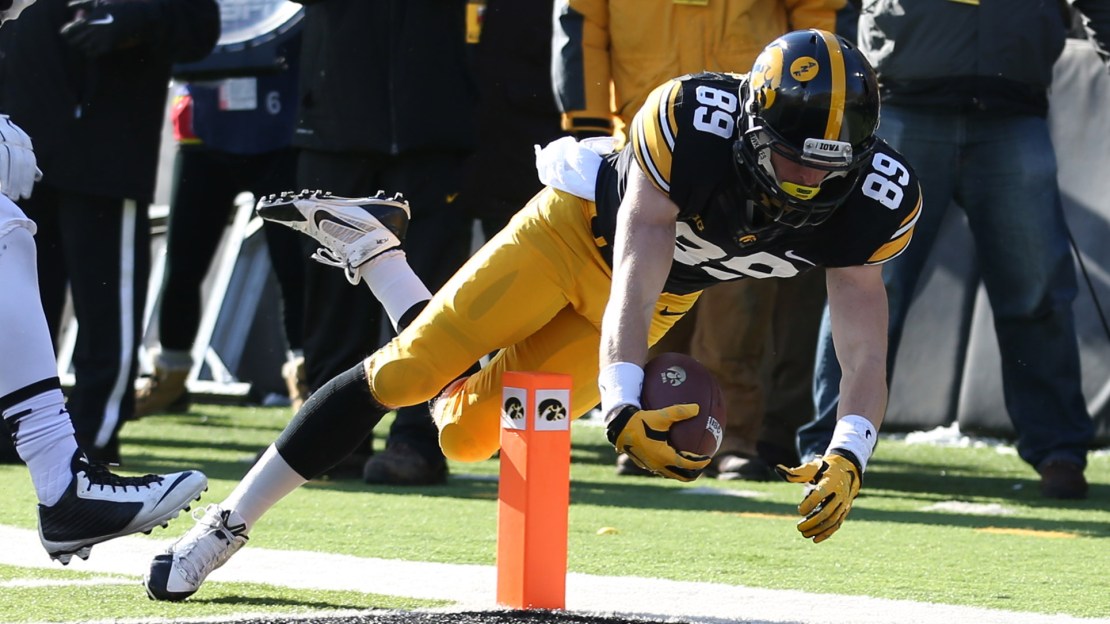 Our countdown of the top 100 Big Ten players entering the 2016 season continues with players 80-61.

View the second installment of our five-part series below.

79. LB Nyeem Wartman-White, Penn State. Wartman-White is fully recovered from last year?s season-ending knee injury, and, assuming he regains his starting role in the middle, he should be in for a big year.

77. WR Matt VandeBerg, Iowa. There is nothing flashy about VandeBerg, an astute route runner, but he just finds a way to be productive (65 receptions for 703 yards and four TD).

76. WR RJ Shelton, Michigan State. The last couple of years, Michigan State loses its go-to-receiver, only to see a complimentary piece from the season before rise to the occasion; this fall, Shelton could be in that equation.

74. LB T.J. Edwards, Wisconsin. He had a standout freshman season, recording at least six tackles in six games last season, including an eye-popping 16 tackles in a win over Purdue.

73. DB Matthew Harris, Northwestern. An underrated cover man, Harris was a third-team All-Big Ten choice who tallied a team-best 13 breakups and a career-high four picks in 2015.

72. K Griffin Oakes, Indiana. Blessed with a big leg, Oakes, who is 37-of-47 on field goals (78.7 percent) in his career, will receive plenty of scoring opportunities in Kevin Wilson?s up-tempo system.

71. WR DaeSean Hamilton, Penn State. Has totaled 127 catches for 1,479 yards and eight touchdowns in two seasons. He is a key cog in what should be one of the best pass-catching groups in the Big Ten this season.

70. RB Ke?Shawn Vaughn, Illinois. He lived up to his freshman hype by pacing the squad with 157 totes and 723 yards rushing, while also catching 16 passes.

69. QB Mitch Leidner, Minnesota. Leidner opens his third season as the Gophers? starter amid plenty of hype, and he has a young, talented backfield capable of taking pressure off him and the passing game.

68. DB Demetrious Cox, Michigan State. Ax experienced defensive back who has bounced back between corner and safety, Cox should settle in at safety this year for a Spartans? secondary that should be much better this season.

67. WR Donnie Corley, Michigan State. Cummingham. Lippett. Burbridge. Corley. The Spartans? freshman receiver is set to be the next big wideout wearing the Green and White.

66. CB Gareon Conley, Ohio State. The next great Ohio State corner, Conley had a solid sophomore season and should be in line for a big time year in 2016.

65. DE Garrett Sickels, Penn State. Sickels is the lone returning starter from Penn State?s d-line, and he should have an even bigger year in 2016.

64. OL Nick Gates, Nebraska. The Huskers? new left tackle is a mauler and has a mean side to him. He is the best lineman on the Huskers? offensive line.

63. DT Jake Replogle, Purdue. He?s a strong, physical force on the interior of what could be a strong Boilermaker d-line. He had three brothers play at Indiana. Jake may be the best of them all, a possible pro.

62. LB Jon Reschke, Michigan State. A tackling machine on the strong side of the Spartans? defense, Reschke could move around this year with the likely return of Ed Davis.

61. RB Markell Jones, Purdue. He emerged as a workhorse as a true freshman, running for 875 yards and 10 TDs. What Jones lacks in speed he compensates for with strength and toughness.