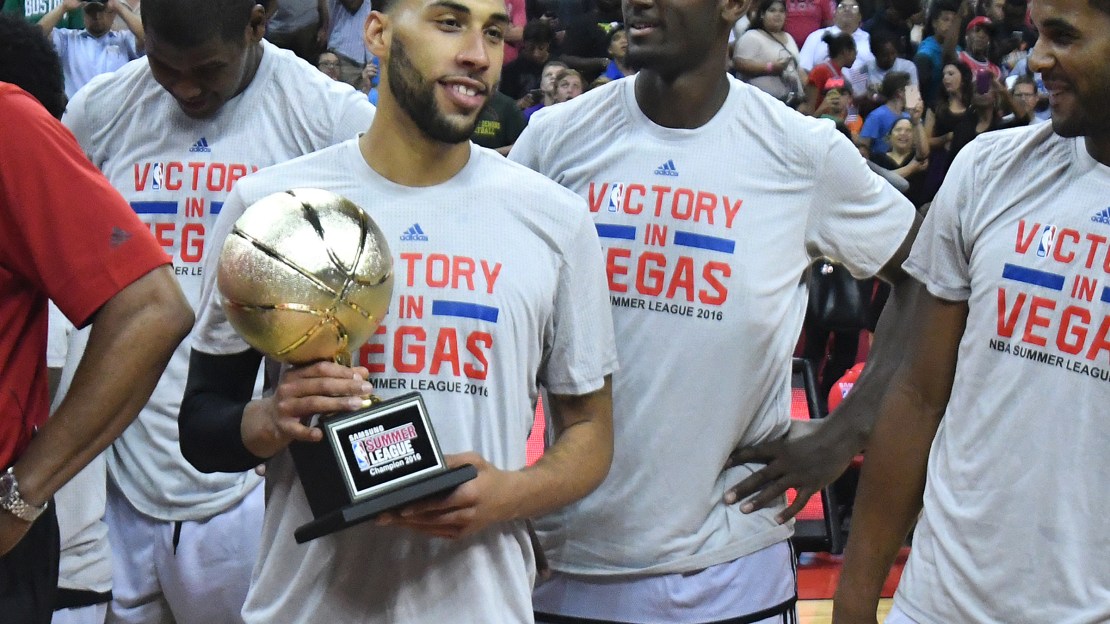 Monday night, the former Michigan State star and 2016 national player of the year showed it to NBA world.

Valentine hit a buzzer-beater to force overtime and hit another buzzer-beater in overtime to send the Chicago Bulls past the Minnesota Timberwolves, 84-82, in the NBA Summer League championship game.

The Bulls selected the former Spartans star with the 14th pick in the 2016 NBA Draft, the first of two Big Ten players selected in the first round (Michigan's Caris Levert; No. 20).