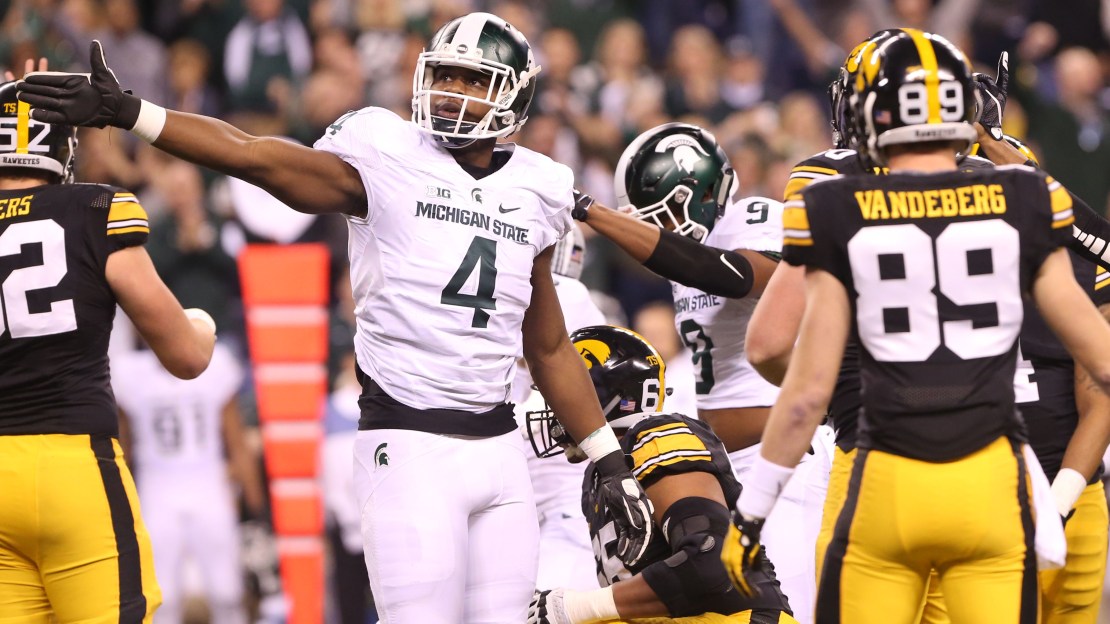 Ask any coach, and he?ll tell you the most difficult position to recruit is defensive line. It?s a challenge to find players who are big AND quick. That?s why good d-linemen are so cherished. And, Michigan State has a good one in Malik McDowell, who leads my list of top 10 Big Ten defensive linemen.

1. Malik McDowell, Michigan State, Jr. He thinks he?s the best d-lineman in the nation. Hey, confidence is half the battle. McDowell just may back up his boast. He?s 6-6, 280 pounds of terror who can line up inside or outside. For what it's worth, Mel Kiper listed McDowell as the sixth-best prospect in the 2017 NFL draft on his early Big Board in May.

2. Dawuane Smoot, E, Illinois, Sr. He is one of the most underrated linemen in the nation. The 6-3, 285-pound Smoot tallied 15 TFLs last year with eight sacks. That was with Jahid Ward playing the other end. He?s gone. How will that impact Smoot?

3. Chris Wormley, Michigan, Sr. At 6-5, 303 pounds, Wormley is an anchor on the interior and the leader of what could be the nation?s top line. He also can line up at end. Wormley notched 14.5 TFLs last year to go along with 6.5 sacks.

4. Jaleel Johnson, T Iowa, Sr. He impacted in his first season as a starter, proving to be a steady force vs. the run while tallying 3.5 sacks. Johnson will be the kingpin of a good Hawkeye front.

5. Jake Replogle, T, Purdue, Sr. The Boilermakers have myriad problems on defense. But they know they can count on Replogle holding down his tackle spot and making plays. He?s talented and always plays hard with 24.5 TFLs over the last two years. He could play for anyone.

6. Tyquan Lewis, E, Ohio State, Jr. It was Lewis-not Joey Bosa-who led the Buckeyes in sacks last year with eight. He?s coming off a shoulder injury and will team with sophomore Sam Hubbard to give OSU a nice tandem at end.

7. Ryan Glasgow, T, Michigan, Sr. He is a freakish combination of strength and smarts, as he is an anchor on the Wolverine line from his nose tackle spot. He will team with fellow tackle Maurice Hurst to give Michigan a tough interior.

8. Demetrius Cooper, E, Michigan State, Jr. With Shilique Calhoun gone, the Spartans needs someone to bring the heat off the edge. And that someone could be Cooper, who is physically similar to Calhoun-quick, fast and strong. Keep an eye on redshirt frosh Raequan Williams, too.

9. Steven Richardson, T, Minnesota, Jr. At 6-0, 290, Richardson is a walking fire hydrant that bulges with muscle. But staying healthy has been an issue. When dialed in, Richardson is difficult to root from the inside because of his low center of gravity.

10. Roman Braglio, E, Maryland, Sr. One of the league?s most underrated players, Braglio could pick up the pass-rushing slack with Yannick Ngakoue gone. The end plays full tilt all the time-and he?s quick off the edge.