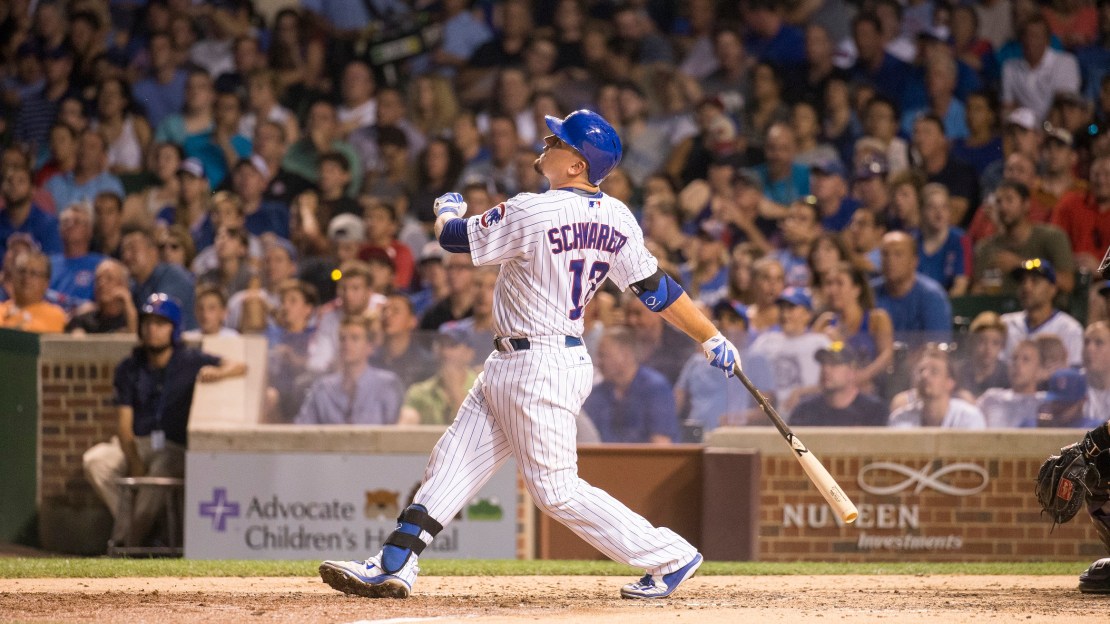 Courtesy of the Chicago Cubs

The Big Ten Network today announced Chicago Cubs slugger Kyle Schwarber as the grand marshal of the BTN Big 10K. Schwarber will join thousands of Big Ten fans and runners on Aug. 6, 2016, for 10K and 5K runs, as well as a football-themed tailgate party afterwards.

?It will be a blast to relive my Big Ten days at one of Chicago?s best summer tailgates,? said Schwarber, who was an All-American baseball player at Indiana University. ?I can?t wait to see Big Ten and Cubs fans hit the city streets to represent their schools and support Special Olympics Chicago.?

Schwarber was selected fourth overall by the Cubs in Major League Baseball?s 2014 First-Year Player Draft, making him the highest draft pick in Hoosier baseball history. He made his Major League debut in June of 2015, and slugged 16 home runs in only 232 at-bats to close out the regular season. In his rookie season, Schwarber also became the Cubs? all-time leader in postseason home runs, launching five homers during the 2015 playoffs.

RAM Racing will be partnering with BTN to produce the fifth annual BTN Big 10K. Runners of all ages can now register for the 10K and 5K runs, which annually draws more than 10,000 individuals from across the world, by visiting btnbig10k.com. Celebrating Big Ten spirit, the BTN Big 10K provides runners with their choice of a school-specific, technical race shirt so that alums and fans can run with pride on behalf of one of the 14 Big Ten Conference universities.

For the first time in its history, the start and finish of the BTN Big 10K will be located in Grant Park as the 10K and 5K courses wind through the city, giving runners an opportunity to run on the streets of Chicago.

A football-themed tailgate party will greet runners after the race, featuring music, water slides, entertainment and complimentary food and drinks, including Goose Island beer and Amylu Sausage. Big Ten mascots and cheerleaders, as well as Big Ten Network personalities, will join in the football fun at events like a 40-yard-dash and field-goal kicking. The 2016 Big Ten football season begins Sept. 1 with Oregon State at Minnesota in primetime on BTN.

Special Olympics Chicago is the charitable partner for the 2016 BTN Big 10K.