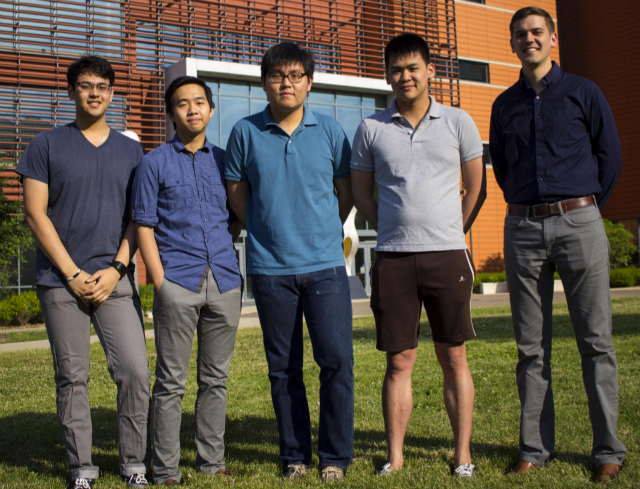 When most people imagine high-tech, interruptive startups, a grain silo isn?t the first image that comes to mind.

Yet Amber Ag, a startup run by students at the University of Illinois, is not only challenging the way we think about technology?s use in agriculture, it?s also innovating a process that will potentially save farmers thousands of dollars per harvest.

In a recent interview with U of I?s College of Engineering, junior Joseph Varikooty, Amber Ag?s Chief Technology Officer and President, described the financial impact the company could have in the future.

?Optimally harvested grain contains about 15 percent water,? said Varikooty. ?Every percentage point the grain is off of that number, it costs the farmer about six cents per bushel. That translates to a loss of about $6,000 for a harvest of 100,000 bushels.?

The core component of Amber Ag?s business is a product called Amber Waves Grain Sensing, essentially a series of sensors installed in grain silos that measure the amount of moisture in the grain stored there. The sensors not only detect the potential for costly spoilage from excess moisture, but do so at a significantly more affordable price point for farmers.

Amber Ag has not only developed an effective prototype of its product, but they?ve also received significant recognition of their efforts from the entrepreneur community around the university.

According to Varikooty, the team?s performance was more than they imagined.

?To say I was ecstatic would undermine how I really felt,? says Varikooty. ?There was a separate Ag Prize. Going into the competition, we focused on winning that. We thought it would be great to place in the top three [overall]. But our main goal was to secure the Ag Prize. Winning the Cozad went beyond all of our expectations.?

According to Frye and Varikooty, Amber Ag was encouraged by the startup-driven environment surrounding the University of Illinois.

?We actually met at a start-up event last September called 54 Hour Startup,? says Frye, a second-year MBA student.  ?That?s really where the idea was conceived. Joey, Tang and Xiang were working on a wireless sensor idea. Myself and [Ho] were working on the hardware. I had the ag background.?

?There was a lot of support from the university entrepreneurial ecosystem,? says Varikooty. ?It started with the 54-Hour Startup, which was a great medium to meet others who were just as motivated and just as passionate as we were. It also brought in mentors from different spaces and connected you with them.?

Frye says Amber Ag is currently based in the iVenture Accelerator at the UI Research Park with about a dozen other student start-ups: ?That?s holding our feet to the fire and making sure we?re taking the right steps to keep our momentum going.?

?There is some financial support, individually and for our team as a whole,? says engineer and senior-year student Tang. ?We also have a space to work. There are workshops almost every day, which help up with legal stuff, market research and those kinds of things.?

Meanwhile, the team is still enjoying the advantages of the Illini startup community?s support. Fresh off the Cozad competition, the Amber Ag team is expanding the capabilities of its grain-sensing product.

?From Cozad, we had the funds to do the more advanced field tests,? says Frye. ?We?re going through some programs to dig deeper into customer insights and discovery. Our focus for this summer is two things: field-test our prototype - checking its accuracy, checking its durability - and the customer-discovery part.?

The latter will help generate funding through larger research/governmental entities, a remarkable position to be in for four young men still finishing their degrees.

?To do this, each of us is making sacrifices over the summer,? says COO Tang, who will be a senior this fall. ?I?m an international student. I?ve talked to relatives and friends. I?ve never heard anyone else say they?ve had the opportunity to do something so cool and impactful [while in college].?

By Brian Summerfield and Scott Smith

Photo: Courtesy of University of Illinois