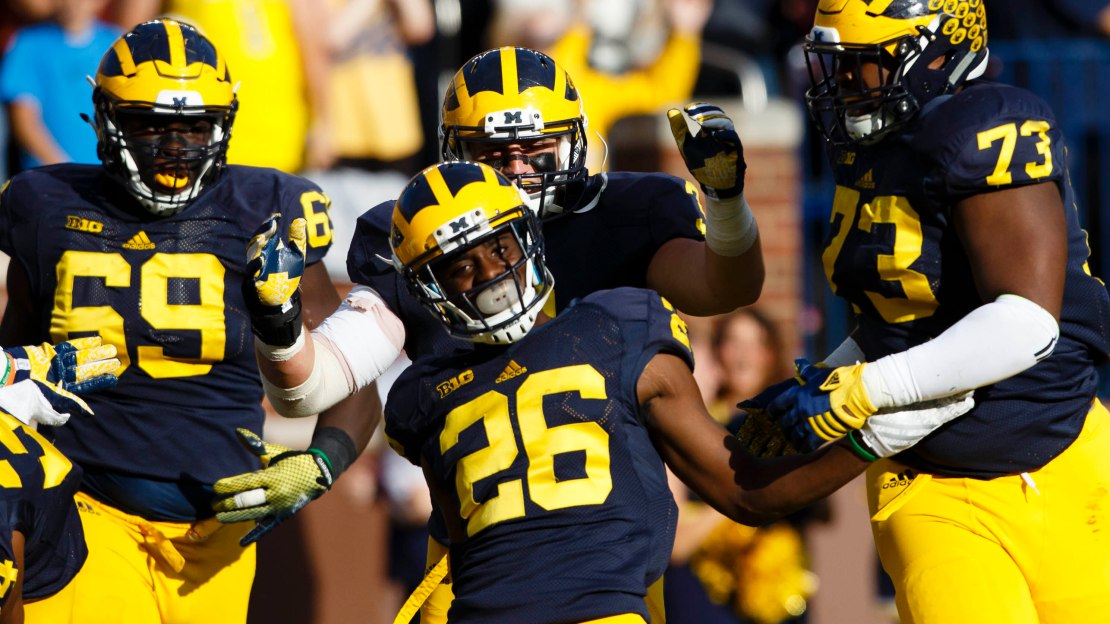 There is a lot to like about Michigan in 2016, as Jim Harbaugh begins his second season in Ann Arbor in pursuit of the program?s first Big Ten title since 2004. Among the many areas of strength is the secondary, led by Jourdan Lewis-one of the best corners in America.

Here is my ranking of the Big Ten East defensive backfields.

1. Michigan. Senior Jourdan Lewis lacks size but is one of the nation?s best corners and may win the Thorpe Award. He was a big reason why the Wolverines had the No. 3 pass defense in the nation in 2015. Senior Channing Stribling improved a lot in 2015 and is slated to start opposite Lewis with Jabrill Peppers? move to LB/jack-of-all-trades. Fellow senior Jeremy Clark is capable of starting. Senior Delano Hill is back to start for a third season at safety. He will be paired with fellow senior Dymonte Thomas, who played well late last season.

2. Michigan State. Injuries hampered this unit last year, but it could be good with three starters back. Sophomore Vayante Copeland needs to be a shutdown corner, which this defense lacked in 2015. He is coming back from a broken neck. Senior Darian Hicks is back to start on the other corner. Junior safety Montae Nicholson needs to finally live up to his potential. Senior safety Demetrious Cox is a rising star who also can play corner.

3. Ohio State. The Buckeyes basically are starting over with only one starter back in junior corner Gareon Conley. Safeties Tyvis Powell and Vonn Bell along with corner Eli Apple are gone. Sophomores Marshon Lattimore and Denzel Ward will battle to play the other corner opposite Conley. Junior Erick Smith and sophomore Malik Hooker look to be the safeties. Smith is coming off a knee injury; Hooker drips with talent.

4. Penn State. Losing CB Jordan Lucas hurts, but there is talent in State College. Junior free safety Marcus Allen is one of the Big Ten?s best. He will team with senior Malik Golden to give the Nittany Lions a nice tandem. Junior corner Grant Haley keeps getting better. Look for sophomore John Reid to start opposite Haley. Depth is good with players like junior corner Christian Campbell, junior safety Troy Apke and sophomore safety Koa Farmer.

5. Indiana. Four starters are back, so there?s hope that a secondary that typically struggles will be solid this season. The corners will be junior Rashard Fant and sophomore Andre Brown. The strong safety is junior Chase Dutra; the free safety is sophomore Jonathan Crawford. Fant is the best of the bunch, finishing No. 2 in the nation with 22 pass breakups last year. Crawford impressed as freshman last year, finishing second on the team with 76 tackles. The scheme of new DC Tom Allen calls for five DBs. Jayme Thompson will play the new ?Husky? spot. He was the No. 3 JC safety in the nation in 2015.

6. Maryland. It begins and ends with diminutive senior corner Will Likely, one of the best in the business and the lone starter back with guys like corner Sean Davis and safety Anthony Nixon gone. The staff likes sophomore corner Darnell Savage. Seniors Alvin Hill and Jarrett Ross also are factors. The corners probably will be asked to play press-man in an aggressive scheme. The safeties are new, with junior Josh Woods (free) and senior Denzel Conyers (strong) slated to start.

7. Rutgers. This group got a baptism by fire last year, as youth was served. The new staff wants to play press coverage on the corners. Is the personnel able to do that? Stay tuned. Michigan grad transfer Ross Taylor-Douglas should be one corner. The other is sophomore returning starter Isaiah Wharton, a good tackler. Senior Anthony Cioffi has moved from corner to be a safety. Sophomore Saquan Hampton is the other safety with fellow soph Kiy Hester in the mix.