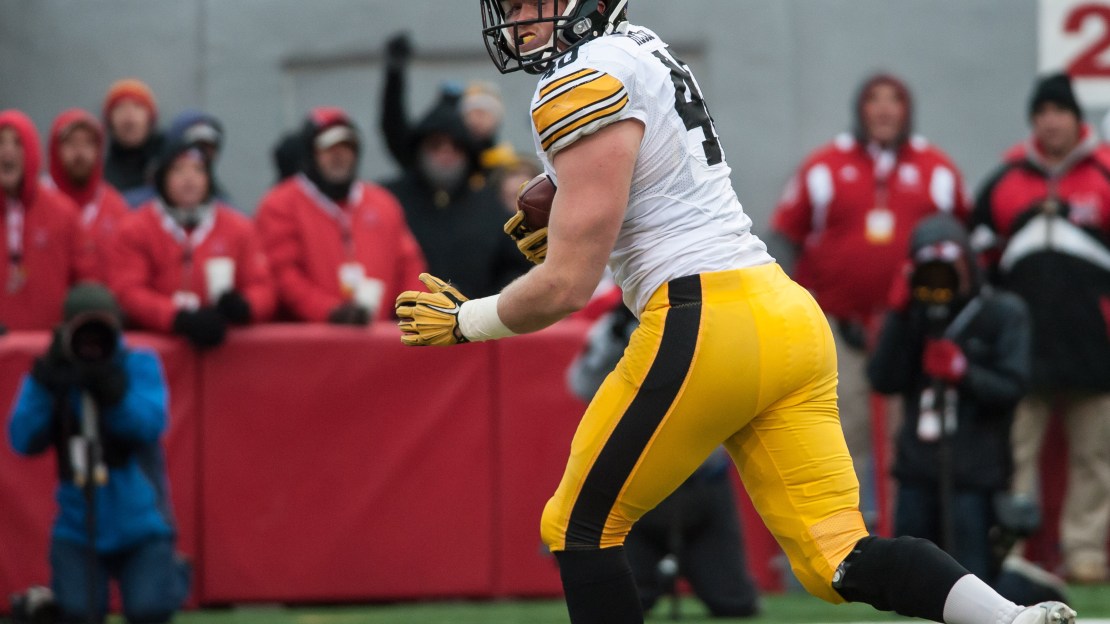 Ask any coach, and he?ll tell you the most difficult spot to recruit is defensive line. It is very difficult to find players who are big AND quick. Teams that can build good lines typically have a shot to win league titles. Iowa is one of those teams.

Here is my ranking of the Big Ten West defensive lines.

1. Iowa. It hurts not having ends Drew Ott and Nate Meier, who made for a formidable tandem. Still, there is lots to build on. Sophomore end Matt Nelson is a rangy option who drips with promise, and fellow sophomore end Parker Hesse is a high-effort guy. Senior tackle Jaleel Johnson may be one of the Big Ten?s better tackles and will form a nice tandem with junior Nathan Bazata. Depth is solid, too.

2. Wisconsin. This group looks good even without Arthur Goldberg, who no longer plays due to head injuries. Juniors Chikwe Obasih and Conor Sheehy are the ends. Obasih must be an anchor and playmaker for what was the No. 1 scoring defense in the nation in 2015. Sophomore tackle Olive Sagapolu looks to build on a good debut in this 3-4 scheme. Incoming freshman Garrett Rand many be special for new coordinator Justin Wilcox.

3. Minnesota. The pass rush needs to be amped up, as the Gophers notched just 22 sacks in 2015. That was 91st in the nation. And top rusher Theiren Cockran is gone. The tackles look good. Junior Steve Richardson is a walking fire hydrant. JC Merrick Jackson will help vs. the run. Junior Andrew Stelter, sophomore Gary Moore and senior Yoshoub Timms also work inside. Senior Hendrick Ekpe is an underrated end. Junior Gaelin Elmore was a tackle last year but has flipped outside. Jeff Phelps is a good line coach.

4. Northwestern. The tackles look good, with junior Tyler Lancaster and senior C.J. Robbins back to start again. Senior Greg Kuhar and sophomore Jordan Thompson-who impressed as a true freshman–also can play, giving NU a legit four-man rotation at tackle. Dean Lowry and Deonte Gibson will be missed at end. Is this the year senior Ifeadi Odenigbo finally breaks out? Junior Xavier Washington is an overachiever. Depth at end is unproven.

5. Nebraska. Big concerns loom with the losses of tackles Vincent Valentine, Maliek Collins and Kevin Williams. And Greg McMullen has graduated. That?s a combined 80 starts gone. Senior Kevin Maurice and bulked up freshman Khalil Davis are inside along with sophomore Mick Stoltenberg, who is back from a knee injury. Davis could be good, along with his twin Carlos. Who will rush the passer at end? Sophomore Freedom Akinmoladun-a former tight end–has a burst. Senior Ross Dzuris is a former walk-on. Freshmen Alex Davis and DaiShon Neal will try to impact. It is hoped new line coach John Parrella amps up this group.

6. Illinois. The Illini needs to improve vs. the run. And it begins here. End Jihad Ward can?t be replaced. But three starters are back led by senior end Dawuane Smoot, who can rush the passer and is a future pro. Fellow senior end Carroll Phillips is quick off the edge, too. Lots of bulk inside with senior tackles Rob Bain and Chunky Clements, who is underrated. Line coach Mike Phair is a big asset.

7. Purdue. Too often, this unit gets run over. Will that change in 2016? Senior tackle Jake Replogle is legit and could play for any Big Ten team. After that? Losing tackle Ra?Zahn Howard hurts, as he was booted from the team for academics. The Boilers need more from junior Gelen Robinson and senior Evan Panfil at end. Sophomore Eddy Wilson needs to step up at tackle. JC end Austin Larkin must impact after beginning his career at Notre Dame. He looked good in the spring. New d-line coach Randy Melvin must improve this unit.