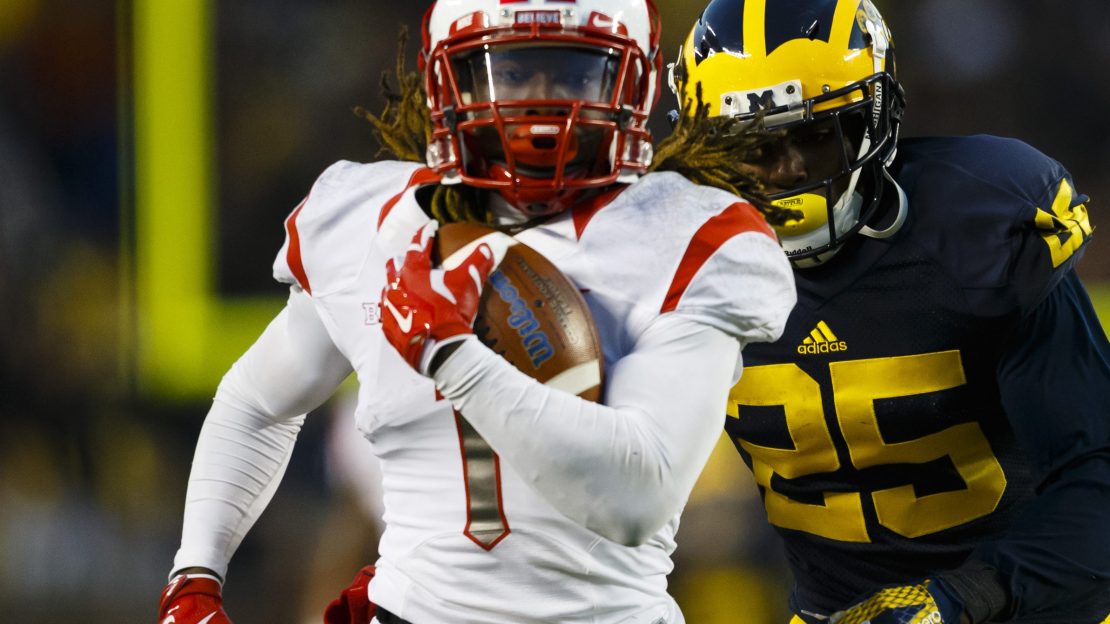 Rutgers is redoing its weight room. In the meantime, the Scarlet Knights are working out in the ?dungeon.? Perfect.

The school?s $1.25 million renovated weight room was scheduled to be ready when players returned to campus for summer workouts on June 1. But some unexpected structural issues have delayed the construction. Despite that, most things have been good in Ash's first six months as head coach.

"We've been swinging really hard to get the program foundation set the way we wanted it and establish the culture that we wanted, recruit the way we wanted," Ash told NJ.com. "I get asked a lot how it's going, and it's really going according to plan - the plan that we had coming into Rutgers."

Outside of a few marquee foes, McKewon thinks it?s a fairly ugly slate. He thinks no Big Ten team should have more than one loss out of its three games, and despite a commitment by the Big Ten to stop scheduling FCS squads, they?re still all over the schedule. All true. In the end, I don?t think this will impact the Big Ten?s ability to get in the playoff. And, that?s what matters, right? Top contenders Ohio State (Oklahoma) and Michigan State (ND) have marquee foes. Michigan?s slate lacks punch but does have a Power Five team in Colorado.

Penn State vs. Auburn? In football? Thanks!

"We are thrilled to be adding Auburn to our future football schedules," PSU athletic director Sandy Barbour said in a statement. "This is a great intersectional match-up and there will be significant interest from alumni, fans and students of both schools to be a part of the electric atmospheres on both campuses. I am very appreciative of Jay Jacobs' interest and efforts in making this home-and-home series a reality."

No more Jerry Hester on the Illinois radio broadcasts. That?s too bad.

?It was a tough decision,? Hester told The News-Gazette. ?From the business side, traveling and conducting an insurance business was difficult when you have such a time commitment through the basketball season. From a family decision, it was really weighing on me. I was spending so much time away from the kids and the wife.?

I always enjoy the ?On Iowa? podcast from the Cedar Rapids Gazette. In this edition, Marc Morehouse and Scott Dochterman discuss the pros and cons of Iowa keeping its rivalry game with Iowa State. To me, it?s no debate. You keep it.

Good story on former IU RB Tevin Coleman, who still has a bright future in Atlanta. This guy was one of my all-time favs.

?If Tevin can omit the turnovers and stay healthy, he can produce,? Falcons RB coach Bobby Turner said. ?He?s productive. He has the talent. He has the ability. Those are the two main objectives: Eliminate the turnovers, and keep him healthy.?

Yes, A.J. Hammons is gone, but Purdue still has a formidable big man coming back in Isaac Haas. In fact, I think the Boilermakers will be even better without Hammons. Haas is a talented player, and it will be fun to see what he can do with expanded minutes working in concert with Caleb Swanigan.

As player after player has opted out of a chance to play on the Olympic hoop team, Draymond Green has been named to the squad headed to Rio.