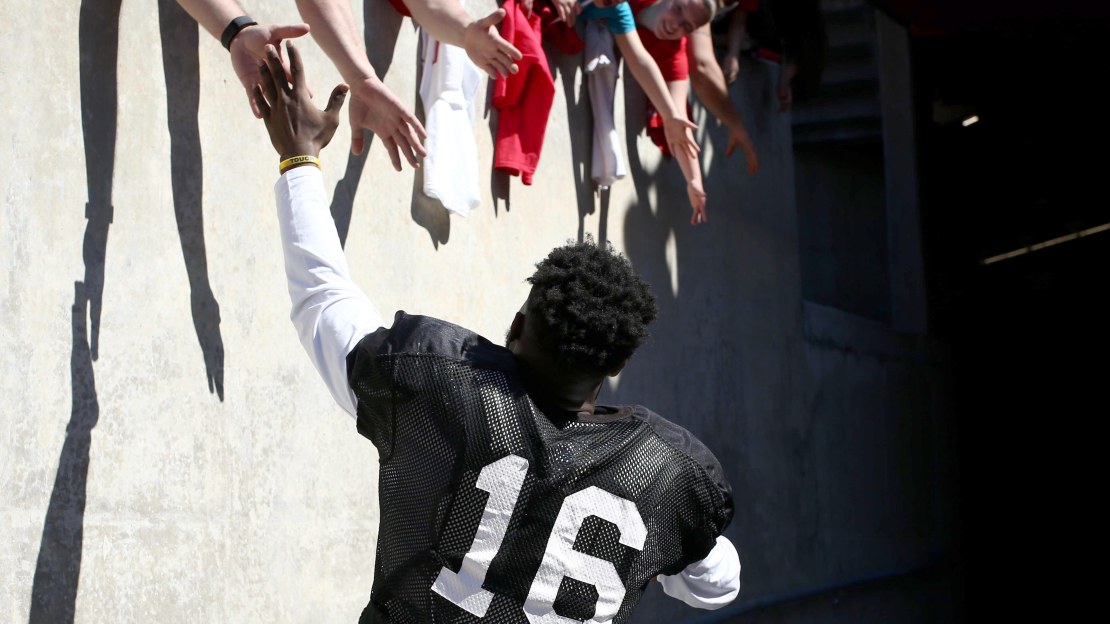 Without a good quarterback, a team has little chance to enjoy a glorious season. The Big Ten will feature several good signal-callers in 2016, led by Ohio State?s J.T. Barrett. In fact, Barrett just may be the league?s best hope to win the Heisman.

Here is a ranking of the Big Ten?s top seven quarterbacks.

1. J.T. Barrett, Ohio State, Jr. No competition this fall. The job is Barrett?s, as he looks to capture his 2014 form, when he was fifth in Heisman voting, helped guide the Buckeyes to the national championship and was the Big Ten QB of the Year. Barrett has great pocket savvy and is a good decision maker, taking over late in 2015 to hit 63 percent of his passes for 992 yards. Best of all: The 6-2, 225-pound Barrett is a respected leader among his peers.

2. C.J. Beathard, Iowa, Sr. He was a revelation in his first year as a starter, leading the Hawkeyes to the Rose Bowl and Big Ten title game. Beathard completed 223-of-362 pass attempts for 2,809 yards and 17 touchdowns, with just five interceptions. The 6-2, 209-pound Beathard also rushed for 237 yards and six touchdowns. What?s next?

3. Tommy Armstrong, Nebraska, Sr. He has his warts, as interceptions and decision making have been issues. Still, Armstrong is a versatile talent who has regularly shown the ability to hurt defenses with both his strong right arm and his running ability. The 6-1, 220-pound Armstrong looks to join Tommie Frazier, Eric Crouch and Taylor Martinez as signal callers who have started games in four consecutive seasons at Nebraska.

5. Tyler O?Connor, Michigan State, Sr. The 6-3, 225-pound O?Connor made a name for himself when in his first career start he led the Spartans to a stunning 17-14 triumph at Ohio State vs. the No. 2 Buckeyes last year. O?Connor hit 7-of-12 passes for 89 yards with a TD and ran for 25 yards to end OSU?s 23-game winning streak. He should continue to develop now that he?s the No. 1 man.

6. John O?Korn, Michigan, Jr. The 6-4, 209-pound O?Korn was the American Athletic Conference Freshman of the Year at Houston in 2013, hitting 58 percent of his passes for 3,117 yards with 28 TDs and 10 picks before struggling as a sophomore. O?Korn then transferred to Michigan, where he sat out last year. Now, he is battling for the starting job with Jake Rudock gone. O?Korn?s talent is undeniable, which is why many feel he will win the job.

7. Trace McSorley, Penn State, Jr. The 6-0, 200-pounder is a good fit for the new offense of coordinator Joe Moorhead. McSorley is an athletic dual-threat who showed his skills in the bowl game, when he came in for an injured Christian Hackenberg and hit 14-of-27 passes for 142 yards and two TDs to earn team MVP honors in the TaxSlayer Bowl.