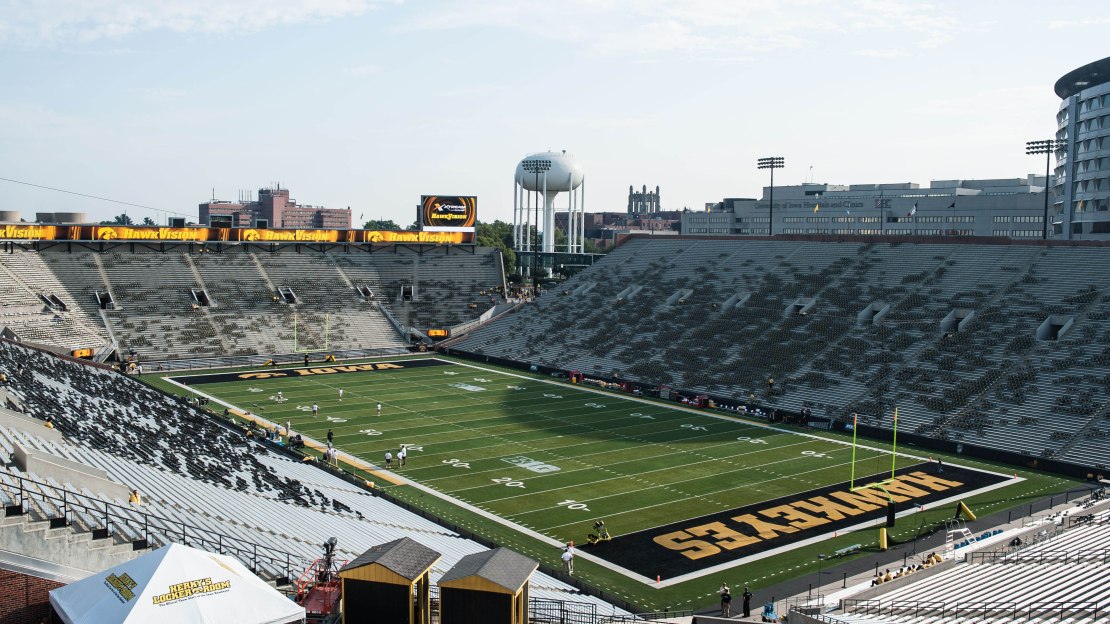 It was sad to hear of the passing of Iowa broadcasting legend Bob Brooks. The Cedar Rapids Gazette assembled some nice remembrances from former Hawkeyes on Twitter, showing the impact Brooks had.

It would be neat if Iowa teams wore some type of patch to honor Brooks in 2016-17. Mike Hlas has a nice tribute to Brooks here.

I am on record as saying I think John O?Korn will win the QB job at Michigan. Recently, he turned heads at the Manning Passing Academy by winning an award. The Houston transfer is good.

Interesting piece from Dave Jones of Pennlive.com on the guy who finds non-conference games for the Nittany Lions-and others. His name: Dave Brown.

Brown, an engineering graduate of Lehigh University and a longtime programming executive with ESPN until last year, has been a master guru of college football scheduling for the better part of two decades. He most recently was in charge of Disney's management of the University of Texas' fledgling cable channel The Longhorn Network.

N.J. com has tracked the recent transfers from Rutgers. (Yes, it?s a slide show. Sigh.) RU has had 10 players transfer since the end of 2014. And none have landed at a Power Five school. So, there is that.

The season is closer than you think. And Cleveland.com has a poll that ask readers the chances of Ohio State going unbeaten.

I don?t think the chances are good because of road games at Oklahoma and at Michigan State. The Buckeyes will probably win one of those tilts ? but not both.

Losing Andrew White to transfer no doubt hurts Nebraska?s chances for improvement next season, which shapes up as a big one for Tim Miles. The Huskers already had seen Shavon Shields graduate. It will be interesting to see how Miles and the Huskers respond.

Miles is ?extremely disappointed.? No doubt. It sounds like White was all about White instead of staying to help make Nebraska better.

It was difficult to watch Michigan State?s Deyonta Davis sit ? and sit ? and sit, waiting to be picked at the NBA draft. Finally, he went with the first pick in the second round. As this mlive.com story points out, Davis took the one-and-done gamble, and lost. Most mock drafts I looked at had Davis being the first Big Ten player selected. That honor went to Davis? teammate: Denzel Valentine.

Davis lost a good deal of money. But perhaps most importantly, he lost a guaranteed contract that goes to all first-round picks. For a project player like Davis, who isn't expected to play immediately in the NBA, that could be the biggest loss. Davis probably should have stayed in school.

Ditto Indiana?s Troy Williams, who went undrafted. Williams elected to forgo his final year of college eligibility to stay in the draft and was seen as a divisive prospect in some respects. IndyStar.com says his prodigious athleticism and explosiveness played in his favor. His persistent inconsistency and a two-way game still requiring polish at both ends of the floor did not.