Debate it: Who is the Big Ten's top darkhorse Heisman candidate? 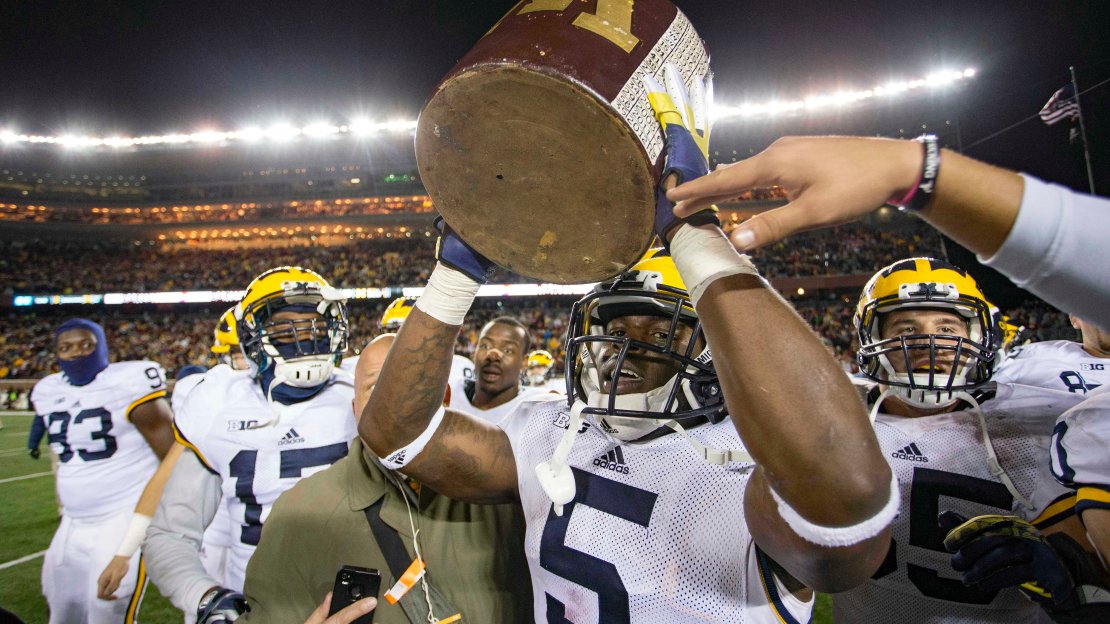 It is not secret that Ohio State quarterback J.T. Barrett will be a Heisman Trophy contender heading into the 2016 college football season.

Barrett is expected to be a favorite to take home the prestigious award, along with Stanford's Christian McCaffrey, Clemson's Deshaun Watson and LSU's Leonard Fournette.

But are there any other darkhorse Heisman contenders from the Big Ten?

I posed that question to BTN.com senior writer Tom Dienhart in this segment of "Debate It."

Other than J.T. Barrett, which Big Ten player has the best chance to be a Heisman Trophy candidate this season?

Iowa's C.J. Beathard made a name for himself last year when he quarterbacked the Hawkeyes to a 12-2 mark, the Big Ten title game and the Rose Bowl. Now, he's ready to make a run at the Heisman and join Chuck Long and Chuck Hartlieb as all-time Hawkeye great signal-callers. Beathard was the key to the Hawkeyes' magical run in 2015, showing the faith coaches placed in him prior to the season by naming him the starter was a prudent decision. The 2015 second-team All-Big Ten pick completed 223-of-362 passes for 2,809 yards and 17 touchdowns with just five interceptions and also rushed for 237 yards and six touchdowns. Beathard will have a good supporting cast around him in 2016 that will augment his chances for more big success. Matt VandeBerg leads an emerging group of wideouts with Jerminic Smith and Riley McCarron also capable. The line will be strong and LeShun Daniels and Akrum Wadley can tote the rock. And this year's schedule also offers a chance for success, with cross-division games vs. Rutgers, Penn State and Michigan. Take Iowa back to the Big Ten West title, and Beathard has a shot to be a legit Heisman contender.

Think back to Charles Woodson's Heisman Trophy winning season. He played defense, he played offense, he returned punts. He was one of the most electrifying players in college football during his time. Do you see the similarities here? Peppers is set to have a breakout season for the Wolverines. He is playing on a defense that should be one of the best in the nation and his move to OLB was designed in order to put him in a position to utilize his talents. If Peppers can record 75-plus tackles, pick off 3-5 passes, rush for 300-plus yards and return a few punts for touchdowns, how do you not put this guy on Heisman watch? I think Peppers is the most electrifying player in the Big Ten, and if this coaching staff can get the most of his talent, watch out. Jabrill Peppers has a chance to be a Heisman Trophy candidate in 2016.