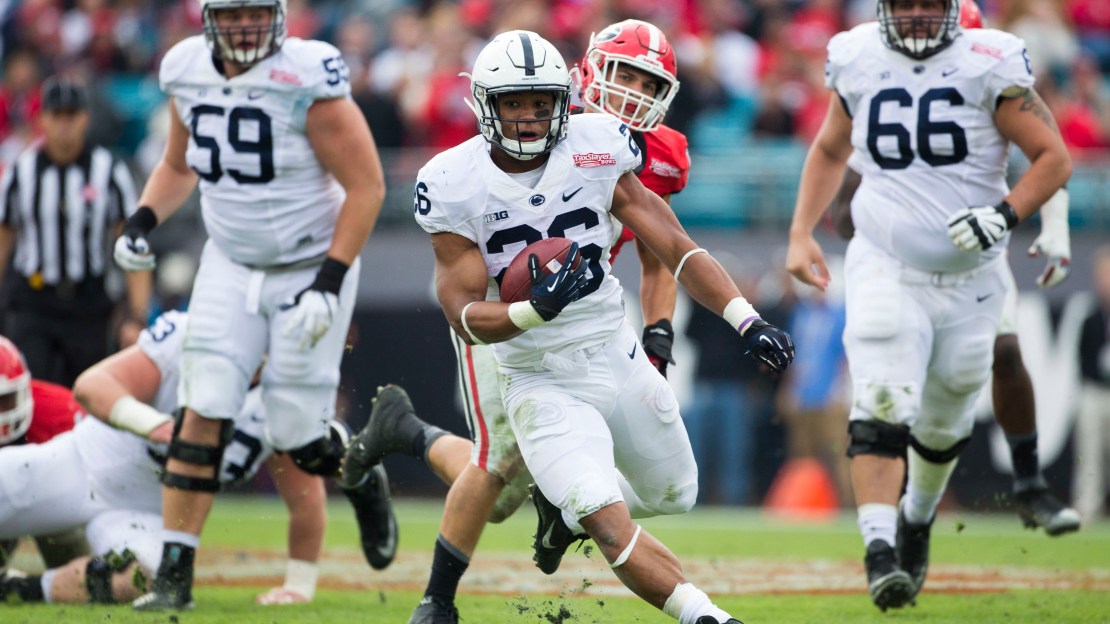 Mlive.com has a cool look at where Michigan and Michigan State football recruits have come from over the last 10 years. It?s a pretty cool map that shows it.

A tidbit for you: The top high school Michigan tapped is Detroit Cass Tech, with 11 players from the talent-rich program. Mark Dantonio's go-to school is Archbishop Moeller in Cincinnati, Ohio, with five signees.

What?s the next step for Penn State RB Saquon Barkley after he set a school record for rushing yards by a freshman? Keystone Sports has a good podcast that looks at the subject. This guy may leave campus as an all-time great. And, that?s saying something at Penn State.

Good piece from Tom Shatel of Omaha.com, who suggests that maybe Nebraska should consider reducing the capacity of Memorial Stadium in the name of modernizing the fan experience. Gasp!

I wonder how many schools will consider down-sizing.

Tickets just had gone on sale on Monday morning. This is impressive. It is the 23rd year in a row UW students have sold out their allotment of tickets.

NJ.com says Ash invited Rhule to be one of the co-headliners, along with Ohio State's Urban Meyer, at last Wednesday's Tri-State Showcase recruiting camp at Fairleigh Dickinson. It was the second time Ash and Rhule have teamed up

Two of the sport?s good guys!

This is interesting: Coaches will examine how teams are selected for the NCAA tourney.

The National Association of Basketball Coaches announced the ad hoc committee earlier this week. It will work with the NCAA in the coming weeks to discuss selection, seeding and bracketing processes. Will anything big come out of this? Probably not. Still, it?s interesting. Maybe we?ll get a few tweaks.

Incoming Michigan stud Rashan Gary, the top recruit in the nation according to some, expects big things from the Wolverine d-line this fall. I won?t argue that. In fact, this could be the top defensive line in the nation.

The softest schedules among Power Five schools? FOXSports.com has ?em.

Indiana, Iowa, Maryland and Minnesota are in the mix.

?Yeah, it is. Probably a bigger day for them. I?m sure a lot of butterflies, being anxious,? Ferentz said prior to Monday?s Polk County I-Club gathering at the Wakonda Golf Club in Des Moines. ?It?s part of the routine. All of us have gone through that at some point in our careers, whether it?s starting a new job or a new phase of your life. It?s just good to have them in house. We?re eager to start working with them.?

This team just may win the West ? again.