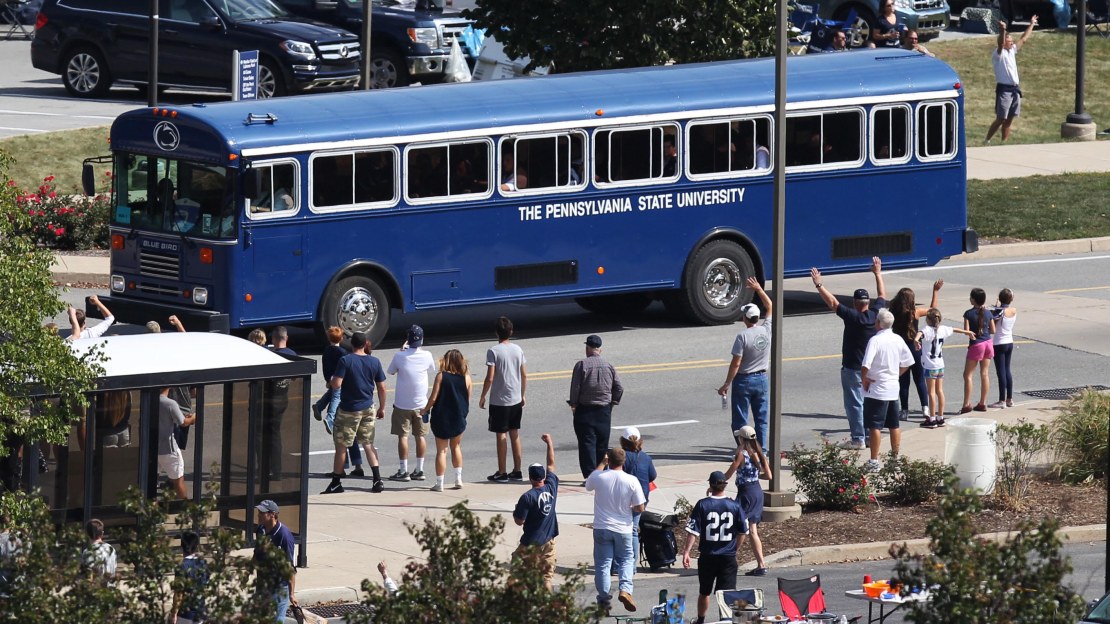 NJ.com takes a look at 10 Rutgers players who changed positions this spring. Warning: This is a slide show.

Chief among the changes: Julian Pinnix-Odrick has moved back to DE after being a DT. He needs to bring heat off the edge for a d-line that has a lot to prove.

Got your daily dose of Harbaugh here: Today, he says his Michigan staff is gaining energy as his camp tour rages on. Really? More energy? I?ll have what Jimmy is having.

But Pitt coach Pat Narduzzi offers this: "We're not going to do (that) many," he said. "I think you can get to a point where you wear your staff out and you're not fresh as a staff."

Fun stuff here from InsideNU.com, which came up with an idea: "This is SportsCenter"-esque commercials specifically focused on Inside NU.

This is my go-to site for all Northwestern sports. Just good stuff. Good writers.

The Big Ten lost an icon in Ron Mason, the former Michigan State A.D. and hockey coach who died at 76. I recall talking to him when I was in college for a story I did on Big Ten hockey for the Purdue Exponent. This was in the 1980s!

Now that Ohio State is going to allow beer sales in the Horseshoe, how long before Penn State does it in Beaver Stadium?

David Jones of Pennlive.com makes a point that hits home: ?If Ohio State says it's OK to sell alcohol across the stadium, you can bet this will be a green light for everyone.? Is this a good message to send?

Illinois got some good news recently when Tracy Abrams was awarded a sixth year of eligibility. This after a left Achilles injury last July scuttled last year.

The Champaign News-Gazette notes that season-ending injury came 10 months after Abrams tore his right ACL and missed the entirety of the 2014-15 season. John Groce can use Abrams in what shapes up as a big season for the Illini coach.

Nice IndyStar.com Q&A with Indiana coach Tom Crean, who says he?s never been more at peace. Well, no doubt. Winning the Big Ten last year helps calm the nerves. And having a loaded roster coming back also helps. Crean has it rolling in B-town.

This is a good wide-ranging Q&A that covers a lot of ground.

Former Spartan Draymond Green is making quite a name for himself. And, it?s not all good. The guy has four flagrant fouls in the playoffs and was suspended for Monday?s game. He is the first player suspended for the NBA Finals since Jerry Stackhouse in 2006. No doubt, the Warriors could have used him on Monday night to guard LeBron.