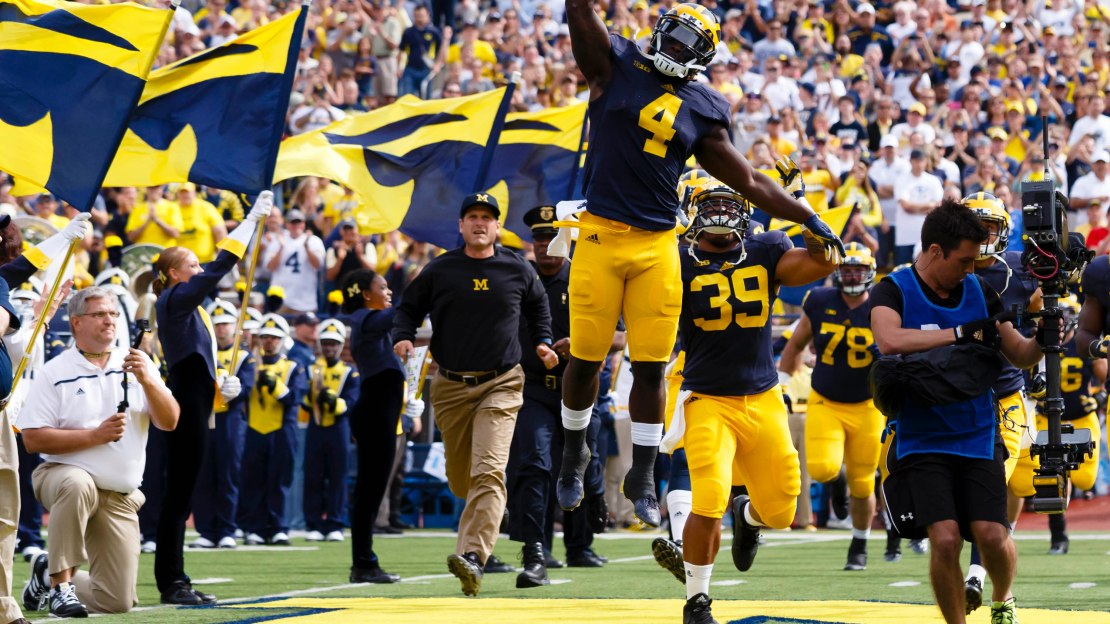 Which Big Ten team has the best jersey in the conference?

This is a question that always seems to inspire great debate among fan bases across Big Ten Country.

Our friends over at ESPN posed that question as part of their ongoing national roundtable series.

The winner: The Michigan Wolverines.

Here's what ESPN's Jesse Temple said about the pick.

"The Wolverines' winged helmets are as iconic as any single uniform article found on the football field. Michigan has been wearing variations of the design since 1938, when coach Herbert "Fritz" Crisler made the change after arriving from Princeton. One consideration for the switch came because Crisler thought his quarterbacks might be able to see receivers better down the field. In his first season there, the Wolverines nearly doubled their passing yardage total from the previous year, and the pattern has stuck ever since. For something to withstand the test of time, particularly in an era in which some programs use dozens of uniform combinations, is truly special. Throw in the block M and a maize-and-blue color scheme that is now more than 100 years old, and it's easy to see why Michigan takes the top spot in the Big Ten."

Now remember, Michigan will be making the move to Jordan Brand, which will become the Wolverines? official athletic footwear, apparel and equipment provider for both the football and basketball teams.

Instagram user @next_gen_uniforms recently put together a concept uniform design, to show what the Wolverines' football uniforms could look like.

Check it out above.

Now, keep in mind this is just a concept, meaning Michigan will not actually wear these uniforms.

With the move to Jordan Brand, does Michigan remain the leader for the top uniform in the Big Ten?