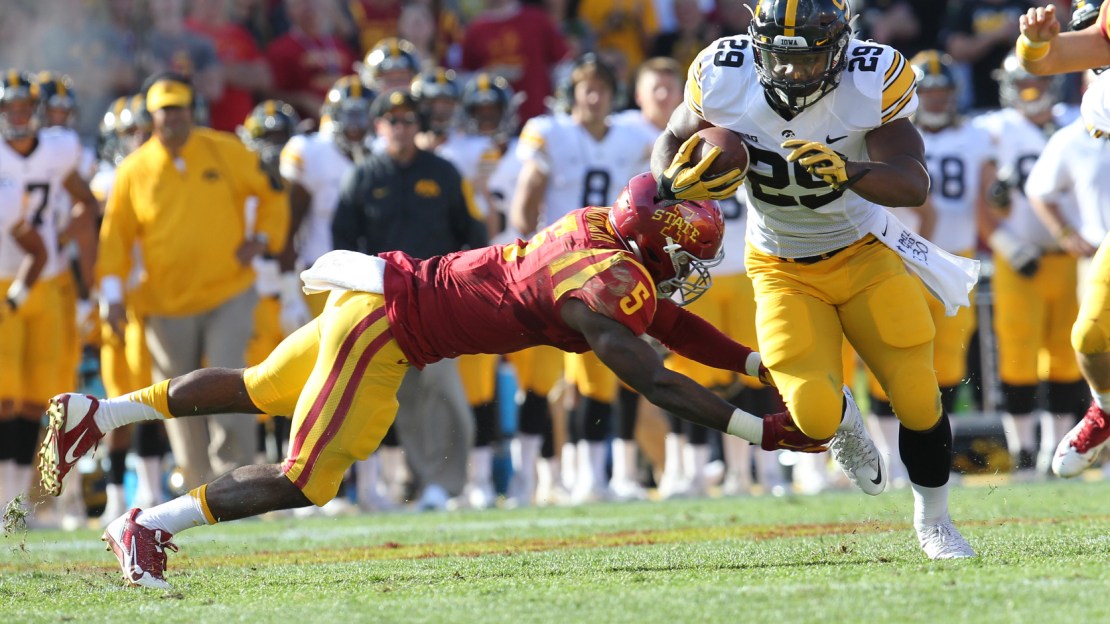 If Nebraska is going to have a banner season, it will have to navigate a challenging non-conference slate that is highlighted by a visit from Oregon. Conversely, Purdue's Darrell Hazell catches a break by not having much heavy lifting out of conference.

Here is a ranking of the non-league schedules of the Big Ten West schools, from toughest to easiest.

1. Nebraska. The visit from Wyoming, led by former Husker player and assistant Craig Bohl, on Sept. 10 in the second game of the season should be a breeze. Bohl has gone just 6-18 in two seasons in Laramie. The program hasn?t been to a bowl since 2011. The visit from Oregon on Sept. 17 will be daunting. The Ducks have become what the Cornhuskers used to be: A consistent national title contender. Oregon is in a bit of transition with a new QB. And the Ducks also have a new defensive coordinator: Brady Hoke, the ex-Michigan coach. These programs haven?t met since a two-game series in 1985-86, when both games were played in Lincoln and won the Nebraska, 63-0 and 48-14, respectively.

2. Minnesota. A tough slate awaits. The Gophers need to be careful in the opener on Sept. 1 vs. Oregon State. Yes, the Beavers went 2-10 last year and didn?t win a Pac-12 game in Gary Andersen?s first season in Corvallis taking over for Mike Riley. Still, Andersen-the ex-Wisconsin coach–knows the Gopher personnel. And he has had over a year to get his systems implemented. If Minnesota isn?t ready, it could get dumped. It won?t get any easier than the Sept. 10 visit from FCS Indiana State, the second of three non-conference games at home to open the season for Minnesota. The Sept. 24 visit from Colorado State will be a challenge. The Rams are one of the nation?s top non-Power Five teams, going to nine bowls since 2000. The Gophers needed OT to dispatch CSU last year in Ft. Collins, taking a 23-20 win.

3. Illinois. This slate will be a challenge for Lovie Smith. The lifting won?t get any lighter than in the Sept. 3 opener vs. FCS Murray State in Champaign. Illinois will need this tune up as prep for North Carolina?s visit the next week followed by a dangerous home game vs. P.J. Fleck?s Western Michigan Broncos. North Carolina?s visit on Sept. 10 will be a great test. Last year, the Illini waded into Kenan Stadium and got thumped, 48-14. Can the Illini compete with an established non-league foe and avoid a blowout? The visit from Western Michigan on Sept. 17 is dangerous. P.J. Fleck is an up-and-coming coaching fireball who has assembled talented teams. In fact, Western Michigan may have as much talent as Illinois.

4. Northwestern. This is a deceptively challenging slate. I just touched on P.J. Fleck and Western Michigan in the Illinois section. The visit from Duke on Sept. 17 is intriguing. The Wildcats waded into Durham, N.C., last year and took a 19-10 decision. This was a good Blue Devil squad that would go on to cap an 8-5 season with a win vs. Indiana in the Pinstripe Bowl, the program?s fourth postseason trip in succession. David Cutcliffe always has a solid team. The visit from Illinois State on Sept. 10 could be a trapdoor. The Redbirds are one of the nation?s top FCS programs under Brock Spack, who is 56-29 at Illinois State with three playoff appearances in seven seasons and a trip to the title game in 2014. And you know ISU would love to knock off an in-state foe.

5. Wisconsin. No Big Ten team has a more daunting season opener, as the Badgers take on LSU in historic Lambeau Field on Sept. 3. These teams opened vs. each other in 2014, as the Tigers took a 28-24 win at Houston. LSU is 3-0 all-time vs. the Badgers. Adding spice to this opener: Former Wisconsin DC Dave Aranda is now running the Bayou Bengal defense. There aren?t too many easy games on UW?s schedule. But the visit from Georgia State on Sept. 17 in the third game of the season should be a breeze. A game vs. Akron is slipped in. Terry Bowden has done a nice job with the Zips, coming off an 8-5 season and bowl win.

6. Iowa. The opener vs. Miami (Ohio) should be a breeze. Chuck Martin is in just his second season in Oxford, going 5-19 in two years. The RedHawks haven?t had a winning record since 2010. Can you say ?cupcake?? Sure you can! Try it! The battle for the Cy-Hawk trophy always is a humdinger. This year, the Cyclones, led by new coach Matt Campbell, come to Iowa City on Sept. 10 in the Hawkeyes? second game of the year. Know this: Kirk Ferentz is just 8-9 vs. the Cyclones. A visit from FCS power North Dakota State has ?danger? written all over it. The Bison are better than most FBS squads, winning the last five FCS national championships. North Dakota State has toppled the likes of Kansas State, Minnesota, Iowa State and Kansas in recent years. Yes, QB Carson Wentz-the No. 2 pick in the 2016 draft–is gone. Still, the Bison will be a tough out. You have been warned, Herky.

7. Purdue. The Boilermakers have a manageable slate. It starts with the season-opener vs. Eastern Kentucky. But the Colonels won?t be a pushover, as they typically are one of the better FCS programs in the nation. Expect a close game. The visit from Cincinnati on Sept. 10 will be tough. UC was the first opponent for Darrell Hazell at Purdue back in 2013 ? and the Bearcats throttled the Boilermakers, 42-7, in Cincinnati. The Bearcats are well coached under Tommy Tuberville, who has taken the Bearcats to bowls in each of his three seasons in the Queen City. Nevada typically always has a solid program. That game is tougher than it appears. The football cognoscenti knows that.