Best of Week 7: Buckeyes vs. Badgers headlines this Saturday 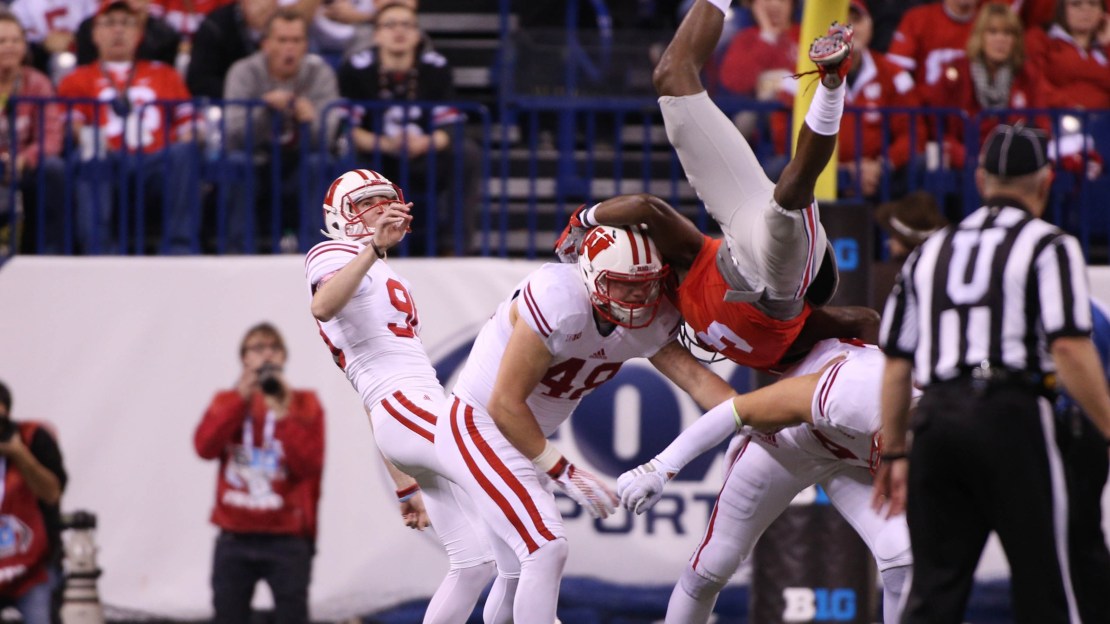 At first glance, the six Big Ten games in Week 7 lack a little pizzazz, but this far into the season things could become interesting.

The headline act is Ohio State?s trip to Wisconsin. The schools arguably have been the best in their divisions in recent years. The Buckeyes have won the last four meetings and seven of eight. The last Badger win was in Madison in 2010. The Buckeyes won the last time they visited Camp Randall Stadium, taking a 21-14 decision in 2012. The schools last played in 2014 in the Big Ten title game, a whopping 59-0 Ohio State victory.

Northwestern goes to Michigan State in an intriguing intra-divisional clash. NU is 1-5 in its last six contests vs. the Spartans, but the Wildcats won the last time they were in East Lansing (2012).

This may surprise you but this will be the first time Indiana plays Nebraska as a Big Ten team. The schools last met in 1978, with the Cornhuskers taking a 69-17 decision.

Michigan and Penn State are off.

Game of the week: Ohio State at Wisconsin. Ohio State has won four in a row vs. the Badgers and seven of eight, last losing in Madison in 2010. OSU hasn?t been to UW since 2012. This will be a good test for the Badgers, who will be in the midst of a brutal stretch. Wisconsin is off the week leading into this game, which will help. But they will be coming off games at Michigan State and at Michigan with a game at Iowa to follow OSU?s visit.

Best quarterback matchup: Let?s go with Iowa?s C.J. Beathard vs. Purdue?s David Blough, the likely starter in West Lafayette. Beathard may be the top signal-caller in the Big Ten, coming off a banner season in which he led the Hawkeyes to a 12-2 mark and to the Rose Bowl for the first time since the 1990 season. Blough showed flashes last year after taking over the job at midseason. He will be working with a new OC in Terry Malone.

Best head coach matchup: Northwestern?s Pat Fitzgerald vs. Michigan State?s Mark Dantonio will be a good battle of the wits. Each is coming off a spectacular season, as Fitzgerald led the Wildcats to 10 wins last season while Dantonio took the Spartans to the College Football Playoffs for the first time. Each is among the longest-tenured coaches in the Big Ten, with Fitzgerald in his 11th season and Dantonio in his 10th. Only Iowa?a Kirk Ferentz (entering his 18th season) has been in his job longer .

Best coordinator matchup: The clash between Wisconsin?s Paul Chryst, who runs his attack, and Ohio State defensive coordinators Luke Fickell and Greg Schiano should be good. Chryst is one of the brightest offensive minds in the game, but he?s breaking in a new quarterback. Schiano was the biggest assistant coach hire in the Big Ten in the offseason. He has been head coach at Rutgers and with the Tampa Bay Buccaneers, bringing a wealth of knowledge to Columbus as the replacement for Chris Ash, who took the Rutgers job.

Upset alert: Rutgers needs to be careful when Illinois comes to visit. The Fighting Illini are rebuilding under Lovie Smith. You know Illinois will be thinking it can topple Rutgers. And Illinois has some talent, especially on offense. Another reason why the Scarlet Knights should be worried: The visit from Illinois comes on the heels of a rugged three-game opening stint of Big Ten play for RU. This will be the first meeting between these schools since a two-game series 10 years ago, as Illinois won 33-30 in Champaign in 2005 and Rutgers prevailed 33-0 in New Brunswick in 2006.

Ranking the Games of Week 7:

1. Ohio State at Wisconsin
2. Northwestern at Michigan State
3. Nebraska at Indiana
4. Minnesota at Maryland
5. Iowa at Purdue
6. Illinois at Rutgers