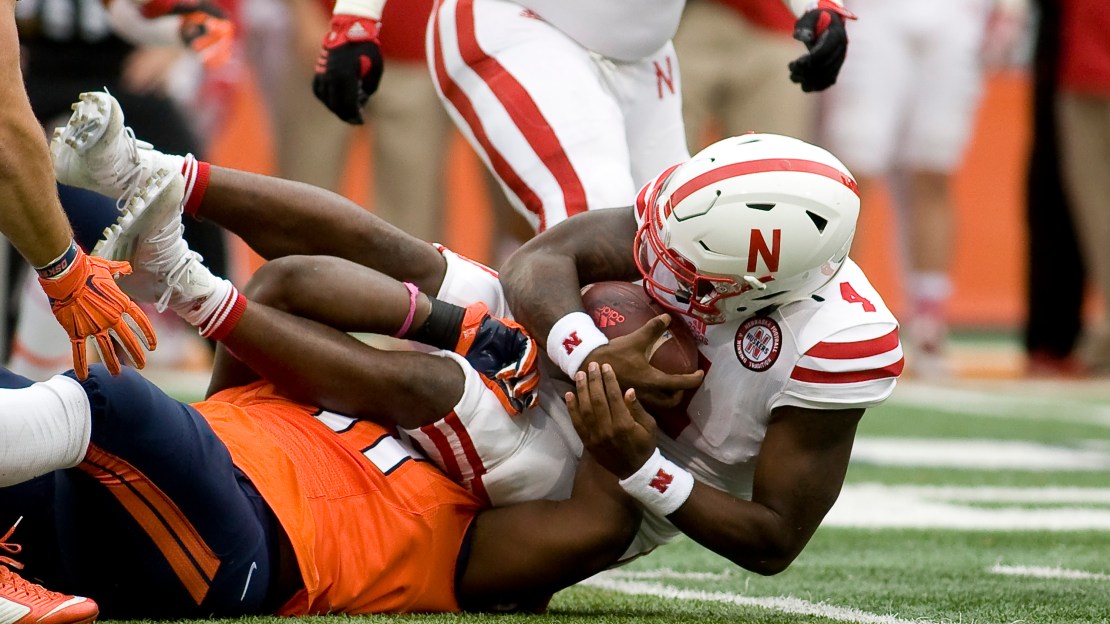 Week 5 brings us the first full-blow Saturday of all Big Ten games, as all 14 teams are in action headlined by a big intra-division tilt with Wisconsin at Michigan.

Nebraska will have revenge on its mind when Illinois comes to town. Last year in Champaign, the Huskers suffered an epic meltdown in a 14-13 loss. The Fighting Illini moved 72 yards in 41 seconds, scoring with 10 seconds to play on a 1-yard TD grab by Geronimo Allison. Illinois trailed 13-0 before scoring with 13:21 to play. Nebraska squandered chances, the last when it elected to throw on third down in the final minute with Illinois out of timeouts.

Northwestern could waltz into Iowa and topple the Hawkeyes, who have won the last three vs. the Wildcats. A big key for NU will be how well QB Clayton Thorson is playing; he needs to inject life into what has been a pedestrian passing game. Iowa has won three in a row vs. Northwestern, which hasn?t won in Kinnick since 2009. This is a big West Division tilt.

Michigan State has won seven in a row and 15 of 17 from Indiana. The Spartans last lost in Bloomington in 2006. This could be a dangerous trip for Michigan State, especially if IU?s offense is clicking with a new QB.

New Rutgers boss Chris Ash will take on his former boss in Urban Meyer. The Buckeyes have won the only two meetings in the series vs. the Scarlet Knights, taking a 56-17 decision at Ohio State in 2014 and a 49-7 win last year at Rutgers. Ash hopes to model RU?s program after what Meyer has built in C-bus.

This is the first Big Ten meeting between Purdue and Maryland. The Terps physically manhandled the Boilermakers, 24-7, in the 2006 Champs Sports Bowl, the lone meeting between the schools as Joe Tiller faced off with Ralph Friedgen.

This is the latest in my series of looks at each week of the 2016 season. Some of my previous ones are here nelow:

Here is a look at the Best of Week Five.

Game of the week: This will be Wisconsin?s first tilt vs. Michigan since 2010 when the Badgers won in Ann Arbor; Wisconsin has won the last two and three of the last four. This is part of a brutal start to the Big Ten season for Bucky, which plays Michigan State the week before and takes on Ohio State, Iowa, Nebraska and Northwestern after playing the Wolverines.

Best quarterback matchup: Let?s go with Illinois? Wes Lunt vs. Nebraska?s Tommy Armstrong. Lunt is a vet who has yet to fully develop since arriving from Oklahoma State. Maybe a new coaching staff will help the uber-talented senior passer finally blossom. Armstrong has plenty of experience and is a primo athlete, but he still makes some dubious decisions with the ball. He had 16 picks last year; he has 53 career TD pass and 36 picks.

Best head coach matchup: Northwestern?s Pat Fitzgerald vs. Iowa?s Kirk Ferentz. These are the Big Ten?s elder statesmen, as Fitz enters his 11th season in Evanston and Ferentz is in his 18th in Iowa City. No league coaches can match their tenures.

Best coordinator matchup: Michigan offensive coordinator Tim Drevno vs. Wisconsin defensive coordinator Justin Wilcox. Drevno made a big impact in his first season in Ann Arbor in 2015. Michigan ranked in the top 25 of five offensive categories: red zone offense (7th), third down conversions (17th), fumbles lost (21st), tackles for loss allowed (24th) and turnovers lost (25th). The offense converted 52-56 red zone chances (93%) with a pair of kneel downs to finish games counted in that total, scoring 37 touchdowns and 15 field goals. Wilcox takes over for Dave Aranda, who left big shoes to fill. Wilcox spent the last two seasons as the defensive coordinator at USC. The Trojans won the Pac-12 South title last season and made a second-straight appearance in the Holiday Bowl. In 2014, USC's defense was in the nation's top 20 in turnover margin, red zone defense and third-down conversion defense. Last year, the Trojans led the Pac-12 in third-down conversion defense and scored five defensive touchdowns, good for third-best in the country.

Upset alert: It wouldn?t be a shock to see Minnesota waltz into Beaver Stadium and shock Penn State. The Nittany Lions are still a work in progress in Year Three under James Franklin. There is a new offense and quarterback, as well as a new defensive coordinator. And a new o-line coach in former Gopher OC and offensive line coach Matt Limegrover, who no doubt will be jacked to play his former employer. The Gophers could be riding high on a 3-0 start as they head to State College, Pa., for their first road game of the season coming off a home tilt vs. Colorado State. Penn State will be coming off a tough, physical game at Michigan.

Ranking the Games of Week Five