BTN LiveBIG: Illini app gives kids something to chew over 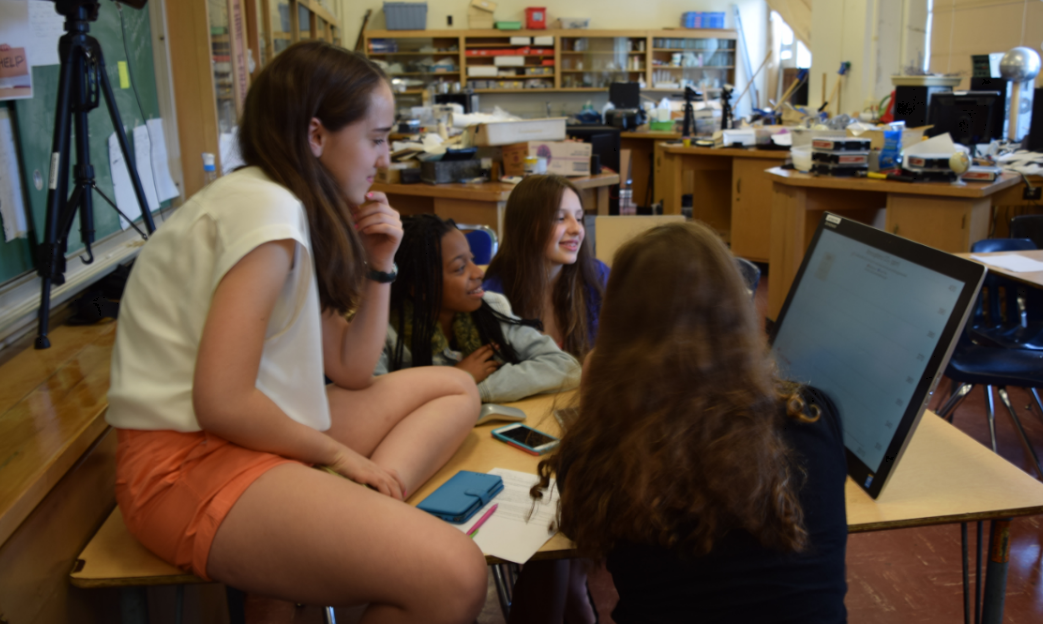 The only thing more difficult than getting kids to make healthy dietary choices is holding their attention in a classroom. The new ?Food for Thought? app, a project developed at the University of Illinois, might help children do both.

Emma Mercier, assistant professor of curriculum and instruction at Illinois, designed ?Food for Thought? with a team of researchers. The technology aims to help kids make more environmentally friendly decisions with what they eat, as well as provide a window into how today?s youth analyze data.

?Over the course of nine months, we really tried to look at what would be an interesting piece of technology for cooperative activity for students to engage with data and learn about environmental issues in a way that?s relevant to them,? Mercier said.

?The idea was to tie it back to their food choices and help them understand that while many of these issues are on a global scale, there are things they can do to make an impact,? she added. ?We created maps that actually gave them data about foods so they could make judgment calls about how many calories the food contains, how much it costs, how much water it takes to produce it and the carbon equivalent to produce the food.?

The app displays a dinner plate that students are able to fill with various foods. As they personalize their meal, the app delivers information about the nutritional data, including calorie counts, and carbon footprint associated with each item on the plate.

To test out the app, seventh- and eighth-grade students from the Urbana-Champaign area made the short trip to the College of Education?s Illinois Digital Ecologies and Learning Laboratory. While the students engaged with ?Food for Thought? on 55-inch multitouch tabletop screens, Mercier and the researchers gave them specific assignments and monitored their interactions. 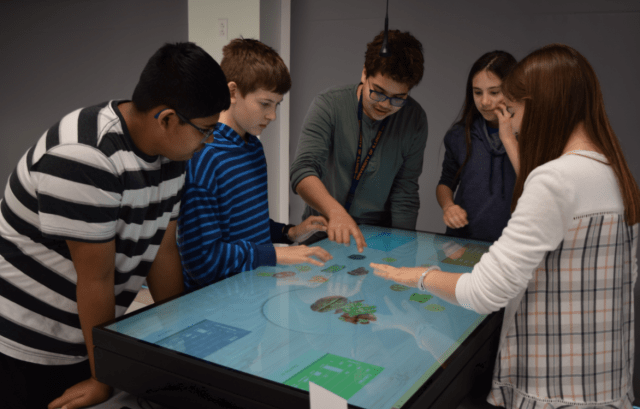 The kids quickly ran into some hiccups, but the app opened their eyes to how their diet can affect the environment. And the researchers saw the students learn to sift through many pieces of data.

?When we ask them to make the most environmentally friendly meal, they realize there are only 300 calories in there. That?s not a whole lot of food,? Mercier said. ?So they are actually trying to balance three or four pieces of information simultaneously and understand the trade-off values.

?It takes some level of conversation. Four or five students actually have to negotiate to determine what kind of meal they want to make, and then they understand what costs are associated with their favorite meals. The students who make entire plates full of bacon, sausage, chicken and hamburgers realize that they are going to destroy the world if they eat like this.?

Before visiting the lab, the students kept food diaries of what they ate during the previous week. Then they compared those meals with their peers on the app to see how they could make healthier and more sustainable choices.

Some of the students really took what they learned to heart.

?We were in school the day after with them, and one of the students said she went out to dinner with her parents the night before, and she?d frequently order steak for dinner,? Mercier said. ?But she thought about the environmental impact of what she ate, and she decided to go with chicken instead.?

?A lot of them said they talked to their families and friends about it too,? she said. ?The other things they talked about while they were in the labs with us were food waste and portion size. Food waste was one they particularly caught onto ? they often bring a lot of food to school for lunch and then just throw away what they don?t want.?

The journey is far from over for Mercier and her group of grad students, who helped with many facets of the app, including software development, graphic design and content development. This summer, they?ll examine the video of the students? experience to draw more conclusions on data literacy.

[btn-post-package]?My grad students and I will spend a lot of time looking at the quality of the interaction and how they talked about the data,? Mercier said. ?We really are asking ?How do they make sense of the data that they had? And how did that inform the type of teaching we should do or the types of support that we should build into the app??

?The level of engagement seemed really high, especially for some of the students who may be less engaged usually in the classroom,? she added. ?That?s something we find a lot with [their] psychology - technology can get students to do things that they won?t typically do in a classroom.?