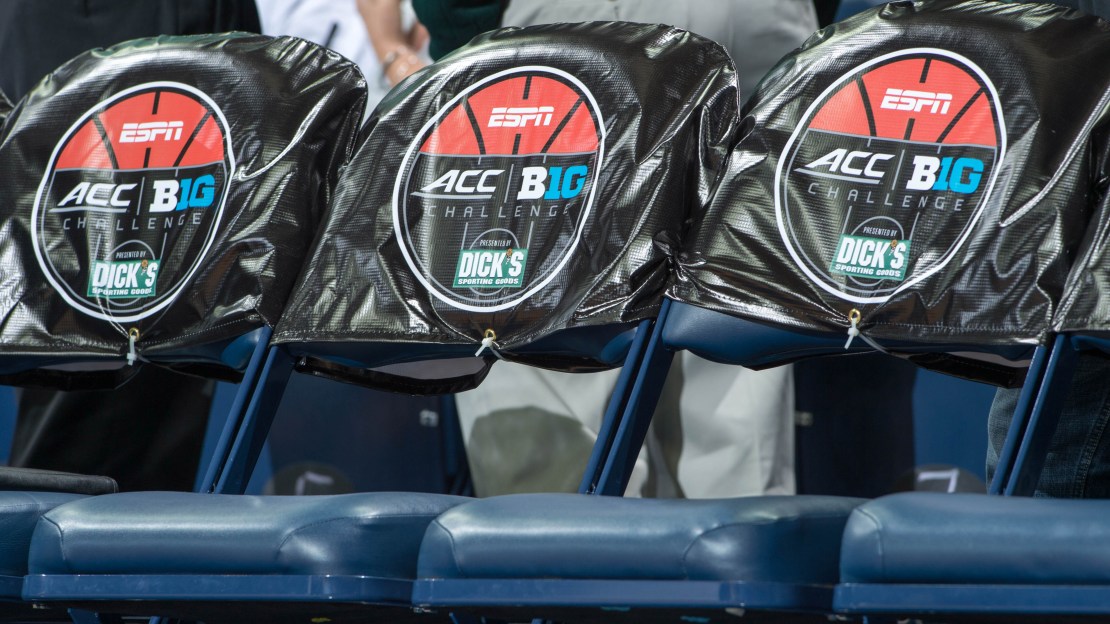 Get ready, Big Ten basketball fans! The matchups for the 2016 ACC/Big Ten Challenge were released to the public today.

How does Michigan State at Duke sound? Or, how about Syracuse at Wisconsin and North Carolina at Indiana?

Check out the 2016 ACC/Big Ten Challenge matchups and see one fun fact for every matchup.

These two teams last met in 2013, with the Gophers beating the Seminoles, 71-61, behind 21 points from Austin Hollins.

Northwestern coach Chris Collins and Wake Forest coach Danny Manning played for two of the most prestigious programs in college basketball history during their playing days. Collins played at Duke from 1992-96, while Manning starred at Kansas in the mid 80's.

Illinois is expected to return its entire starting lineup next season, including Malcolm Hill, who ranked in the Top 15 of the Big Ten in scoring, rebounding, assists, steals and free throw percentage.

Michigan State and Duke will rely heavily on the play of freshmen next season as both the Spartans and Blue Devils feature Top 5 nationally ranked recruiting classes in 2016.

The Hawkeyes received great news on Friday when Peter Jok, who averaged 16.1 points per game last season, announced he will be returning to Iowa for his senior season.

The last time these two programs played one another was back in the 2008 Big Ten/ACC Challenge when Iman Shumpert starred for the Yellow Jackets. Shumpert missed a deep 3-pointer at the buzzer as Penn State held on to win.

These two teams played one another in last year's Big Ten/ACC Challenge. Nigel Hayes had 15 points and 12 rebounds as Wisconsin beat Syracuse, 66-58, in overtime.

North Carolina and Indiana both rank in the Top 10 when it comes to the most wins in NCAA Division 1 college basketball history. UNC actually has the most wins of any team in the ACC, while Indiana has the most victories of any program in Big Ten history.

Rutgers will welcome new head coach Steve Pikell to the sideline in 2016, while Miami head coach Jim Larranaga is set to enter his 33rd season as a college basketball head coach.

These two programs have not played one another since back in 2002 when Virginia Tech defeated Michigan, 65-53.

Ohio State is expected to return all five starters from this past year?s team, including the Buckeyes' top six scorers. On the other end, Virginia will loose three of its top four scorers from last season.