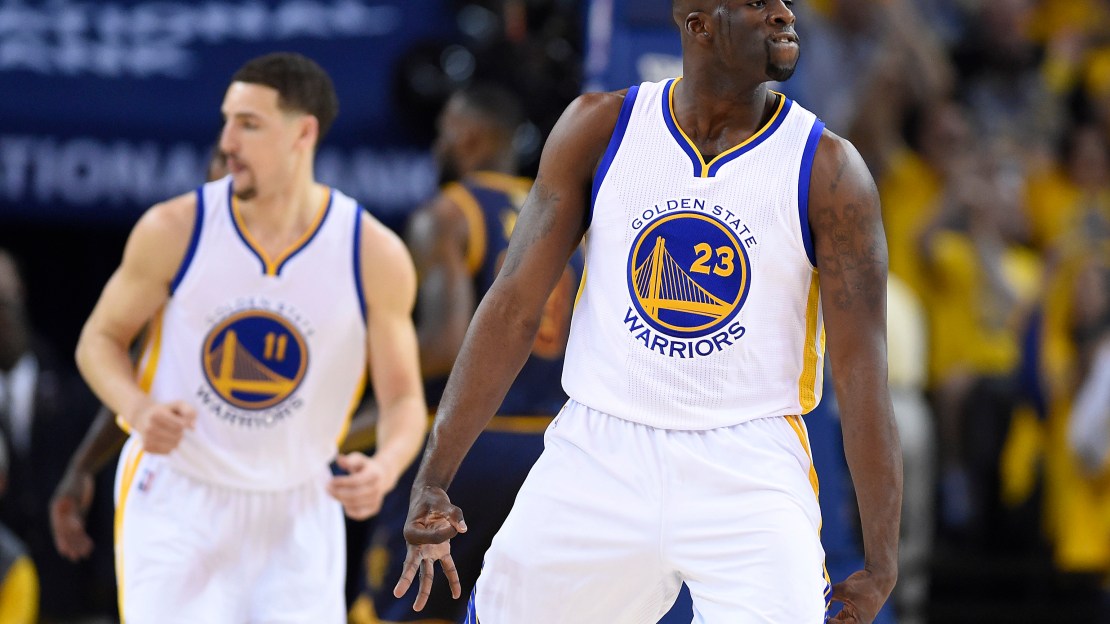 Draymond Green is one of the most talked-about players in the NBA.

The former Michigan State star has developed into an NBA All-Star since being selected No. 35 overall in the 2012 draft.

In fact, Green recently ran off the names of all 34 players selected ahead of him in an interview with the Mercury News. It fuels him every day as he continues to develop into a rising star and attempts to lead the Golden State Warriors to their second consecutive NBA championship.

With that said, I posed the following question to BTN.com senior writer Tom Dienhart: Who is the best Big Ten NBA Draft steal ever?

Green certainly has to be in the mix, but who else could be considered?

Dienhart and I debate that very question here!

Did we miss one? Tweet me your answers, @BTNSean.

My biggest Big Ten NBA draft steal? It has to be Michael Redd. The Buckeye lasted until the 43rd pick in the 2000 NBA draft when the Bucks tabbed him. Lucky Bucks. Redd ended up averaging 19 points in a 12-year career as all-time great for the franchise. Not bad for a second-round selection. The 6-6 Redd was an all-star in 2004, the same year he also was tabbed third-team All-NBA. That year, he averaged 21.7 points. But he may have been even better in 2006-07, when he averaged a career-high 26.7 points. That season, he scored a career- and Bucks franchise record 57 points in a game. Want more? The 1999-2000 first-team All-Big Ten pick helped the USA win gold in the 2008 Olympics. This guy should have been a lottery pick.

There are several good options here. Redd is a nice pick, and I think Michael Finley, who was a star at Wisconsin, going No. 21 overall in the 1995 NBA Draft was a huge steal. But Green gets my vote, and that's saying something since he's only been in the league for four years now. He averages 14 points and 9.5 rebounds per game, in addition to being one of the best defenders in the NBA. But it's even more than that for me. He has revolutionized the way NBA teams are able to play because of his versatility and ability to play and guard multiple positions. How many times did you hear the term "point forward" before Draymond Green came into the NBA? My guess is not many. Most importantly, he is a flat-out winner. In four NBA seasons, Green's Warriors teams are 244-90, good for a .731 winning percentage. In the four years before that, Golden State was 114-198 (.365). Call me bold, but I think you can make an argument for Green being the most valuable player to his team in the NBA today!