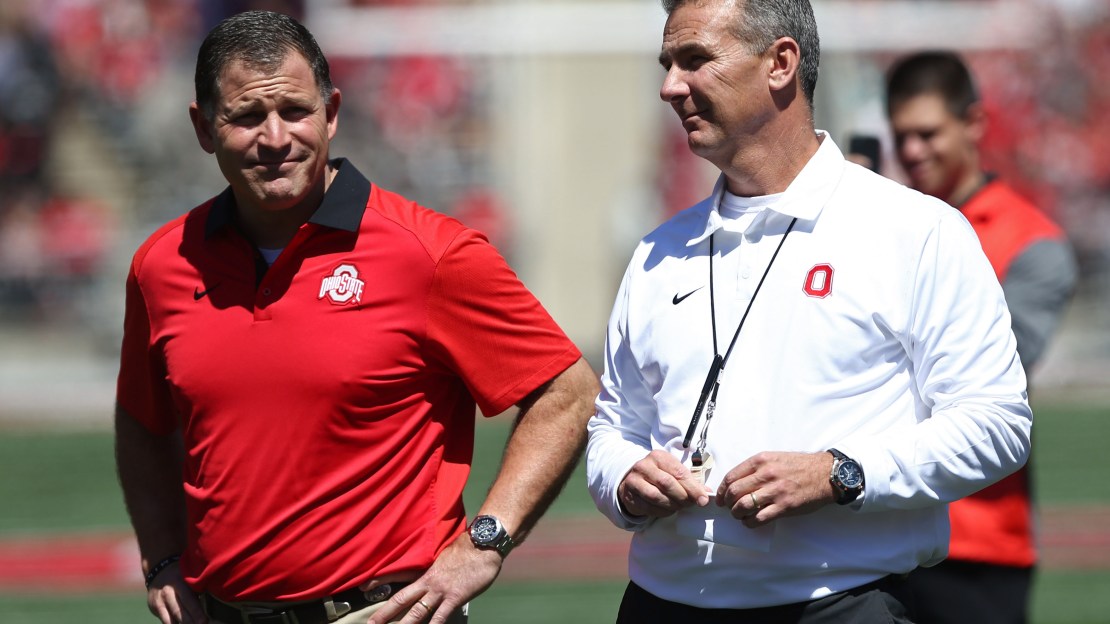 When Chris Ash arrived to help run the Ohio State defense as co-coordinator in 2014, he had an immediate impact-especially on the pass defense.

[ MORE: A look at the West's four biggest assistant hires ]

In 2015, the Ohio State defense continued its strides under Ash, ranking second in scoring defense nationally and ninth-best in total defense. The Buckeyes earned a berth in the Fiesta Bowl, finishing the season with a 12-1 record after defeating Notre Dame in the bowl game.

Now, Ash is gone, off to coach Rutgers. Urban Meyer?s counter move was to hire Greg Schiano, one of the boldest assistant coaching hires in the nation in the offseason.

Here is a look at the four biggest assistant hires in the East among schools that did not have a head coaching change.

3. Penn State offensive coordinator Joe Moorhead. There was a big shakeup in State College, Pennsylvania. In a move that wasn?t a shock, James Franklin fired offensive coordinator John Donovan. Franklin turned to Joe Moorhead, who was head coach at Fordham and has deep ties in the East. Fordham ranked 19th in the FCS in offense and ninth in scoring in 2015, reaching the playoffs for a third straight season before losing to Chattanooga in the first round. The Nittany Lions ranked 106th in the FBS in total and rushing offense and 126th on third downs. In a move that was a shock, defensive coordinator Bob Shoop left for the same gig at Tennessee. He is one of the best in the nation. Franklin responded by quickly promoting co-DC/linebackers coach Brent Pry to take over the defense. Franklin also tabbed former Minnesota OC and o-line coach Matt Limegrover to run the line after Herb Hand left for Auburn.

4. Indiana DC Tom Allen. The offense loses some key players but should be OK with Kevin Wilson?s steady hand guiding things. The defense? It remains an albatross around the neck of the program, ranking last overall (509.5 ypg) and last in scoring (37.6 ppg) in 2015. That is why Wilson changed coordinators. Brian Knorr is out after two seasons; Allen is in, the third coordinator under Wilson, who originally had Doug Mallory running his defense. Allen was the DC at South Florida. He has been a hot name in coaching searches this offseason. Allen implemented a 4-2-5 defense at South Florida and is looking to bolster this often moribund unit. Another key hire: D-line coach Mark Hagen. A former All-Big Ten linebacker and assistant at Indiana, Hagen is back home again. And, he has a big job rehabbing a d-line that too often gets run over. To wit: The Hoosiers were No. 13 in the Big Ten vs. the run last season (195.7 ypg).