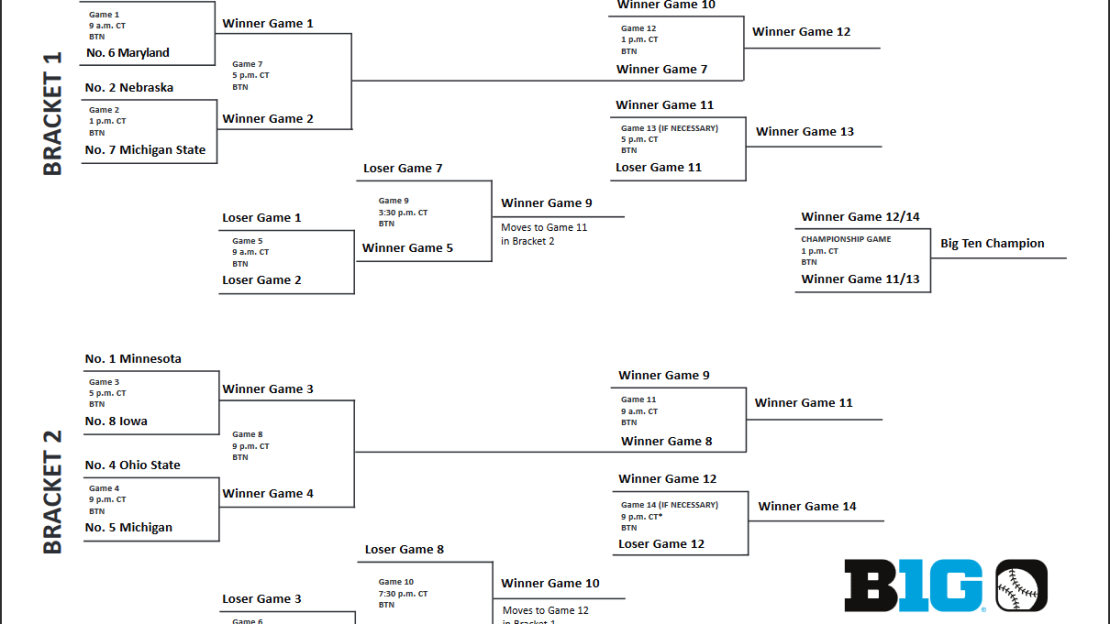 The Big Ten released the 2016 Big Ten Baseball Tournament bracket on Saturday, with Minnesota securing the top seed after finishing the Big Ten season with a 16-7 conference record.

The tournament will feature an eight-team field and will be held May 25-29 at TD Ameritrade Park in Omaha, Neb.

The tournament begins with four contests on Wednesday and Thursday and two games slated for Friday. Saturday will feature the winners of each bracket facing the remaining one-loss team from the opposite bracket in the semifinals. As many as four games are scheduled for Saturday, with the opportunity for two if necessary games to be played to determine Sunday?s championship game participants. 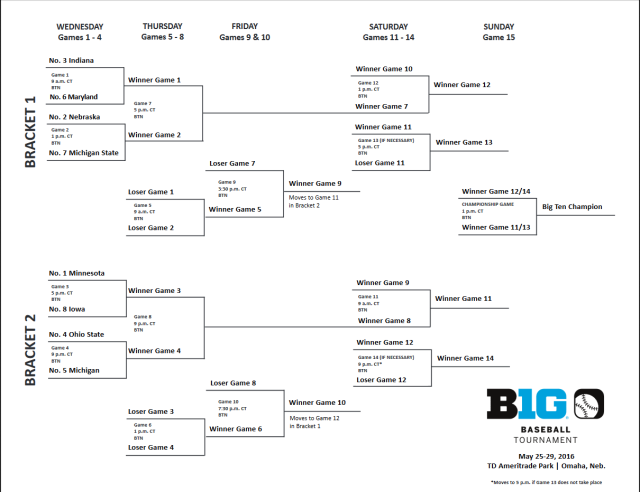