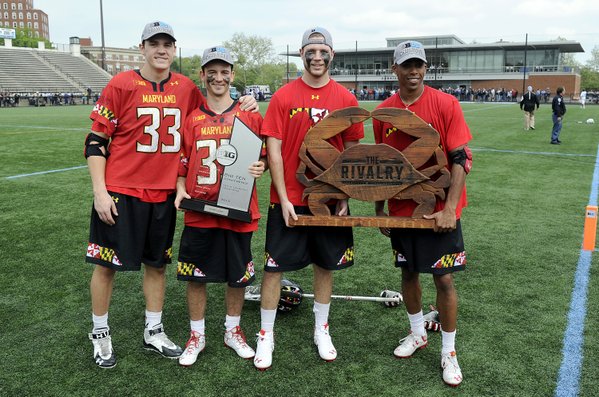 Terps are back in the Final Four for the 3rd straight season!!#BeTheBest

The Terrapins, who improved to 16-2 on the season with the win, will take on either Brown or Navy in next Saturday?s national semifinals at Lincoln Financial Field in Philadelphia.

Maryland led 7-3 at the half and tallied six second-half goals to claim the 13-7 victory. Matt Rambo scored four goals and tallied two assists to lead the way for the Terrapins, while goalkeeper Kyle Bernlohr made 15 saves in the cage.

The Terrapins, who advanced to the national championship game last season, secured their fifth Final Four berth in the past six years. They have now won a program-record 15 straight games.