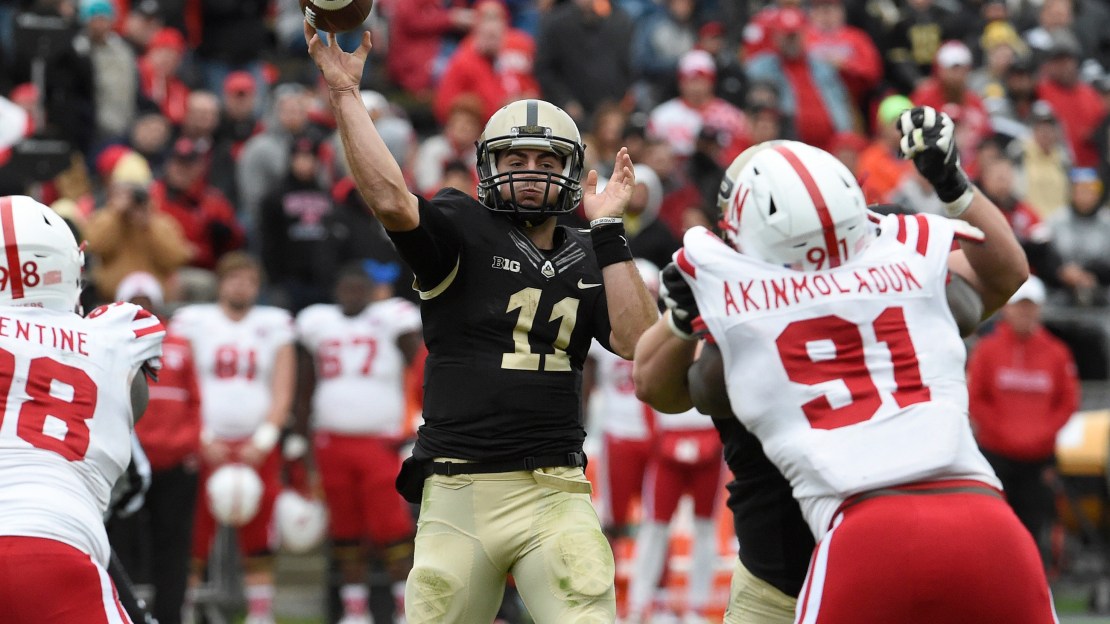 Purdue is looking for a breakthrough in its fourth season under Darrell Hazell. Could it come this fall? Hazell has retooled his staff. And he has plenty of veterans on the roster, as the Boilermakers search for their first bowl since 2012. The schedule offers a bit of relief, but plenty of challenges loom. Here is a look at Purdue?s 2016 schedule.

Toughest non-conference game: The visit from Cincinnati on Sept. 10 will be tough. UC was the first opponent for Darrell Hazell at Purdue back in 2013 ? and the Bearcats throttled the Boilermakers, 42-7, in Cincinnati. The Bearcats are well coached under Tommy Tuberville, who has taken the Bearcats to bowls in each of his three seasons in the Queen City.

Who they don?t play: Purdue gets a big break by missing Michigan, Michigan State and Ohio State. And, the Boilers need every break they can get. Rutgers also is missing.

Easiest game: When you?ve won just six games in three years, are there any easy ones? OK, let?s go with the season-opener vs. Eastern Kentucky. But the Colonels won?t be a pushover, as they typically are one of the better FCS programs in the nation. Expect a close game.

Toughest stretch: There is a three-game stretch in October that looks rugged, beginning with an Oct. 15 visit from Iowa. That is followed by a trip to Nebraska and a visit from Penn State. The Boilers are 2-8 in their last 10 vs. the Hawkeyes, who last lost in West lafayette in 2007. The Cornhuskers will be thinking revenge when Purdue arrives in Lincoln, as Nebraska suffered one of its most humiliating losses ever last year in falling 55-45 in West Lafayette. Since joining the Big Ten in 1993, Penn State is 13-2 vs. Purdue, winning seven in a row.

Best chance to be upset: Honestly, Purdue could lose to anyone on its schedule ? and it really wouldn?t be a shock. Even a loss to Eastern Kentucky in the opener would not be a stunner.

Best chance to pull an upset: The Boilermakers may have a shot to beat visiting Northwestern on Nov. 12. Purdue?s chances will be good if the Wildcats are still sputtering on offense. Still, NU is coming off a 10-win season and has won four of the last five meetings and two in a row at Purdue.

Must win: If Purdue wants to move up the pecking order in the Big Ten West, it needs to start beating Illinois and Indiana. Alas, both of those games are on the road this season. The one the Boilers need the most is the October 8 game in Champaign. The Illini are retooling under Lovie Smith and are more vulnerable than the Hoosiers, who are coming off a bowl and have won three in a row in the Old Oaken Bucket series for the first time since a four-game winning streak from 1944-47. Purdue got embarrassed last year in falling 48-14 at home to the Illini, which ran for 382 yards and gained 595 overall. Illinois has won two of the last three meetings but has lost the last two at home to Purdue.

Bye week: This comes too early as the Boilermakers are off on Sept. 17 after playing just two games. The off week falls between key non-league home games vs. Cincinnati and Nevada. Each foe is beatable but both are dangerous. If Purdue somehow can win them both and start 3-0 after opening with a win vs. EKU, it would do wonders for the program?s psyche.

Read my previous posts on other team 2016 schedules below: