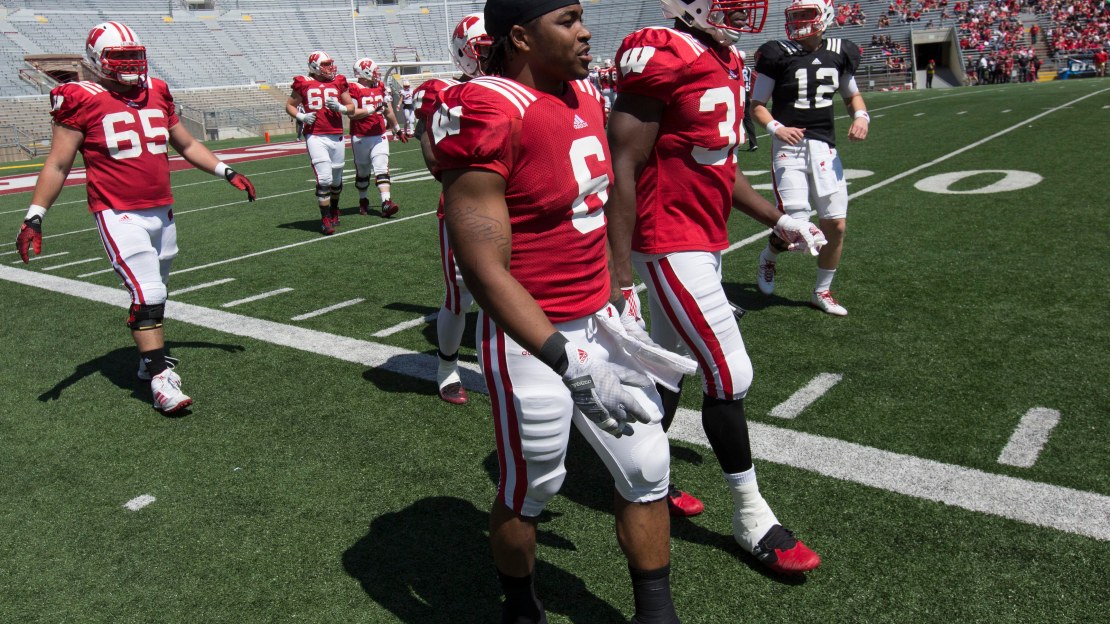 Paul Chryst returned home to Wisconsin last season. And, it went smashingly well. But there is work to do as Chryst begins his second season coming off a 10-3 debut and second-place finish in the West.

Key personnel is gone. And the coaching staff has been impacted with defensive coordinator Dave Aranda leaving for the same post at LSU. Chryst tabbed Justin Wilcox from USC to take over. How will that impact the defense, which was excellent under Aranda? The front seven looks good, but issues loom in the secondary. On offense, having a healthy Corey Clement at running back will help, as injury ruined his 2015. And the  line has better talent, depth and experience after struggles last year. But who will be the quarterback? And who will be the go-to wideout with Alex Erickson gone?

1. Develop the QBs. Who is it gonna take snaps with Joel Stave gone? Bart Houston is a fifth-year senior, Alex Hornibrook redshirted as a true freshman last year and Kare? Lyles is a true freshman who enrolled early. Basically, it?s a two-man battle. Houston has more experience and played a lot vs. Illinois last year, while Hornibrook is a talented lefty who committed to Paul Chryst when he was at Pitt and followed him to Madison. This looks like Houston?s job to lose, but keep an eye on Hornibrook.

2. Solidify the secondary. This area took the biggest hit on what was one of the nation?s top defenses last year. The staff must replace three starters with corner Darius Hillary, free safety Tanner McEvoy and strong safety Michael Caputo gone. In the mix for the two safety spots are D?Cota Dixon, Arrington Farrar, Leo Musso and Joe Ferguson. At corner, Natrell Jamerson, Derrick Tindal and Titus Booker are options. The good news: This group will be helped by a strong front seven.

3. Develop chemistry on the o-line. Last year?s depth and experience problems have now given way to a slew of players who have experience and are competing for spots. Just two of the five starters in the opener against Alabama were able to finish the season. And the only player to start at his same position for all 13 games was left tackle Tyler Marz, who is gone. Dan Voltz is back from injury and is a force on the interior. Michael Deiter is back as the lone vet who started each game in 2015. Ryan Ramczyk, Jacob Maxwell, Beau Benzschawel, Micah Kapoi, Jon Dietzen and Walker Williams are others who factor in. This group will be up to normal Wisconsin o-line standards. And that is good news for RB Corey Clement.

4. Find a go-to wideout. Alex Erickson is gone, leaving a big void. He was a big-play maker who could stretch the field and make key catches. With Erickson gone, the Badgers are looking for a new No. 1 and depth behind him. Maybe speedy junior George Rushing can be the top option. In addition to making catches, Rushing is a threat as a ball carrier. Robert Wheelwright and Reggie Love are the leading returning receivers, with 32 and 20 receptions, respectively. Keep an eye on Peter Roy, too.

5. Keep adapting to new DC Justin Wilcox. He has massive shoes to fill with Dave Aranda off to run the defense at LSU. The former USC assistant hasn?t made any radical alterations. And, that?s probably a good thing, considering this has been one of the nation?s top defenses in recent years. Wilcox prefers multiple fronts and schemes depending on the strength of his personnel and the tendencies and strengths of the foes. The front seven is loaded with veteran talent, but the secondary has work to do with Darius Hillary, Tanner McEvoy and Michael Caputo gone. Still, don?t expect much drop-off-if any-from this defense in 2016.