Dienhart: Like it or not, there should be no stopping transfers 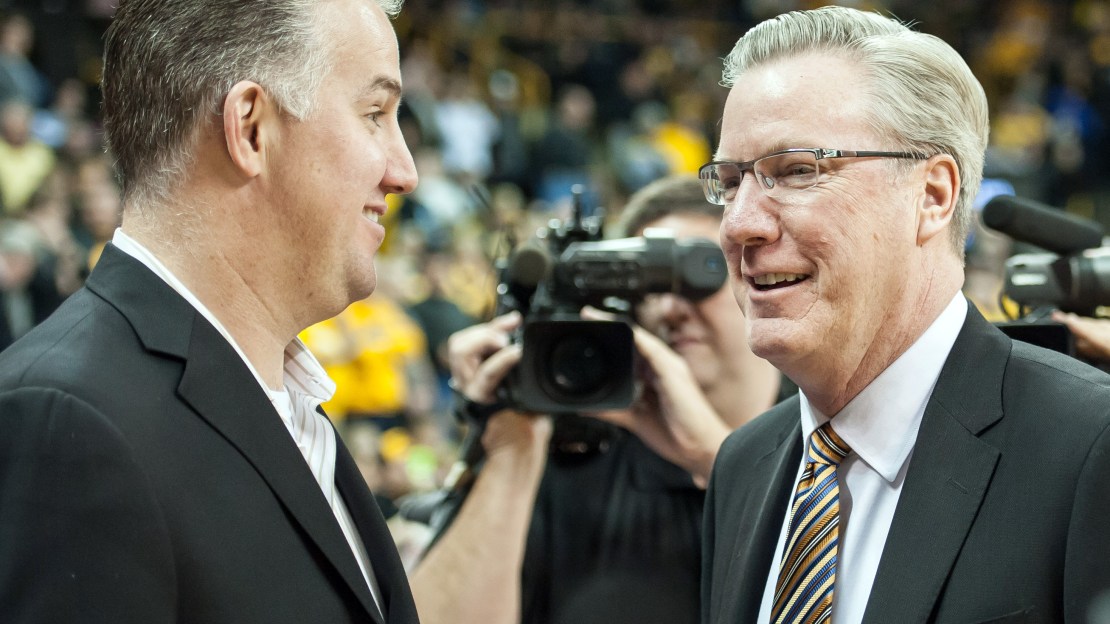 A big topic of conversation at a gathering of Big Ten basketball coaches at league headquarters this week centered on the alarming number of transfers - graduate and undergraduate. It seems the numbers grow each year, with players coming and going in large numbers from programs.

The graduate transfer rule began with good intent. Players would finish their course work at a school, graduate, then transfer to another school to play their final season while working on a master?s degree not offered at the school they left. But, how often do players really complete their course work? Purdue coach Matt Painter isn?t so sure, calling the rule ?flawed.? And, he?s correct.

?They?re making their moves, a majority of them, for basketball reasons. What the rule is intended for, it?s not happening most of the time,? Painter told reporters.

Painter went on to say: ?Low- and mid-major players, they don?t typically grow up wanting to play at those schools. Here within this rule they can get their degree and now be able to go to this high-major program that they?ve always wanted to play for. Now, all of the people in our sport around these kids know that, so now they?re educating them on, ?Hey, get your degree and then take off.? It?s killing the low-major and mid-major guys.?

Iowa coach Fran McCaffery has an idea: Give a grad transfer two years of financial aid in order to get a master?s degree, but he could only play basketball in the second year.

?It was an academic rule at the beginning. It?s become an athletic rule,? McCaffery told reporters. ?I think (it) is a win-win. Will that be well received? I don?t know.

?I don?t think anyone anticipated there would be this many.?

A good idea that makes sense, as most master?s degrees take two years to complete. But make a grad transfer sit a year ? and then play? Hard to see that happening.

As for the raft of undergrad transfers ? how do you stop it? You can?t, no matter how much it rankles coaches. People can do what they want to do. And college is a great time to learn to grow up and make big decisions. Do some players need to be more patient and not make hasty decisions? Sure. But, again, it?s their life and it?s their choice to make.

"We've got to make sure that this is in (the players') best interest," Michigan State coach Tom Izzo said. "If their best interest is to (always) be free to transfer, then that's what it is. But I'm not sure that's how the real world works, and that's what we've talked about. I don't think it's teaching our kids what you have to do later on in life. I think you'd like to leave your job sometimes, but if there's not another job there, you're not leaving. There are other options for these kids right now because everybody's leaving. But that doesn't mean it's what's best for them and when they do that and they're done at 22 and they're out at Disney Land, where do you go?

"Where do you go in the real world?"

Izzo has some good points. But know this: Everyone in life-yes, even college basketball coaches–is always looking for a better situation. Why should college basketball players be any different? Maybe coaches need to do a better job of selling kids on remaining in their program. But, again, if a player wants to transfer, he will. And, there's nothing wrong with that … and there should be no stopping it.