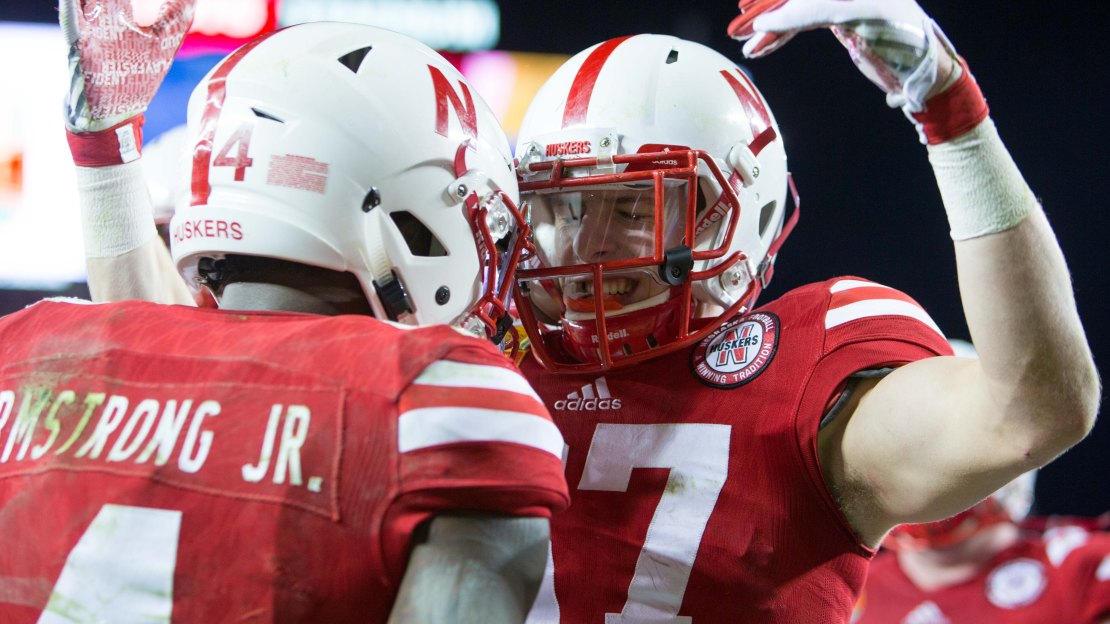 The honeymoon is over for Mike Riley. He knows that. Last year?s 6-7 debut was difficult to stomach, as the Huskers seemed to find a new way to lose each week. But on an up note, Nebraska finished with some momentum, going 3-1 in its last four games with a bowl win vs. UCLA in an otherwise vexing season.

A challenging schedule awaits the Huskers as they look to move up the pecking order in the Big Ten West in search of the program?s first league title since 1999.

Here is a breakdown of Nebraska?s 2016 schedule.

Toughest non-conference game: vs. Oregon, Sept. 17. This will be daunting. The Ducks have become what the Cornhuskers used to be: A consistent national title contender. Oregon is in a bit of transition with a new QB. And the Ducks also have a new defensive coordinator: Brady Hoke, the ex-Michigan coach. These programs haven?t met since a two-game series in 1985-86, when both games were played in Lincoln and won the Nebraska, 63-0 and 48-14, respectively.

Toughest conference game: at Ohio State, Nov. 5. Once again, this will be daunting. Making it all the more daunting: The week before, Nebraska plays at Wisconsin. The Cornhuskers haven?t played the Buckeyes since 2012, with OSU taking a 63-38 win in Columbus. NU won the other meeting vs. Ohio State as a Big Ten school, taking a 34-27 decision in 2011 in Lincoln.

Easiest game: vs. Wyoming, Sept. 10. The visit from the Cowboys, led by former Husker player and assistant Craig Bohl, in the second game of the season should be a breeze. Bohl has gone just 6-18 in two seasons in Laramie. The program hasn?t been to a bowl since 2011.

Who they don?t play: The Cornhuskers get a break by missing Michigan and Michigan State. They also don?t play Rutgers or Penn State.

Toughest stretch: The back-to-back games at Wisconsin on Oct. 29 and at Ohio State on Nov. 5 will be brutal. And that?s followed by a visit from always pesky Minnesota. The Cornhuskers have lost the last three vs. the Badgers, including three in a row in Madison. NU is 1-4 vs. UW as a Big Ten member. Nebraska won in Minnesota last year. But before that, the Golden Gophers won two in a row vs. the Huskers.

Best chance to be upset: vs. Minnesota, Nov. 12. The Cornhuskers will be coming off back-to-back trips at Wisconsin and at Ohio State, so they may be beat up. Plus, the Gophers are 2-1 in their last three vs. Nebraska, winning in Lincoln when they last visited in 2014. And having a senior QB in Mitch Leidner should help Minnesota, too.

Best chance to pull an upset: at Iowa, Nov. 25. This has been a bizarre series since the Cornhuskers joined the Big Ten, as Iowa has lost both meetings in Kinnick, but the Hawkeyes are 2-1 in Lincoln. Go figure.

Must win: at Northwestern, Sept. 24. It?s difficult to call a road game vs. a team coming off a 10-victory season a ?must win.? But that?s what the Huskers will face when they open Big Ten play in Evanston. Compounding matters, Nebraska plays host to Oregon the week before. The NU vs. NU series has been one of the Big Ten?s more underrated matchups recently. Since joining the Big Ten, the Cornhuskers are 3-2 vs. the Wildcats, losing last year in Lincoln. The games have been fun, with Northwestern stunning Nebraska in Lincoln in 2011 with a backup QB. The Huskers won by a point the next year and then needed a Hail Mary to win in 2013.

Bye week: It comes on Oct. 8, after the Huskers have played five games. And it falls between a visit from Illinois and a trip to Indiana.