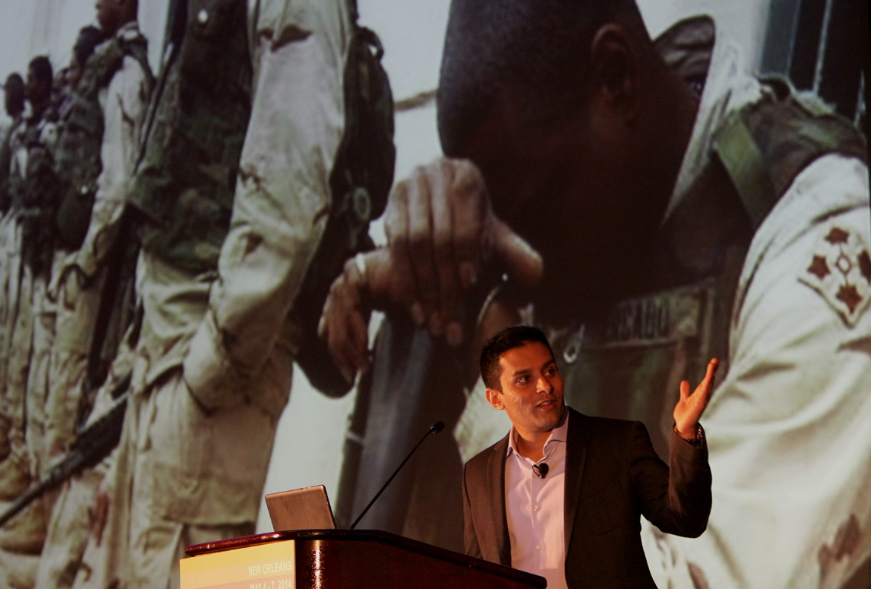 Dr. Sudip Bose gained some incredible and excruciating memories while serving one of the longest combat tours by a physician since World War II. But for him, one moment from Iraq will always stand out.

"It was a religious holiday and there were thousands and thousands of people marching on the roads," Bose said, "and in that crowd of the committed religious celebrators, there were about 12 men who were strapped to bombs.

"The bombs detonated - these were suicide bombers - and there were hundreds of bodies lying on the ground. I was about 800 meters away. I went to the scene, and it was a quick wake-up call. All of a sudden, I was the only physician there."

Situations like this one - and treating Saddam Hussein after his capture - helped Bose rise to the rank of Major in the U.S. Army and earned him a Bronze Star. A graduate of Northwestern University and NU's Feinberg School of Medicine, he's now primarily an emergency physician, but his other titles include motivational speaker, medical media correspondent, professor and entrepreneur.

As a speaker, Bose aims to educate and motivate people by drawing on lessons he learned during those heart-stopping moments in battle and tying those situations to organization leadership. One of his most important points comes from attending to those injured from that bombing.

"The lesson I learned there was the importance of multiplying yourself," Bose said. "I remember the medics helping those patients, and at that moment, I was very thankful that I trained the medics. If I hadn't trained the medics, I couldn't have handled it alone as the sole physician.

"This kind of carries with me now in the civilian sector by starting a company that certifies and helps emergency physicians train," he added. "Now they can go out and treat other patients, so that's multiplying. By being the medical director of the city [Odessa, Texas], I'm responsible for medically supervising all the paramedics and pre-hospital providers in the city. That's kind of a multiplier effect, so they can go out and help others." 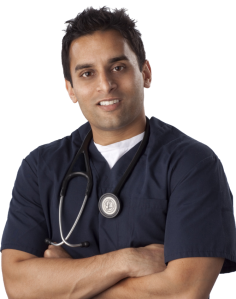 Whether he's speaking, attending to a patient or appearing as a guest on "The Dr. Oz Show," Bose is always looking for ways to "multiply himself" and help others. He also started multiple medical training and education companies, including the liveClinic portal and AceYourBoards, to improve access to medical care in the U.S.

Of all his ventures, Bose is perhaps most proud of The Battle Continues. This nonprofit helps injured veterans recover by covering their medical bills, connecting them to physicians, or providing other healthcare and wellness assistance.

"When I came back from Iraq, I was using my emergency room and my businesses to put food on my table," he said. "With what I was making speaking, I was donating it to nonprofits to help injured veterans. But I realized this is probably going to pay for calendars and mugs and other things, rather than making it to the source. So I ended up starting my own non-profit."

With The Battle Continues, 100 percent of the donated funds make it to the injured veterans. Bose covers all of the organization's overhead costs with the money that he earns as a keynote speaker. His service in the military helped Bose realize he could be a real spark for change.

"The military makes you realize what you're capable of," he said. "It ? puts you in those impossible situations and has you navigate your way out. It gives you the courage after pushing you to the limit. It makes you realize that courage isn't the absence of fear, but that you can keep going and make a difference."

Bose's upbringing and his parents' move to America also instilled in him a dedication for giving back to his community and his country.

"My parents came to this country from India in the 1960s, and they came with $8 in their pocket and started a life here. My mom landed in a sari and sandals basically from the blistering heat of Calcutta, India, and went into the North Dakota winter," he said. "They quickly learned how welcoming people were here and how nice and giving people were to them as they came to this country and that America was the land of opportunity. There's this importance to serve and give back, so that was always in the back of mind."

While that desire to pay it forward was part of Bose's motivation for enlisting, he also wanted to see the world and experience things that were out of the ordinary.

[btn-post-package]"The military brought out that adventurous side in me where I get to travel places and serve in a different sort of manner," he explained. "And on top of that, I kind of knew I wanted to go into emergency medicine, and the field of emergency medicine is borne out of the military."

During the approximately two decades he's spent in that field, Bose has seen it all. Looking back, he knows all of his accomplishments would not have been possible without the education he received in Evanston.

"What stands out the most [about Northwestern] was the training I received," Bose said. "When you're in intense moments in combat or trying to save someone, you go back to your moments of training. That's the foundation."