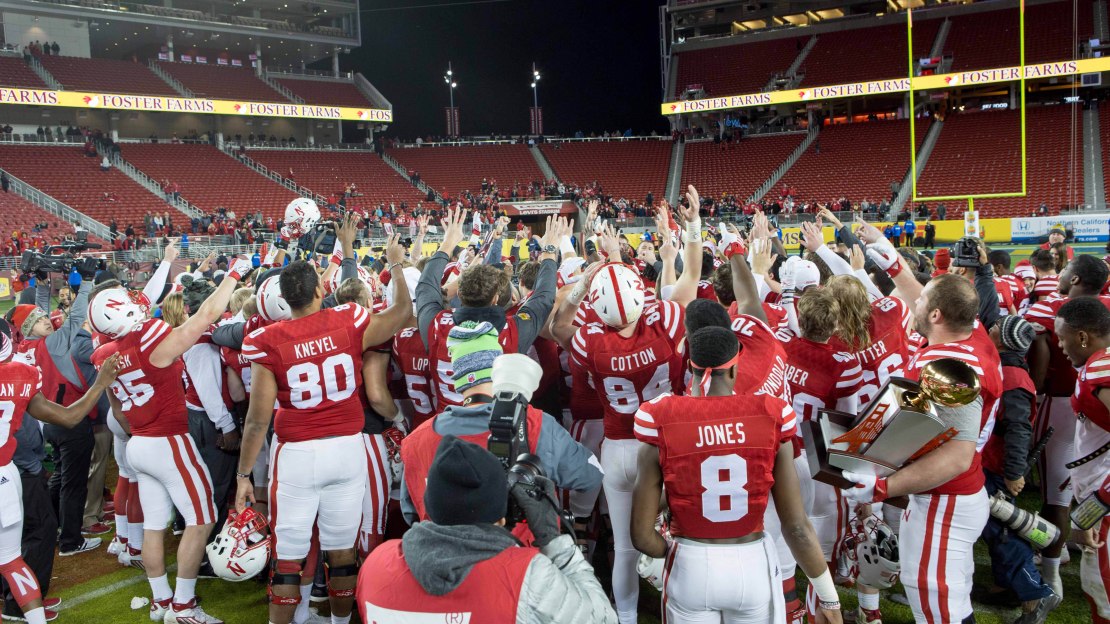 Mike Riley?s debut didn?t go smoothly, but hope floats as the program looks to continue evolving in Riley?s second year in Lincoln, Nebraska. In 2015, it seemed each week, the Cornhuskers found a vexing way to lose a game. But the squad finished strong with a bowl win vs. UCLA in an otherwise trying 6-7 season that was punctuated by myriad tough losses.

The Huskers welcome back lots of talent on both sides of the ball, giving the staff a nice nucleus to work with. But some areas need to develop.

1. Build off promising 2015 finish. Mike Riley?s debut started 3-6 with some brutal losses. The low point? A 55-45 loss at Purdue. But the Huskers rallied to finish 3-1 down the stretch with a 37-29 win vs. UCLA in the Foster Farms Bowl in which the Huskers ran for 326 yards. Nebraska needs to build on that strong finish in what shapes up as a key season for Riley, who enjoyed a very short honeymoon.

2. Get the offensive line in shape. The Huskers lost four starters in guard/tackle Zach Sterup, guard Chongo Kondolo, center Ryne Reeves and tackle Alex Lewis. Line coach Mike Cavanaugh will have to build around guard Dylan Utter and tackle Nick Gates. It looks like there is more depth at the interior spots than at tackle. Gates looks like the anchor up front at left tackle and a future star. After that, things are lucid. Utter is a wild card who could move to center after starting at left guard last year. If Utter takes over at center, Tanner Farmer could step in at right guard for Utter. The left guard figures to be Jerald Foster. Others to watch are Jalin Barnett and Corey Whitaker. The right tackle spot has some holding their breath. Mammoth David Knevel could be the front-runner but lacks experience.

3. Figure out the backfield. Not having a true No. 1 back really held back Nebraska last year. The only key cog gone is Imani Cross. Faces to watch include incumbent Terrell Newby, who lacks sizzle and leaves fans wanting for more. Keep an eye on Devine Ozigbo, a 225-pound force. Another back that could emerge is 5-9 Mikale Wilbon, who has a lot of potential. Some feel this team needs to commit more to the run. That could mean a big opportunity for this group. But is there a stud in the bunch? Ozigbo could be that guy.

4. Find contributors on the the d-line. Replacing departed tackles Maliek Collins and Vincent Valentine is a big worry. And, the program saw Greg McMullen bolt in the spring. Not good. He had started 26 consecutive games and was being counted on to be a leader for the Husker front. Kevin Maurice needs to step up. With the inside under construction, the end spot also has something to prove. Who will be the pass rusher? End Freedom Akinmoladun? DaiShon Neal looked good in the spring game. And keep an eye on Alex Davis. Bottom line: The Husker front is on the spot.

5. Pump air in the pass game. It?s no secret that Tommy Armstrong needs to improve. To wit: The senior needs to make better decisions and show more poise in the pocket. At this point, Armstrong may be who he is-just a solid quarterback. But the senior?s cause should be helped by what looks like a strong collection of receivers that includes Alonzo Moore, Stanley Morgan, De?Mornay Pierson-El, Brandon Reilly and Jordan Westerkamp. There won?t be many receiving corps better in the Big Ten.