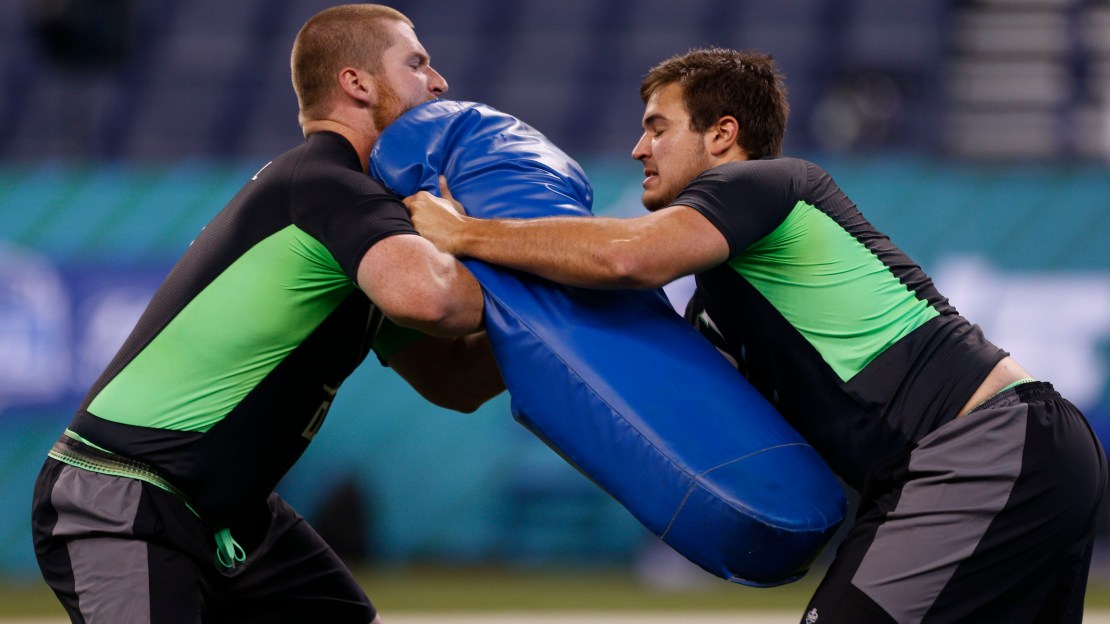 Look at this: Tony Mandarich has complimented and advised Jack Conklin. I guess this is a good thing.

I found this very difficult to believe: Conklin became the first MSU offensive lineman selected in the first round since Mandarich was the No. 2 overall pick in 1989.

"He's a great player," said Mandarich. "Just look at what he did at MSU. He's a top-tier, top 10 player in the country, and that says a lot.

"The only reason I paid attention to the draft this year was because of Conklin."

Great read from Omaha.com?s Tom Shatel, who received some interesting insights from Creighton A.D. Bruce Rasmussen: Could the future of college sports hold one structure for football and another for the other sports?

?Let?s have four 16-team regions for football,? Rasmussen told Shatel. ?You?ve got a Southeast region, Midwest, South and West. You have two eight-team divisions in each region. Have the networks bid on that 64-team setup, or the individual regions. The four regions have a playoff. It can be an eight-team playoff. All of the 64 teams share the money.?

What about basketball and the other sports?

?Now go back and have conference realignment, the way it was, before football money changed everything. Base the conferences on region, where your alums are, like missions, etc., for every sport.?

?You?ve got the rest of the sports back to some common sense,? Rasmussen said. ?You can travel by bus, by van, by train. You don?t have to fly. Fans can follow. You don?t miss as much class. Like the old Big Eight, you have some geographics, the way it used to be.?

It all makes too much sense to me, which means it never will happen.

Some high praise for Melo Trimble and A.J. Hammons in this mock draft from bleacherreport.com. Hammons with the Warriors? Interesting.

So, Penn State brass will allow alcohol in suites ? but not in the stands, notes David Jones of Pennlive.com.

In announcing the new policy, PSU AD Sandy Barbour stated that, with events planned to use the stadium for more than just football, new clientele must be welcomed: "Those engaged in private and premium seating experiences expect hospitality to include alcoholic beverage service, similar to those in comparable facilities in other markets."

The continued encroachment of alcohol in Big Ten venues is disturbing. What message does this send?

Pat Fitzgerald is a south sider and Sox fan, but he isn?t a Cubs? hater. Fitz recently threw out the first pitch at a Cubs game. Fitz gets it.

Michigan and UCLA have played 16 times in men's basketball since 1959, with the Bruins holding an 11-5 lead all-time. The last meeting between the two teams came at the 2011 Maui Invitational, when Zack Novak and Tim Hardaway Jr. combined for 42 points to lead the Wolverines to a 79-63 win in the event's third-place game.

Chris Ash will host Urban Meyer at Rutgers camp in New Jersey. Why not? I mean, he?s Urban Meyer.

Ari Wassermann of Cleveland.com notes that the camp is happening on the same day that Michigan is having a satellite camp at Paramus (N.J.) Catholic, so it makes sense that Rutgers would fire back by having a big camp of their own less than 10 miles away. Michigan has been very successful in taking New Jersey talent, and Ash's biggest initiative at Rutgers is to keep top talent home.

The dream scenario for Ash is that prospects like five-star Paramus Catholic recruits-turned-Wolverines like Rashan Gary and Jabrill Peppers will go to Rutgers from now.

Mr. Satellite Camp is up to 26 such events in 15 states in June. I wonder what Hugh Freeze thinks of this.

Nice Q&A with former Minnesota QB coach Jim Zebrowski, one of the sport?s good guys. I am glad he was able to stay in state.

NJ.com has the 50 greatest athletes in Rutgers history-in slide show format. So, be prepared to spend a long time with this. But, it?s worth it.