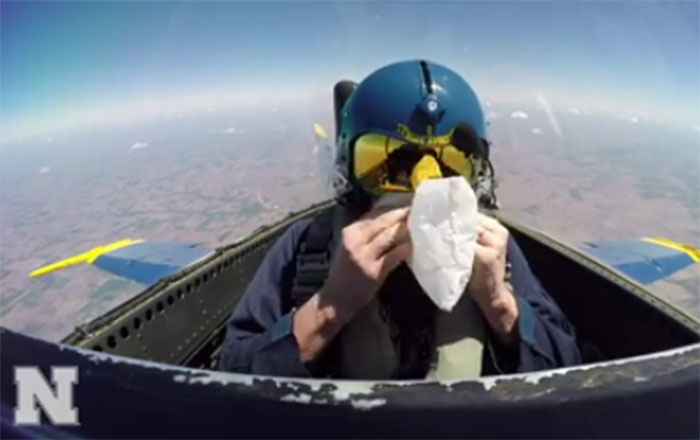 If a Big Ten men's basketball coach was to fly with the Blue Angels, Nebraska's Tim Miles would be at the top of the list.

Miles did just that Tuesday afternoon, taking a quick ride in the Nebraska sky.

If you're wondering, yes, Miles had to reach for the barf bag. But don't worry, as Miles says in the video, it was just a "dry heave."

The footage of Miles' time in the sky is must-see stuff, and it can be watched in the video above.