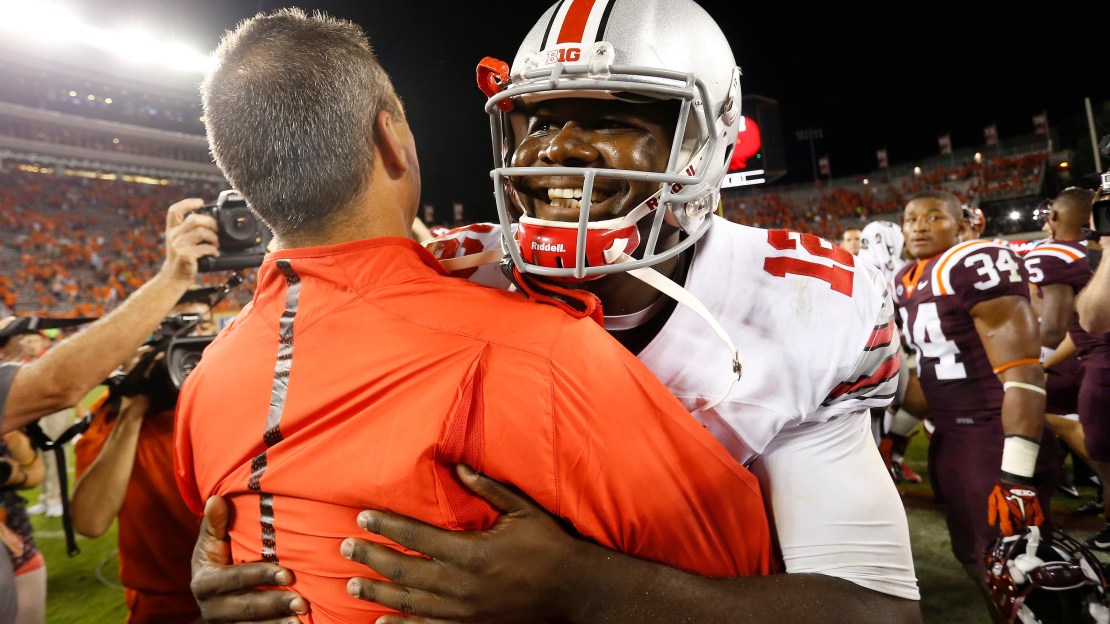 Cardale Jones enjoyed one of the most up-and-down college football careers during his time at Ohio State.

Today, the former Buckeye quarterback sent out a tweet, thanking his former school.

The tweet includes four photos, the most noticeable one being a picture of Jones hoisting the national championship trophy.

Following his junior season, which saw Jones go from starter to backup, he entered his name in this year's NFL Draft.

Jones was selected in the fourth round in this past weekend's NFL Draft by the Buffalo Bills. After his name was announced, a video of Jones' incredible reaction was posted on Twitter.

@BTNBrentYarina @CJ12_ @buffalobills @11W Brent, here is a gif of the shirt ripping part of the celebration. pic.twitter.com/0N8S2MR868

There were plenty of ups and downs in Jones' collegiate career, but the Buckeyes would probably not have a national championship if it wasn't for his outstanding play in the ingural college football playoff.

How do you rate Jones' Ohio State career, Buckeye fans?