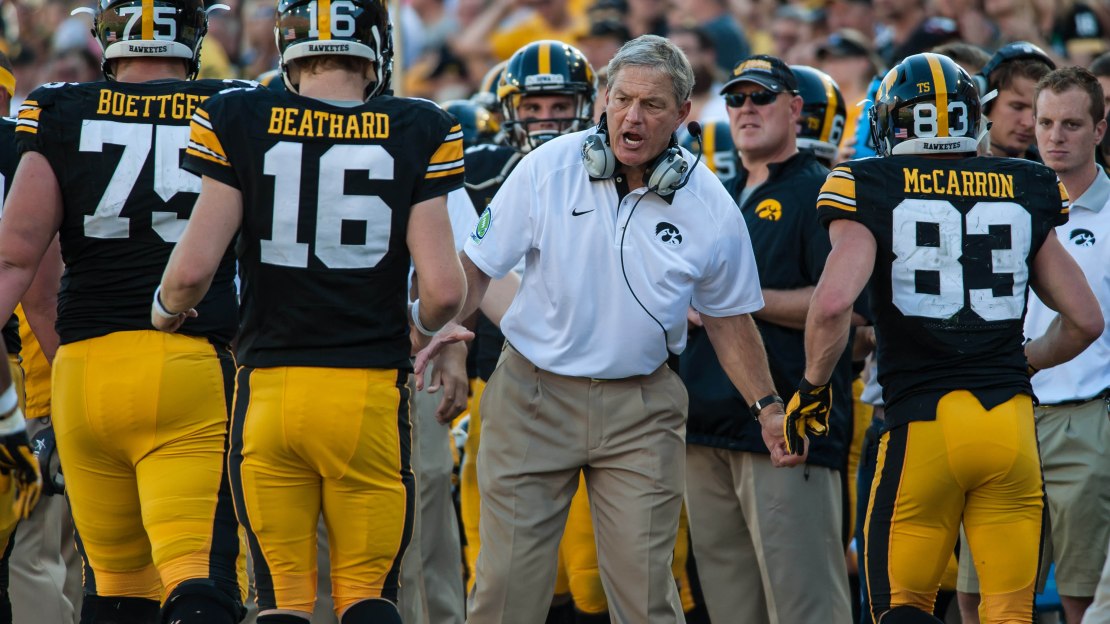 Iowa is coming off a season of glory in which it raced to a school-record 12-0 start before losing its final two games of the season in falling in the Big Ten title game and the Rose Bowl. Still, Kirk Ferentz has a lot to build on moving into his 18th year on the job.

Excitement teems from Iowa City. Iowa welcomes back a strong corps of players on both sides of the ball led by QB C.J. Beathard on offense and CB Desmond King on defense. But there are some concerns as the Hawkeyes prep for a repeat of their 2015 success.

Here is a look at Iowa?s to-do list for this offseason.

1. Develop receivers/tight ends. This long has been an area that needs to improve, but the staff has some good options. Matt VandeBerg is back after leading the team with 65 catches for 703 yards with four TDs in 2015, but more big-play ability is needed. Riley McCarron is a vet along with Jonathan Parker. Keep an eye on youngsters Adrian Falconer, Jerminic Smith and Jay Scheel, who was a spring star. They need to make moves with Tevaun Smith and Jacob Hillyer gone. The tight end spot always is a staple of this offense, and George Kittle looks like one of the Big Ten?s best. But Henry Krieger-Coble and Jake Duzey are gone, meaning the Hawkeyes will need to develop depth.

2. Stay hungry. Iowa is coming off a season for the ages, as it jetted out to a school-best 12-0 start in 2015 and won the Big Ten West before falling in the Big Ten title game (Michigan State) and Rose Bowl (Stanford). After all that success, are the players still dialed in and eager to achieve even more?

3. Kicking. The Hawkeyes must replace K Marshall Koehn and punter Dillon Kidd. Koehn hit 16-of-20 field-goal attempts last season and was 7-of-9 from 40-49 yards with a long of 57. Kidd averaged 40.2 yards on 59 punts with 22 downed inside the 20-yard line. Miguel Recinos looks like the guy at kicker. Freshman Colten Rastetter was the lone punter for the spring but graduate transfer Ron Coluzzi from Central Michigan is joining in the fall.

4. Find some pass rushers. Losing ends Drew Ott and Nate Meier hurts. Both were stalwarts. Who is gonna bring the heat off the edge? Keep an eye on Matt Nelson. The sophomore has flashed some playmaking ability off the edge at a big position of need. Who else will step up around him at end? Parker Hesse could be good. Stay tuned. And watch Sam Brincks and Anthony Nelson.

5. The offensive line needs to develop chemistry. This typically always is a strength in Iowa City. Line coach Brian Ferentz is about ?playing the five best guys.? Knowing that, look for Cole Croston at left tackle and Ike Boettger at right tackle. James Daniels looks to have a bright future after being the rare true freshman last year to play on the line for the Hawkeyes. LeShun?s little brother can play center or guard, but he missed the spring after knee surgery. Boone Myers and Sean Welsh are guards, but Welsh could be the center if Daniels stays at guard. Overall depth needs to be developed.