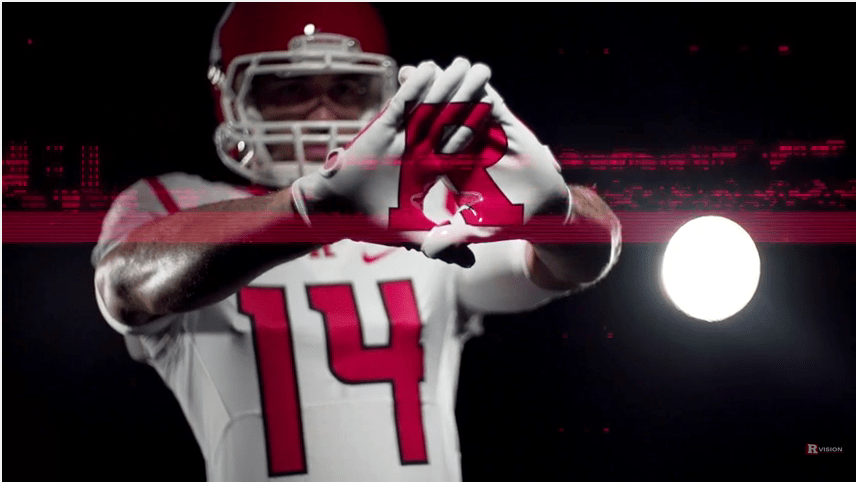 RUTGERS ATHLETICS — The Rutgers University Department of Athletics, in partnership with Nike, unveiled an updated brand and identity system at the annual R Awards at the RAC on Tuesday night. The refreshed secondary mark and added elements create consistency for an athletics program poised to complete its second successful season in the Big Ten, the nation?s premier athletic and academic Conference.

Student-athletes represented all 24 sports on stage during tonight?s R Awards by wearing the Block R and the new secondary mark, headlined by new football, women?s soccer and men?s and women?s basketball uniforms.

?Having strong brand identity is fundamental to our success,? said Director of Athletics Patrick Hobbs. ?We want our programs to have a consistent look that projects our bold aspirations on the playing field. We are thankful to our partners at Nike for working with us to accomplish this goal.?

Over the past 18 months, Rutgers and Nike collaborated on the brand evolution program that honors the transformative and hardworking nature of its teams and personnel. Rutgers and Nike worked with student-athletes, coaches, administrators and alumni to pay tribute to key attributes of the institution.

As part of the updated brand identity, all 24 Rutgers teams will showcase consistent colors, logos, lettering and numerals over the course of the next few seasons. The football uniforms offer a very traditional look, with visibly larger numbers, chainmail pattern and new helmets. Women?s basketball, Women?s Soccer and Men?s Basketball also support traditional looks, and add both the chainmail and secondary mark as well.

The Block R (spirit mark) is the emblem for strong, emotive support given by students, alumni and all those associated with Rutgers. The Block R suggests pride and affinity and will continue to serve as the primary logo for Rutgers University Athletics.

?The Block R is who we are, impactful and representative of the whole University, so that is untouched,? said Hobbs. ?Nike created a great secondary mark for us to enhance our story and brand identity.?