Photo: Taylor Decker meets pair of leopards named after him 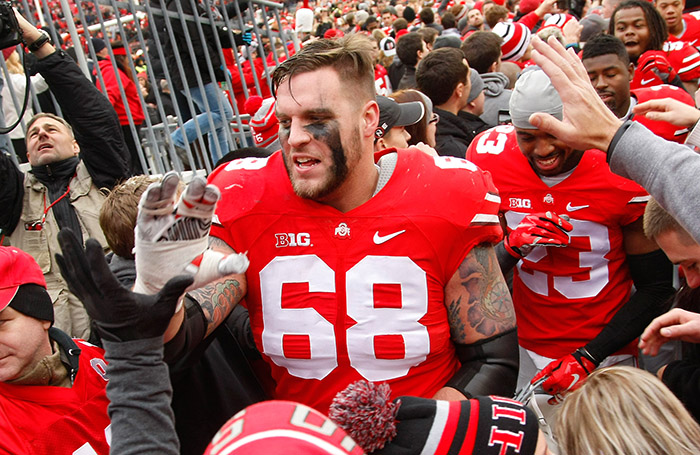 Stopped by the zoo today to say hello to 'Taylor' & 'Decker', the two clouded leopards that the @columbus_zoo named after me. Such a cool honor by some of my favorite people I've ever met.

Former Ohio State standout Taylor Decker had his dream come true when he was selected in the first round of this past week's NFL Draft.

But during his time in Columbus, Decker had much more on his plate outside of football. He wasn't a communications, marketing or business major. Instead, Decker majored in Animal Sciences at OSU.

He spent the past two summers interning at the Columbus Zoo, where he worked with several rare animals.

Today, Decker got to meet a pair of clouded leopards at the Columbus Zoo, which were named after him. The female leopard is named Taylor, while the boy is named Decker.

"Such a cool honor by some of my favorite people I've ever met," Decker wrote on his post.

Decker appeared on BTN Live earlier this year and talked about his major and best memory from his internship at the zoo.