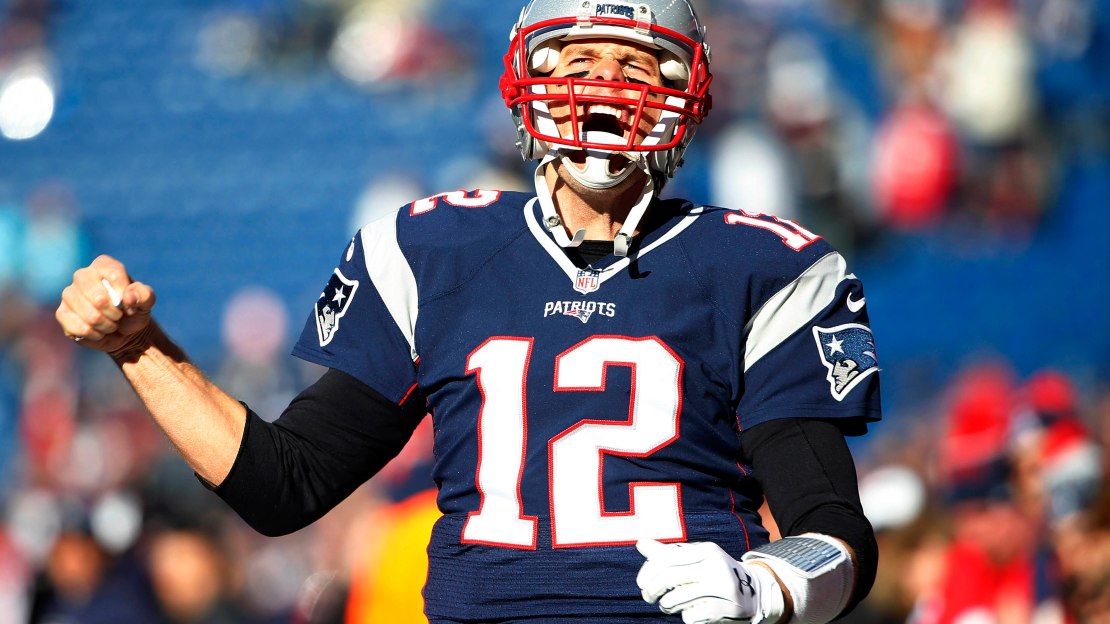 The NFL Draft is fast approaching as many former Big Ten stars wait in anticipating to hear their names called and walk across the stage to shake Roger Goodell's hand.

Recent NFL Mock Drafts have had as many as seven Big Ten players selected in the first round of this year's draft. But what about those guys who were late round draft picks and developed into stars in the NFL?

I went back and took a look at several former Big Ten players who were picked in the third round or later, and are currently enjoying plenty of success at the NFL level.

College: Michigan
Drafted: 2000 NFL Draft, sixth round, 199th overall by the New England Patriots
Current: Considered by many to be the best quarterback in NFL history, Brady is a four-time Super Bowl champion, three-time Super Bowl MVP and a two-time NFL MVP.

College: Wisconsin
Drafted: 2012 NFL Draft, third round, 75th overall by the Seattle Seahawks
Current: One of the best young quarterbacks in the NFL today, Wilson has already won a Super Bowl, is a three-time Pro Bowler, and was the NFL Rookie of the Year.

College: Penn State
Drafted: 2010 NFL Draft, third round, 91st overall by the San Francisco 49ers
Current: Bowman has been one of the most productive linebackers in the league over the past half decade. In five seasons, he has totaled 636 tackles, 11.5 sacks and six forced fumbles en route to to being named a three-time Pro Bowl and Butkus Award winner (2013).

College: Wisconsin
Drafted: 2006 NFL Draft, fourth round, 98th overall by the Houston Texans
Current: Daniels has put up outstanding numbers in his 10 year NFL career. He has topped the 40 catch, 500 yard mark in seven of his 10 seasons, in addition to hauling in 36 touchdowns. Daniels is a Super Bowl champion and a two-time Pro Bowl pick.

College: Iowa
Drafted: 2007 NFL Draft, third round, 86th overall by the Baltimore Ravens
Current: Considered one of the top offensive linemen in the NFL today, Yanda is a Super Bowl champion, a two-time Pro Bowler, and a two-time first-team All Pro member.

College: Michigan State
Drafted: 2012 NFL Draft, fourth round, 102nd overall by the Washington Redskins
Current: Enjoyed a record-setting season in 2015, breaking the franchise record for completions (379) and passing yards (4,166) in a single season.

College: Purdue
Drafted: 2008 NFL Draft, third round, 92nd overall by the Detroit Lions
Current: One top the best edge defenders in the NFL today, Avril has enjoyed a very solid NFL career thus far. He is a Super Bowl champion and has recorded 61.5 sacks in eight NFL seasons.

College: Minnesota
Drafted: 2010 NFL Draft, third round, 87th overall by the Denver Broncos
Current: Decker has had a very good NFL career, highlighted by three seasons where he has topped the 80 catch, 1,000 yard, 10 TD mark.

College: Purdue
Drafted: 2006 NFL Draft, fifth round, 135th pick by the New Orleans Saints
Current: After bouncing around the NFL for his first three years, Ninkovich has found a home with the New England Patriots and played a crucial role in their 2014 Super Bowl season. He has totaled 254 tackles and 42 sacks for the Patriots in seven years.