Everything you need to know about Satellite Camps 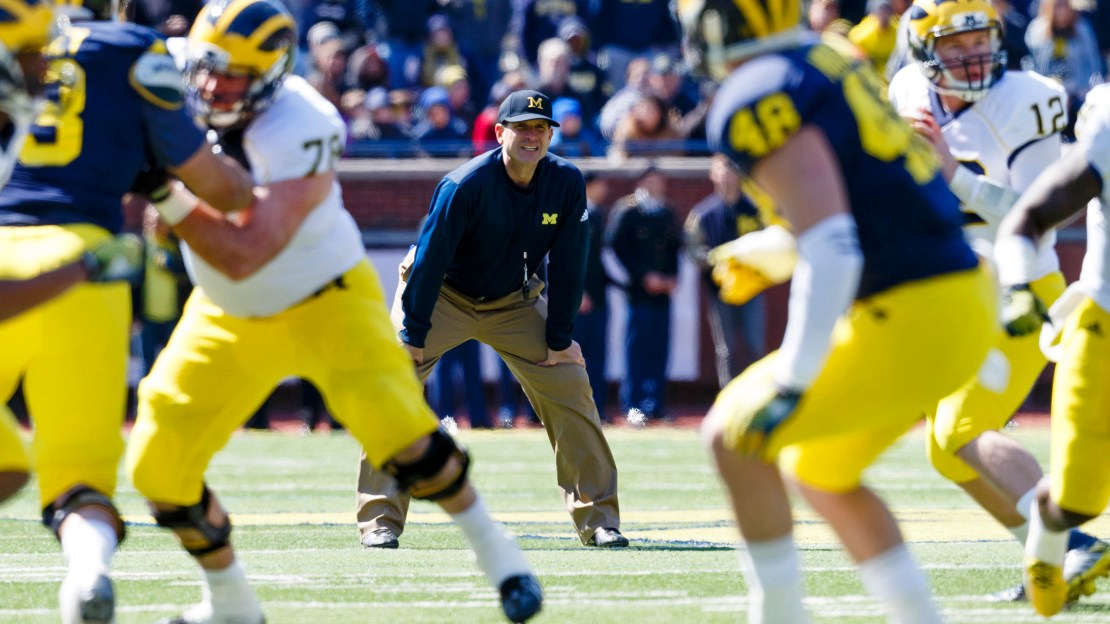 Satellite Camps have become the hottest topic across college football this offseason.

Earlier this month, the NCAA Division 1 Council voted to ban satellite camps across college football, a decision that did not sit well with many Big Ten individuals.

Now, reports have surfaced that the ruling on satellite camps could be reversed, with the first plan on action potentially coming to a surface at Thursday's NCAA board of directors meeting.

There are many unanswered questions about where we currently stand with satellite camps, and many still don't understand what the fuss is surrounding this issue.

I got in touch with ESPN.com's Tom VanHaaren, who has done an outstanding job reporting this story. Myself and Tom went back-and-forth in a Q&A format to help Big Ten fans gain a more clear understanding of satellite camps and where we stand today with the ban on them.

Here is everything you need to know about Satellite Camps.

Me: In simple terms, can you explain what exactly Satellite Camps are and why they are so controversial?

Tom: Satellite camps are essentially high school football camps held off an institution?s campus. Michigan coach Jim Harbaugh caused a stir with the summer swarm tour where Harbaugh and his staff held various camps across the country and invited high school football prospects from that area to attend.

Part of what made them so controversial is that ACC and SEC coaches said that they don?t want the camps because they would impede on their off time and would cause more work. What hasn?t been said publicly is that the camps also mean that schools outside the region are able to come in and get valuable face time with prospects in that region. That means coaches from other conferences get more in person evaluations and more time to recruit those prospects, which was a cause for concern for some coaches against the camps.

Me: Can you explain the voting process that took place, which led to satellite camps being banned?

Tom: Each conference sent a representative to the April council meeting to vote on their behalf and most conferences went in with a solid opinion on which way that representative should vote. It was a weighted vote, which means the Power 5 schools vote was worth two votes and the Group of 5 schools were worth one.

Me: Initially, we heard the Pac-12 and Sun Belt voted against Satellite Camps, but now commissioners are saying they would be in favor of them. Where do we stand on this?

Tom: The Pac-12 coaches took a straw poll vote before the actual council vote to see what their overall opinion was on the camps. From what I was told, that straw poll vote came out to 11 teams in favor of keeping the camps.

UCLA athletic director Dan Guerrero went to the meeting and voted to ban the camps, which was against what the Pac 12 coaches had agreed upon. Why, I don?t know.

Sun Belt commissioner Karl Benson said recently that if there were a revote today, his conference would be 7-5 in favor of keeping the camps. What changed the minds of the Sun Belt coaches, again I don?t know.

It seems odd that there was a vote cast against what the coaches wanted and it was odd that the Sun Belt and Mountain West both voted to ban the camps as those two conferences would benefit from such a thing.

Me: One of the most popular camps here in Big Ten Country is the Sound Mind Sound Body camp held in Detroit. How does this camp differ from a Satellite Camp, and what restrictions will this ruling have on SMSB?

Tom: The Sound Mind Sound Body camp is a camp put on by an organization outside of the NCAA and not directed by NCAA coaches. However, college coaches are able to come to the camp and interact with the prospects attending the camp. In the past, the camp has brought most of the Big Ten, MAC and other conferences in to evaluate prospects and get face time with the recruits in attendance.

An aspect of the camp ban that isn?t talked about as much is that the ruling also prohibits college coaches from being employed at another institution?s camp and it prohibits coaches from working a camp off their institution?s campus, which is exactly what the Sound Mind Sound Body camp is. So the appeal for thousands of prospects from all over is that they can go to one camp and have somewhere around 15 to 20 coaching staffs see him all in one place.

If the ban holds, then that will no longer be the case, which is part of the uproar. Recruits might end up paying more to get in front of the coaches they want to see because they will no longer be able to attend three or four camps with multiple coaching staffs on hand. They will have to go to each institution?s individual camp, which could get expensive.

Me: Is it possible the vote to ban satellite camps could be reversed, and if so, what would it take to do so?

The board of directors meeting is April 28 and the board is not obligated to take action against this piece of legislation, but I was told that there is a chance that they will discuss the ban and how it impacts the NCAA going forward.

The ruling could be tabled until next year to take some time to figure out the best course of action and would immediately allow for programs to resume satellite camps. If the board does not table it, then the individual schools can request that the ruling be rescinded once the board of directors meeting is over.

To get the ruling rescinded, there needs to be 85 FBS schools that electronically request that the rule be overturned. If that happens, then the ruling is defeated and can not be resubmitted for a two year period.

Me: We have heard that Michigan coach Jim Harbaugh and AD Warde Manuel are leading the charge on getting this vote reversed. Are these just reports or hard facts? And if so, where do we stand with that right now?

Tom: I think everyone will be waiting to see what happens at the board of directors meeting first to see if action is necessary. The programs can?t submit their request to rescind the vote until after that meeting, so we are likely in a holding pattern until that meeting takes place on April 28.

Me: What is the next step in the process, and when could we potentially expect a decision to be made on if the ruling of satellite camps will be overturned?

Tom: The next step is to wait for the board of directors meeting and see what they decide to do. With the department of justice reportedly snooping around on the ruling as well, I do believe we will see some sort of action on this.

What that action is, I?m not sure just yet. A few coaches I have spoken with believe the ruling will be tabled to gather more information and go from there. This has caused enough noise and enough coaches and programs have spoken out against it that I believe we will see some sort of action with this ruling.

For more information on satellite camps, follow Tom on Twitter, @TomVH, and check out his two most recent articles on the issue:

Will swell of support overturn ban?

Also, follow along on BTN.com as we will be providing updates on everything related to satellite camps and the upcoming rulings on the topic.