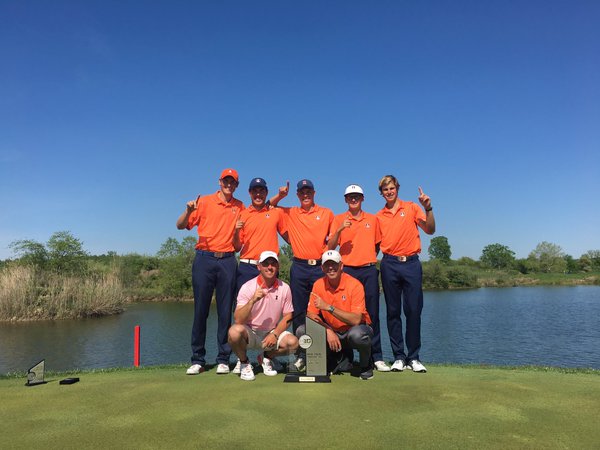 The #Illini are bringing home their 7th #B1G Championship in the last eight years! pic.twitter.com/B00nqtIx0R

Illinois claimed its seventh Big Ten title in the last eight years after shooting an event record 838 in the 2016 Big Ten Men's Golf Championships at Victoria National. The crown marks the Fighting Illini's 14th in program history, and it gives them the automatic berth to the NCAA tournament.

Illinois? team score bests the previous standard of 842 set by Ohio State in 2004.

The Fighting Illini were followed by second-place Iowa (851), third-place Maryland (866), and Michigan and Michigan State, which tied for fourth place with a team score of 867.

BTN will debut coverage of the Big Ten Men?s Golf Championships at noon ET Sunday, May 1. The NCAA Men's Golf Championship selection show will air on the Golf Channel on Thursday, May 5, beginning at 9:30 a.m.

Here's how the #Illini scores looked to close out the #B1G Championship this afternoon! pic.twitter.com/vvMLqDNlkD